Breaking down the lone sack allowed by the Pittsburgh Steelers in their 35-32 loss against the New Orleans Saints.

Steelers try to stretch the field but end up running into each zone window that’s covered. There’s no underneath route but again, given the situation, it’s difficult to fault the design. 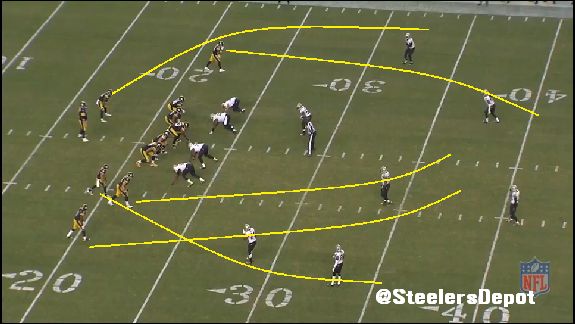 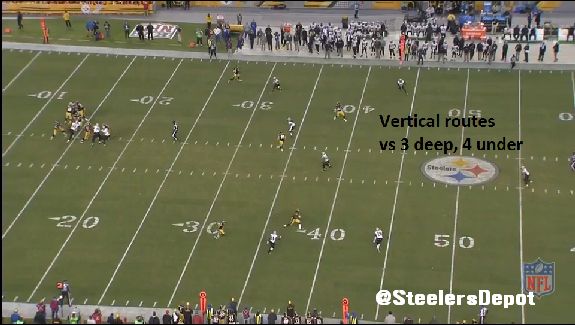 Along the line, Cameron Jordan bull rushes Mike Adams. He gets into his pads while Adams clings onto his arms. In control, he knocks the Steelers’ right tackle off base with a strong right hand. Jordan swims over, slips past, and brings Ben Roethlisberger down. 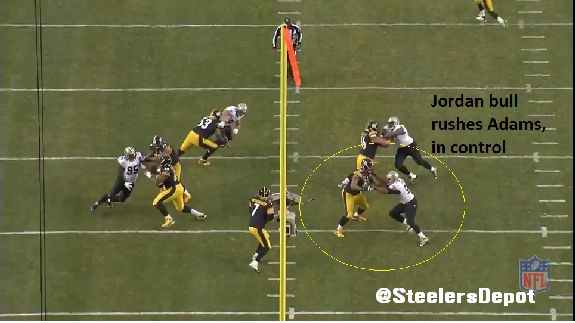 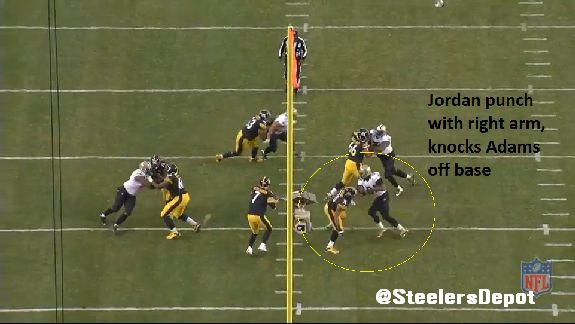 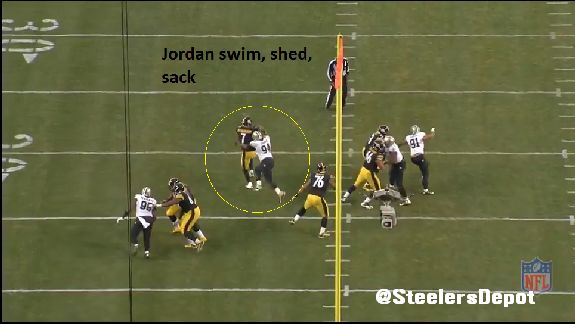 It’s no fun having to block against a defensive line that gets to pin its ear back ad go after the QB in an obvious passing situation but Adams still failed to absorb the bull rush. The blame falls on him.