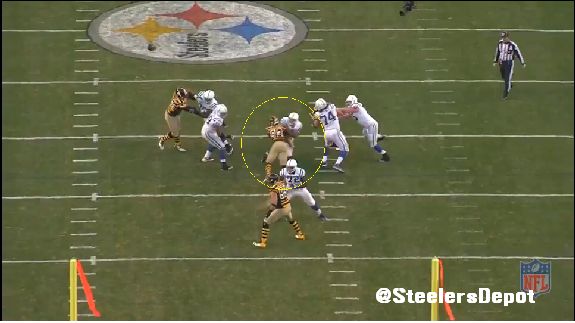 Splash plays and a lack of sacks. Two components that have made this version of the Pittsburgh Steelers’ defense difficult to watch and certainly uncharacteristic of seasons past.

Those two areas can be separated by inches and fractions of a second. And after combing through some of the recent big plays allowed, the difference between a big play and a sack have been slight. This doesn’t excuse blown coverages or missed tackles. We’re not going to go in-depth on every single play, either. But it’s interesting how close – yet so far – the Steelers pass rush has been.

We’ll start in Week Eight against the Indianapolis Colts. Andrew Luck’s 28 yard touchdown to T.Y. Hilton. Jason Worilds is chipped off the snap and knocked down but left alone because of that. He’s a half second late to Luck before the quarterback fires into the end zone.

Fast forward to Week 11 versus the Tennessee Titans. The Steelers gave up an 80 yard touchdown to Nate Washington right before the half. Arthur Moats is a tick late getting to Zach Mettenberger. He hits him right after the release. 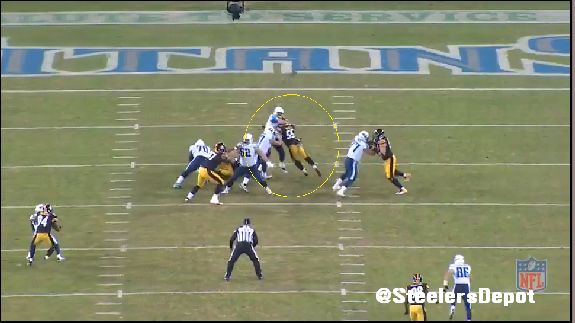 The following game after the bye against the New Orleans Saints. Kenny Stills 69 yard touchdown grab. Jason Worilds nearly reaches the throwing arm of Drew Brees but is a moment late. A split second is the difference between a touchdown and a potential forced fumble. 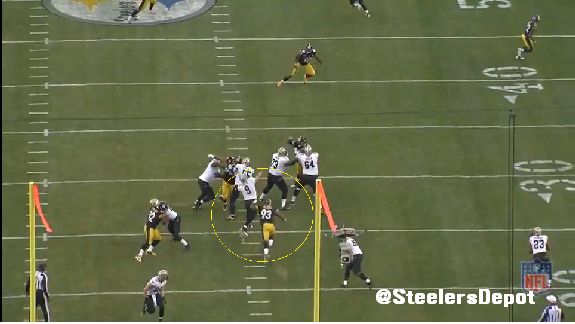 Both of the explosive plays allowed against the Cincinnati Bengals were near sacks. Steve McLendon sheds the center but can’t quite get to Andy Dalton in time, allowing him to complete this 56 yard pass to A.J. Green. 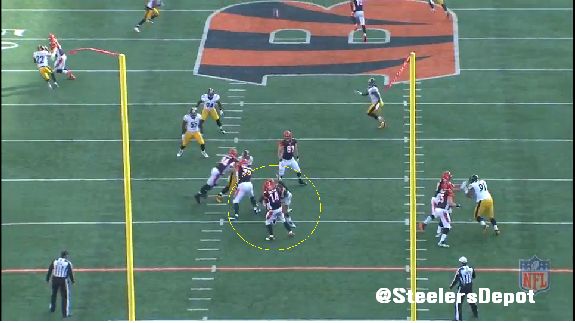 Lawrence Timmons nearly gets the quarterback on Green’s 81 yard catch and score. 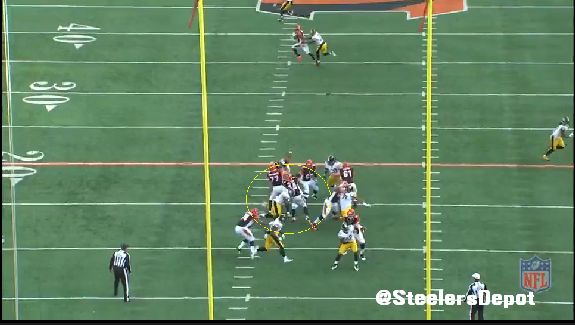 Add it all up and it comes to five completions for 314 yards and four touchdowns. An extra half second of time may have wiped out each big play.

Of course, it creates the question of the chicken or the egg. If the secondary holds up that much longer, it’ll create the sack. But for a defense that is always started with its pass rush, and one that has woefully underwhelmed, the blame begins there.

But the separation between an effective and ineffective pass rush is minute. The difference between sack and splash a matter of milliseconds. And the Steelers’ defense has been on the wrong side of it for the last several weeks.