With the play-action off the snap, this may look like one of the numerous packaged plays the Kansas City Chiefs ran Sunday. But it appears to be a designed pass without a run built in. The Chiefs’ offensive line has a pass protection set (high hat) and with the vertical route built in, you can’t risk an ineligible man downfield penalty by telling the line to fire off on a run.

The Chiefs stack their receivers to the bottom of the screen to force off coverage. Antwon Blake plays about nine yards off the line of scrimmage with Will Allen rolled up to the receivers. Both defenders can’t play at the line or run the risk of getting picked on a rub route (slant/flat).

The Steelers blitz nickel corner Brice McCain and inside linebacker Vince Williams, a common combination blitz the Steelers have run throughout the year. They’ve sent a defensive back and an inside linebacker 23 times in 2014, including at least once in the last three weeks. 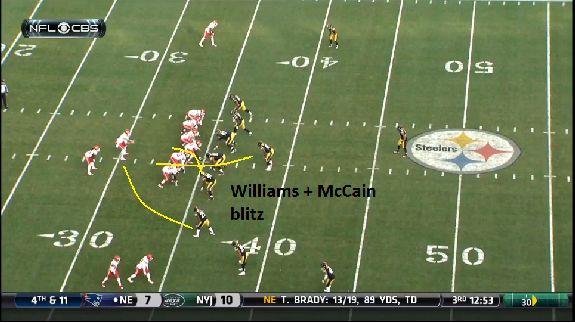 McCain does freeze for a moment because of the play-action. It’s long enough to eliminate him as a threat to the quarterback. 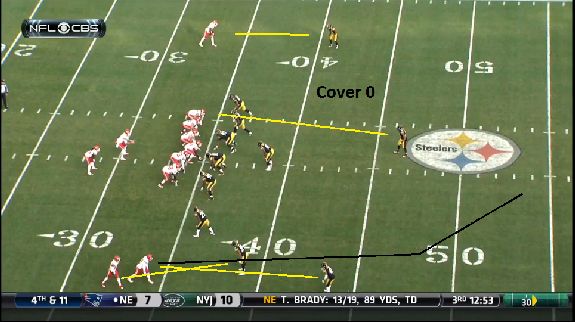 Couple things tease this out. 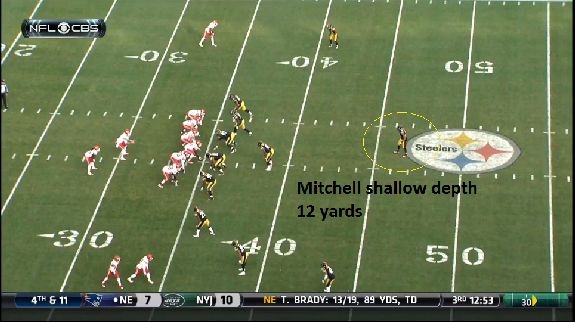 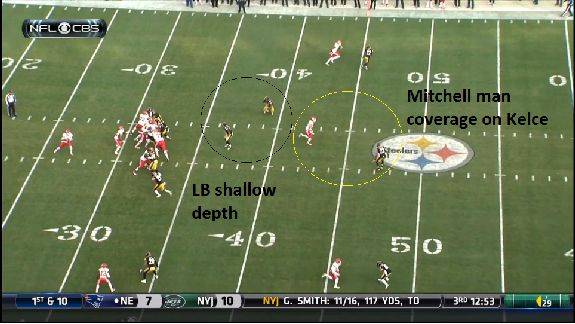 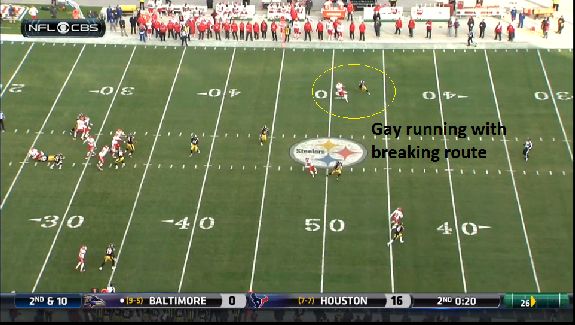 The issue? Blake is way late opening up his hips working against Wilson. He lets the receiver “eat up his cushion,” the space between receiver and defender.

Here’s Wilson with one yard of space between them and Blake still hasn’t opened up. He tries to bump Wilson, well past the five yard chuck zone anyway, and gets beat to the inside. Wilson has 4.38 speed. Blake is fast but no corner is going to be able to compete from that position. 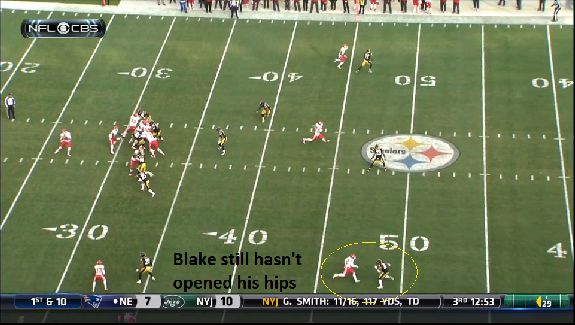 As soon as Wilson breaks inside on the post, he’s won the route. There’s little Blake can do but drive to the upfield shoulder and hope he can make a play on the ball. 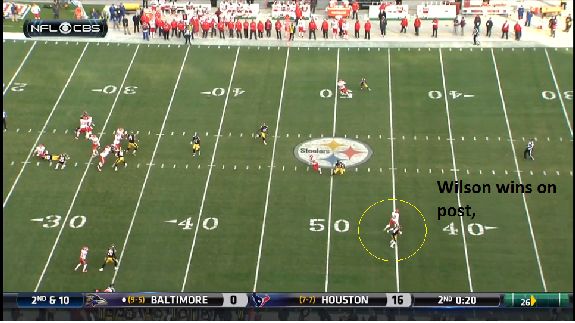 Luckily, Alex Smith’s pass is errant, perhaps aided by some last second pressure generated by Jason Worilds. Worilds had slanted inside to draw eyes to open up the nickel blitz but manages to dip right guard Zach Fulton and get in Smith’s face right before the release. 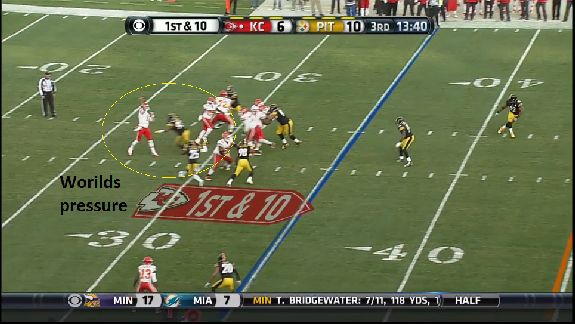 The pass falls incomplete and the Chiefs wind up punting on the possession.

Blake has had an inconsistent season. Not surprising given his lack of experience.

Cover Zero is a rare concept used by the Steelers. It puts its corners on an island. And with this secondary ups and downs, it runs the risk of exposing still an overall weak group if the blitz doesn’t get home.

If there is one explanation to the Steelers being conservative at times, this play helps explain why. Blitzes are partially dependent on trust in the secondary. Trustworthy is one adjective few would use to describe the Steelers’ secondary this year.