Pittsburgh Steelers cornerback Ike Taylor finally made it back on the field Sunday against the New Orleans Saints after having to sit out the previous eight games with a broken forearm, but things didn’t go smooth at all in the game for the 12th year veteran.

Taylor gave up four catches Sunday against the Saints with two ending up going for the touchdowns. One of those two scores went to Saints wide receiver Kenny Stills as the second-year speedster burned Taylor for 69 yards with a double move on third down and 10 from the Saints 31 yard-line.

On that play the Steelers were in quarters coverage with zone underneath. I’ve seen several people try to blame safety Mike Mitchell for not providing Taylor with any help over the top on this play, but as you will see in one of the pics and animated gifs of the end zone view below, Mitchell is responsible for Saints wide receiver Joe Morgan in his quarter of the field once his vertical route his passed of by the underneath man, William Gay. 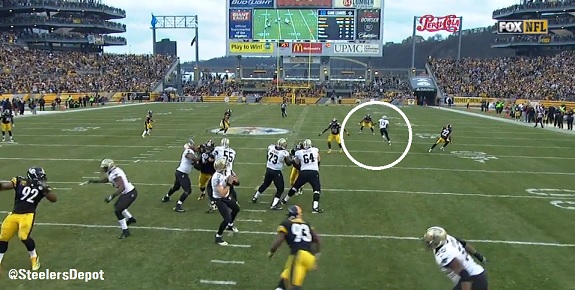 In addition, you will see that saints quarterback Drew Brees does an excellent job of holding Mitchell in his quarter of the field with his eyes before firing over the top to his right. 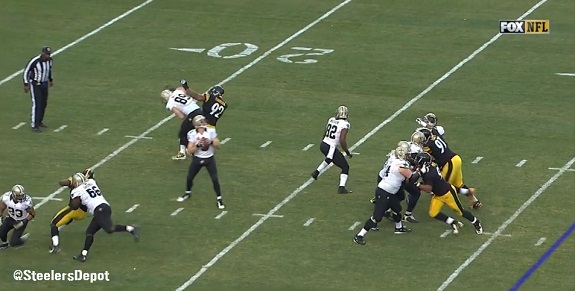 So, how did Taylor get beat? Remember, it was third down and 10 for starters, so Taylor probably thought he would try to sit on the sticks in an effort to prevent an out route on the sideline for a first down. Taylor also takes a peak into the backfield and in doing so he allows Stills to out and up around him. 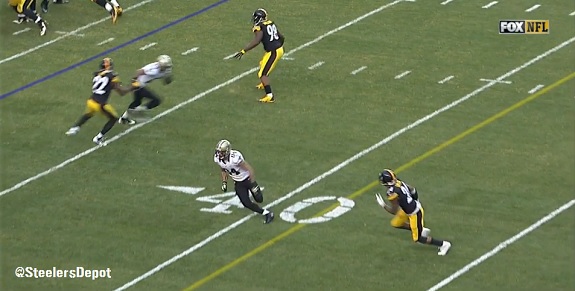 Once he knows he’s beat, Taylor lunges at Stills in an effort to either grab him or knock him off his route. In the process of doing so, he also loses his footing and at that point it’s all over. 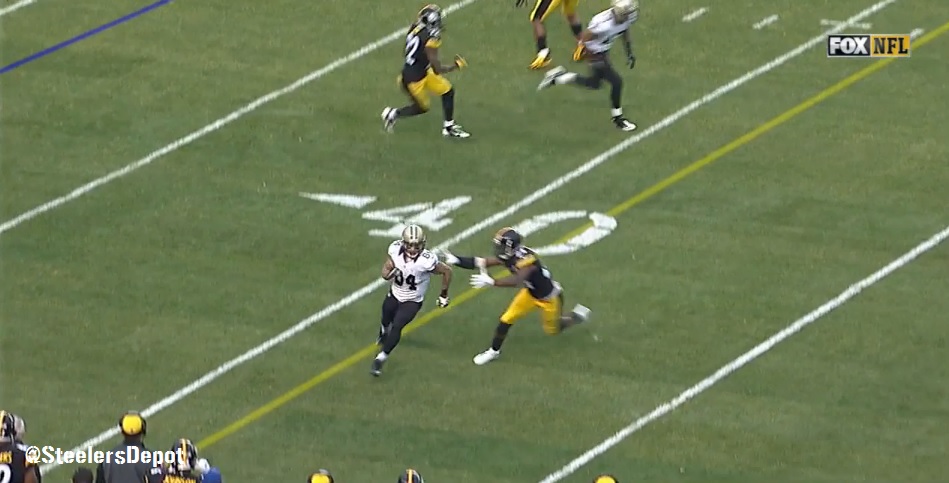 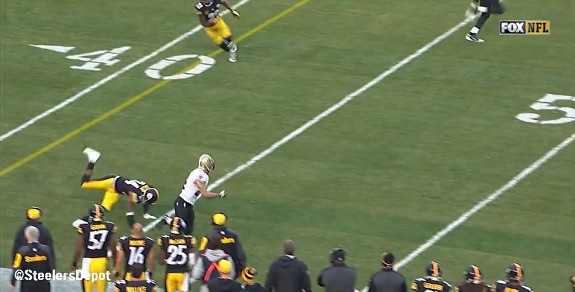 Taylor and Brees both talked about the play after the game.

“Your eyes can be your friend or your worst enemy,” Taylor said, according to the Pittsburgh Tribune-Review. “So when your eyes aren’t where they need to be, just for that split-second, that’s what happens.”

“It was a double-move and we caught a guy sitting at the sticks and Kenny was able to get by him, keep his balance and stay in bounds and it was a huge play in the game,” said Brees, according to the Saints official website.