Pittsburgh Steelers rookie wide receiver Martavis Bryant has mad a move on the depth chart as he’s now listed as the back-up behind Antonio Brown heading into the Week 17 game against the Cincinnati Bengals.

Bryant, who the Steelers drafted in the fourth-round out of Clemson, has 25 catches for 528 yards and seven touchdowns in nine games this season. With his next touchdown catch, he will become the second Steelers rookie in team history to post 8 in his first campaign and first since 1984 (Louis Lipps, 9). He also needs 77 receiving yards to become the seventh rookie in team history to record 600 in his first season.

The Steelers have kept things very simple for Bryant this season as his route tree has been very limited. He’s still very raw but he’s shown a great ability to get off of the line very quickly in addition to getting himself separated after doing so.

After being inactive for the Steelers first six games of the season, Bryant has played 280 snaps.

In addition to the Bryant move on the depth chart, wide receiver Darrius Heyward Bey has now moved to the No.3 spot behind Markus Wheaton and Lance Moore on the other side. 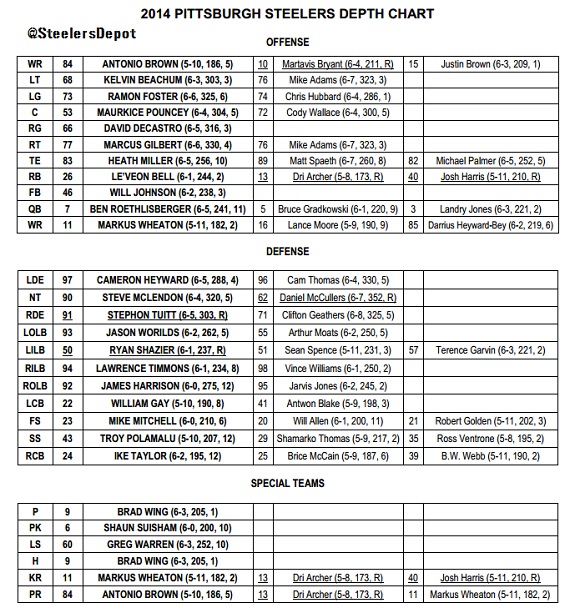