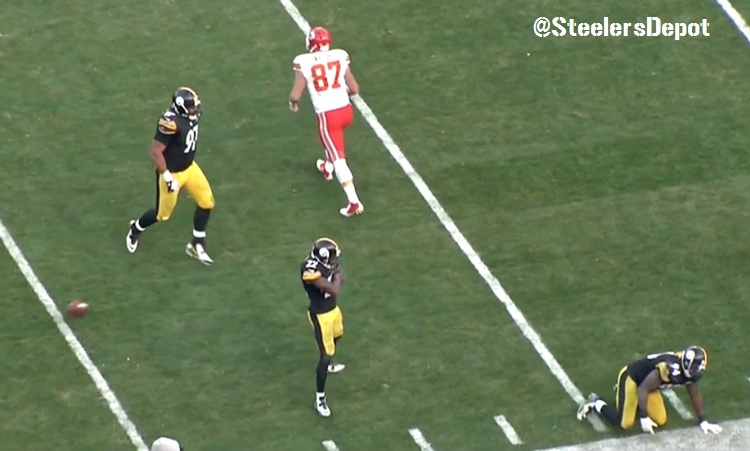 Dean Blandino, the NFL Vice President of Officiating, recently admitted that Pittsburgh Steelers cornerback William Gay shouldn’t have been penalized for taunting last Sunday when he posed to admire the third down play that linebacker Lawrence Timmons made in the fourth quarter of the game against the Kansas City Chiefs.

In his weekly officiating video, Blandino explained what all of us already knew. (Taunting: 10:26 mark)

“He’s not doing it directed at an opponent, he’s doing it at his teammate,” said Blandino of Gay’s pose after the play was over. “This was called, it shouldn’t have been. The officials have been directed not to call this going forward.”

Instead of having to punt from their own 25-yard-line with just over 12 minutes remaining in the fourth quarter, the taunting penalty gave the Chiefs a new set of downs and the ball at their own 40-yard-line. Five plays later they made it a one score game thanks to a 43-yard field goal.

At least the league has publicly admitted that their officials made a mistake and we can only hope that calls such as this don’t go against the Steelers once the playoffs get underway.