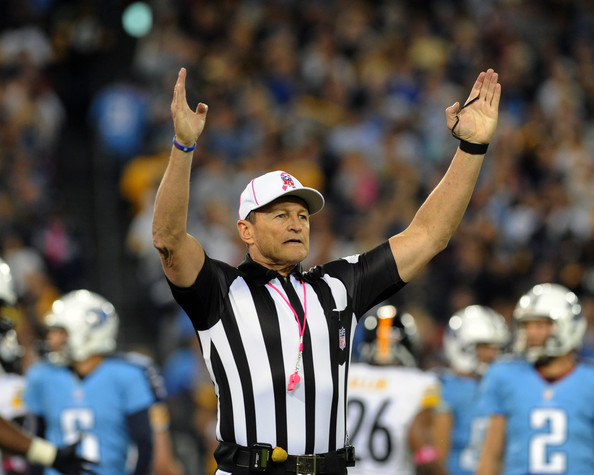 The AFC North title will be up for grabs Sunday night when the Pittsburgh Steelers host the Cincinnati Bengals at Heinz Field and it’s being reported that Ed Hochuli will be the referee for that game.

FWIW, one confirmation for next week's @steelers vs. #Bengals game – referee will be Ed Hochuli.

Including the playoffs, Hochuli has refereed 20 Steelers games dating back to 1999 and Pittsburgh went 13-7 in those contests.

The Steelers are also 3-0 in the three games against the Bengals that Hochuli has refereed. Two of those games had memorable jaw-breaking hits that weren’t flagged.

In 2008, Hochuli  was the referee when wide receiver Hines Ward broke the jaw of linebacker Keith Rivers.

Just last season, Hochuli worked the game between the Steelers and the Bengals that included linebacker Terence Garvin breaking the jaw of punter Kevin Huber during a punt return by wide receiver Antonio Brown that culminated in a touchdown.

The Steelers opened up as 3.5-point favorites over the Bengals