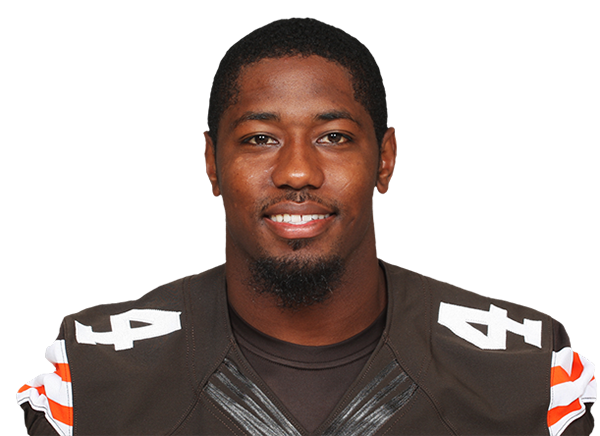 Despite the fact that Pittsburgh Steelers running back Le’Veon Bell has been reporting getting along better yesterday on that hyperextended knee, to the point of working out exuberantly on an exercise bike, the team has nonetheless taken the precaution of signing a veteran running back to the roster ahead of their opening round playoff tussle with the Baltimore Ravens.

The move, made yesterday, was to bring in former Houston Texans running back Ben Tate, who was signed by the Cleveland Browns this offseason to serve as their featured runner before he was passed over by a trio of rookie running backs.

After expressing discontent with his place in the rotation, the Browns released Tate, and he was later signed by the Minnesota Vikings, playing three games. In 11 games this season, between the two teams, Tate gained 371 yards on 119 carries, or just 3.1 yards per carry.

The decision to sign Tate was assuredly more of an insurance policy rather than a Plan B if Bell cannot play. He will likely still give way primarily to Josh Harris, the Steelers’ undrafted rookie back who spent most of the season on the practice squad.

Harris carried the ball five times on Sunday following Bell’s injury, though he only gained seven total yards. One play included a three-yard loss due to poor blocking. He also had a 59-yard run taken off the board on his first touch of the game because the Steelers were called for a hold—their one penalty on the day.

Though he’s short on in-game experience, the Steelers do seem content to turn to him as the primary ball carrier in the event that Bell does not play on Saturday, rather than turning to the newly-signed Tate, who has no experience working in Pittsburgh’s system or with their offensive line.

Truthfully, the Steelers may not rely much on their running game at all during their first playoff game.

While they averaged 5.5 yards per rush in the first matchup during the second week of the season, Pittsburgh did not prioritize the run in that game, instead airing it out 37 times when they quickly fell behind. For his part, Bell gained 59 yards on just 11 carries, while the Steelers also used four wide receiver end arounds to total another 32 yards.

The Steelers struggled significantly to move the ball in the second matchup, despite putting forth a more concerted effort to do so. Bell and LeGarrette Blount combined for 20 rushes, but gained only 43 total yards for their efforts.

The Ravens will be getting back Haloti Ngata this week to pair with Brandon Williams up the middle, so Baltimore, who finished fourth in the league in rushing yards allowed per game, will not be an easy team to run against, even if Bell does play.

Beyond that, the Steelers have struggled to do so over the course of the last three weeks. All signs point toward Tate playing an insignificant role behind a pass-heavy offensive attack.