Observations from the Pittsburgh Steelers Week Five 17-9 victory over the Jacksonville Jaguars.

– Cameron Heyward doing a good job of taking on this cut block, staying on his feet and helping to make the tackle. 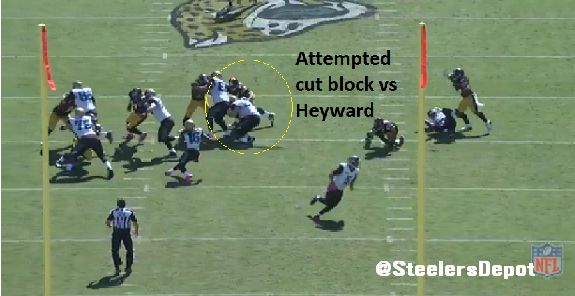 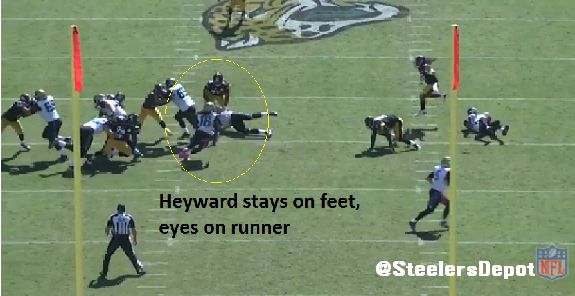 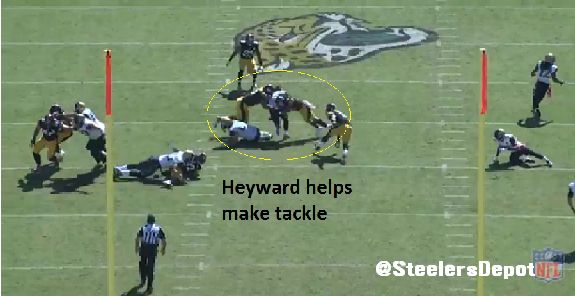 – False step by this Jacksonville linebacker. Takes a step back on the snap. Makes it easier for David DeCastro to stick and seal him. 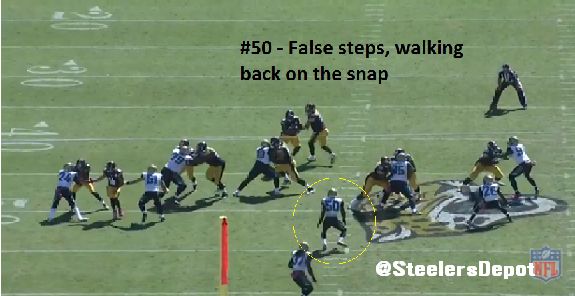 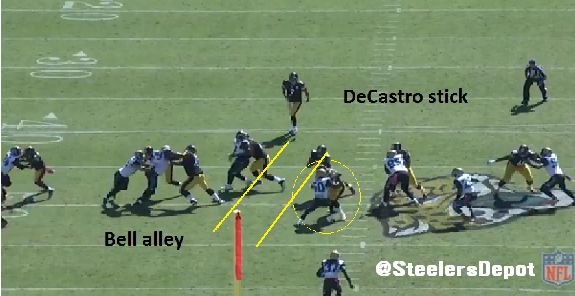 – Big screen for Jacksonville created in part due to Sean Spence blitzing. No defender in the area. Whole lot of green. 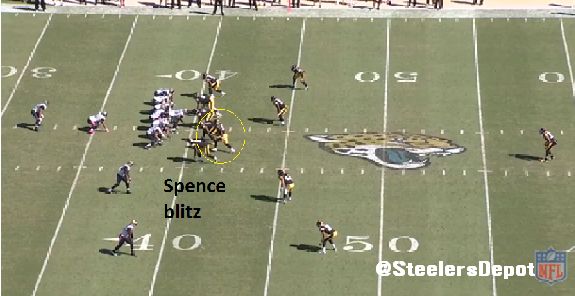 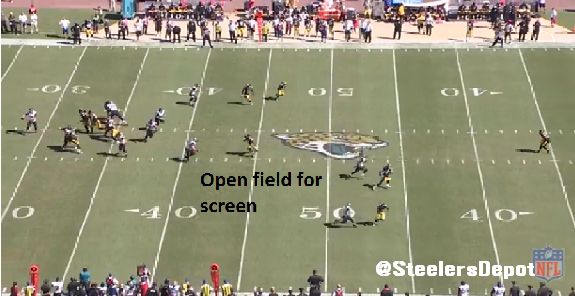 – Steelers have miscommunication, leaving a Jacksonville receiver uncovered to the bottom of the screen. Blake Bortles completes it for a five yard gain. 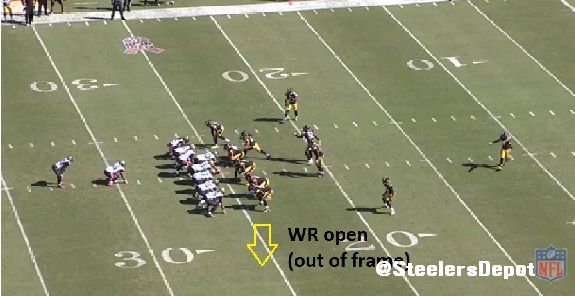 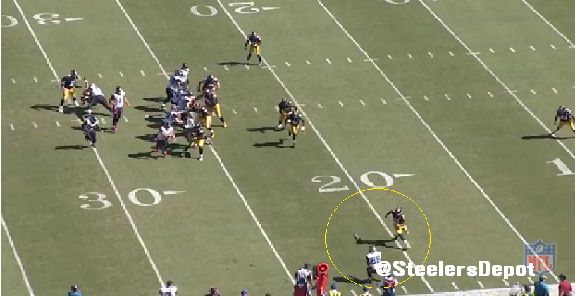 – Arthur Moats getting low versus the tight end, shedding, and making the tackle. Asset against the run. Honestly, haven’t really missed Jarvis Jones.

– Antonio Brown’s 30 yard catch. Todd Haley lines him up in the slot. Continuing to get creative with him. Never want to use your best weapon statically. Make him as dynamic pre-snap as he is post-snap. 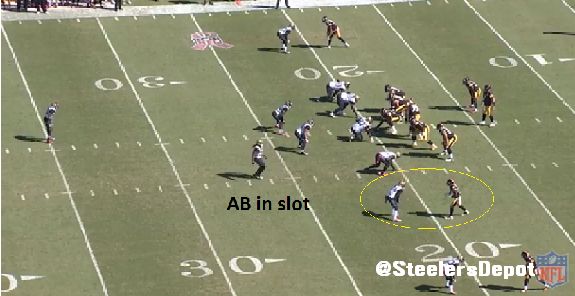 – Justin Brown with perhaps his best play in his short NFL career. Play where Ben Roethlisberger pump faked a thousand (three) times. Brown runs away from the coverage on this scramble drill and makes the catch despite taking a big blow at the end of it.

– Defense checks into James Harrison being removed from the core of the formation to cover the slot. Winds up for a two yard loss by Deebo. 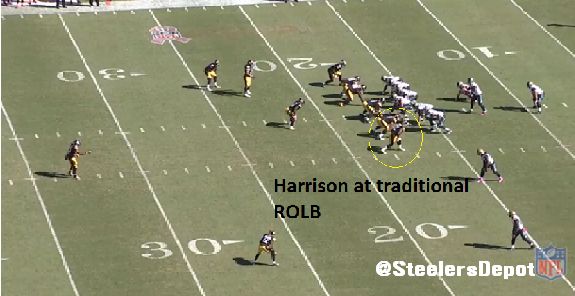 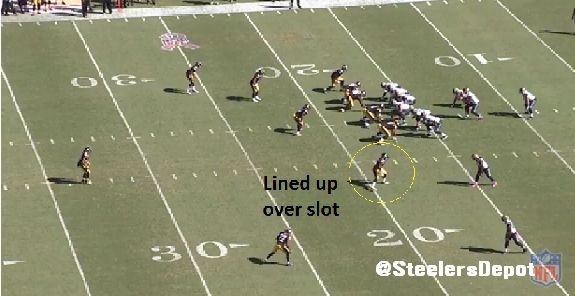 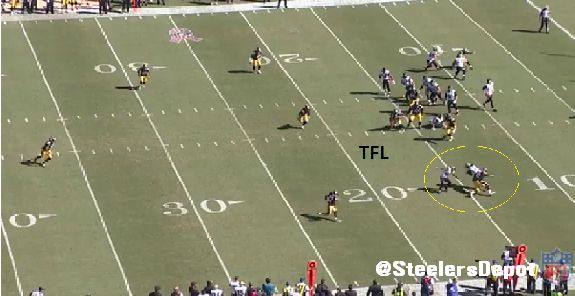 – Brice McCain’s pick six. Remember that slant/flat combination route Jacksonville completed in the first half? We see it again and this time, McCain makes them pay. Poor ball placement by Bortles, too.

– Team seems to be running less split zones the last two or three weeks than they did in the beginning. Not making the rushing attack any less effective, though.

– Late 4th quarter punt. Steelers start with normal, tight splits, than split wide, and bunch back together before Brad Wing gets it off.

– Vintage Troy Polamalu here. Take on the fullback, spill the run inside, and still make the tackle. I don’t know how many of those moments are left. Making sure I appreciate them. 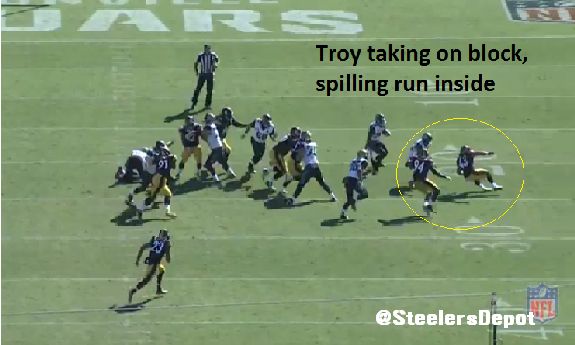 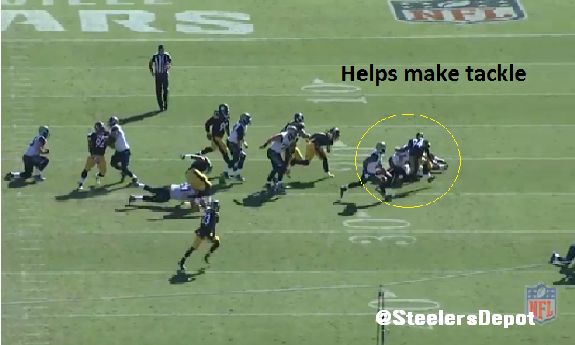 – Steelers “sugar the A” creating confusion along the Jaguars’ line. Something I thought Dick LeBeau should’ve done more off against an overall soft interior line. Especially with a 7th round rookie at center. Miscommunication between the LG and LT, allowing Brett Keisel to rush free and bat the pass down.

Of course, with the Steelers rushing six and the Jaguars only blocking five, someone is going to have a free rush. But Jacksonville probably doesn’t want that guy to be Keisel; the player directly in Bortles’ throwing lane. 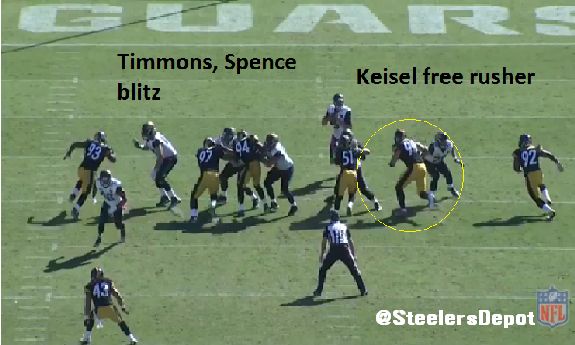 – Just a single jammer, McCain, with Shamarko Thomas out. 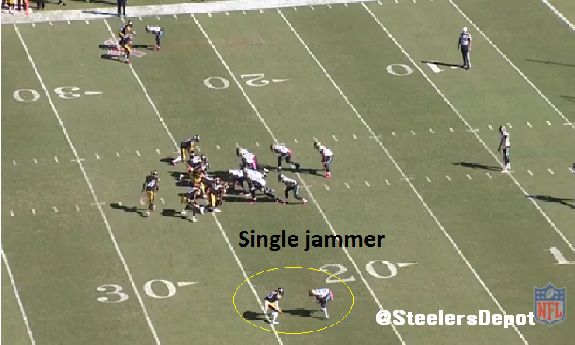 – Great, understated effort by Ben to pump fake on this handoff in order to hold the playside end. Lets Le’Veon Bell cut back without issue. 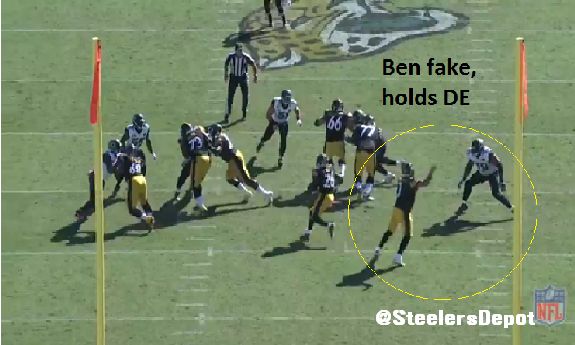 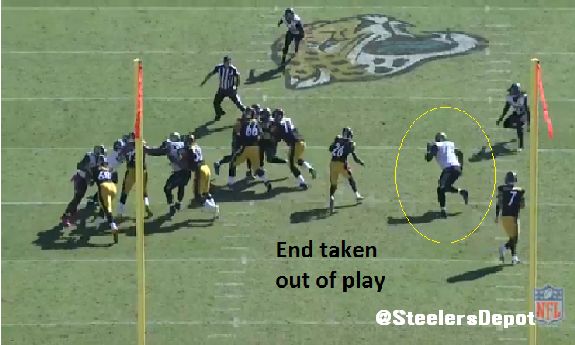 – Packaged play, same design as the 3rd and 5 run against the Tampa Bay Buccaneers. Easy decision to throw here. Wherever the slot corner isn’t. Just two defenders to the three receiver side. Win for the offense. Nickel corner follows No 2 on the swing, Ben hits a wide open Heath Miller down the seam. 13 yard pickup. 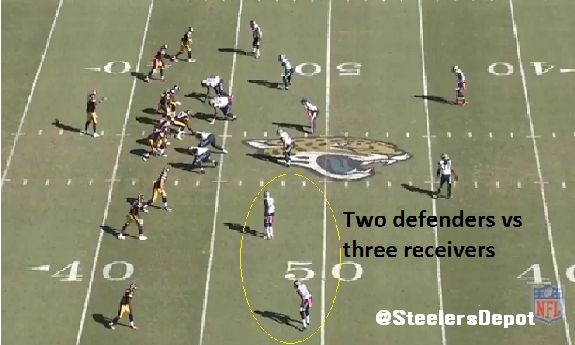 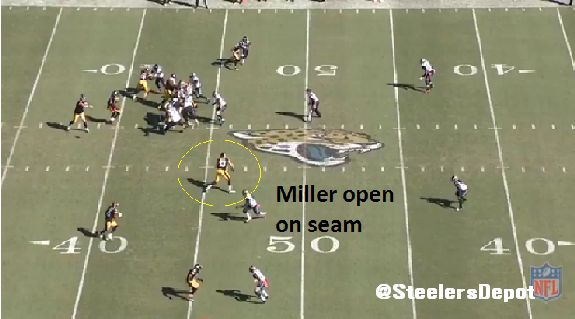 – Know you’d rather force the CB to come up in run support than the safety but still can’t help and feel Will Johnson should’ve kicked out the corner and let Blount run down the hole to meet the safety head on. 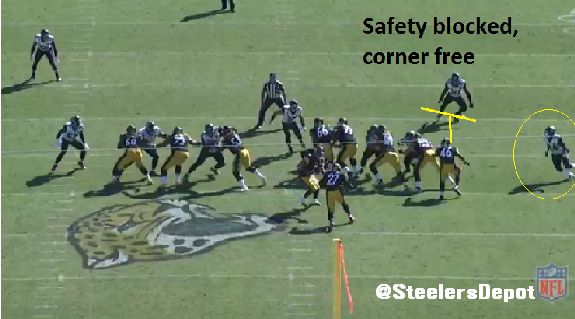 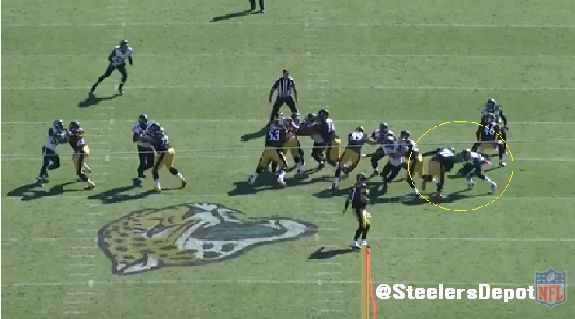 – One overall thought I want to include. Thought Mike Mitchell had his best game of the season. See how he stacks it this week.

– Haven’t broken it down empirically, but for what it’s worth, numerous Steelers’ red zone passes were extensions of the running game. Screens, swing passes, etc.