Breaking down the three sacks allowed by the Pittsburgh Steelers in their 30-23 Monday night victory over the Houston Texans.

We get T/E stunts from both sides. The DT serves as the penetrator, his goal to carry the guard, with the OLB serving as the looper and the ideal source of pressure. 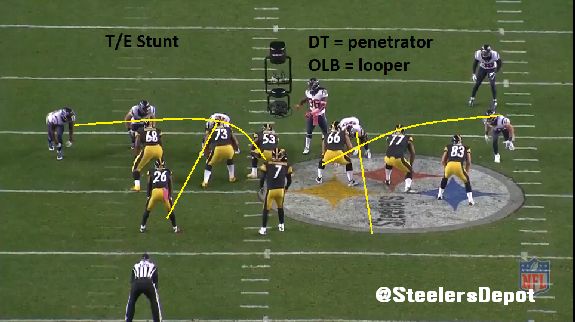 Although David DeCastro and Marcus Gilbert don’t pass off their stunt, it’s likely due to the penetration J.J. Watt is getting coupled with Gilbert not needing to kickslide because of Miller’s initial help. There’s no way those two pass the stunt off. There’s no need for it.

But regardless of man or gap schemes, the goal is to have the guard pick up the looper and the tackle the penetrator. But it’s not that simple. In a man scheme, the tackle does need to alert the guard of the stunt. The guard will also assume there isn’t a stunt unless he is told otherwise. You can’t guess stunt when you see the tackle shoot a gap. Guessing wrong results in allowing easy pressure.

As the tackle recognizes the looper, either by seeing the actual stunt, the linebacker tipping a pre-snap tell (usually a change in stagger) or a soft/slow rush, he does two things to communicate to the guard.

We can’t be sure Kelvin Beachum verbally cues Ramon Foster, so it could be his fault for not doing a good enough job in communication, but it does appear he hits the penetrator once he recognizes the stunt. 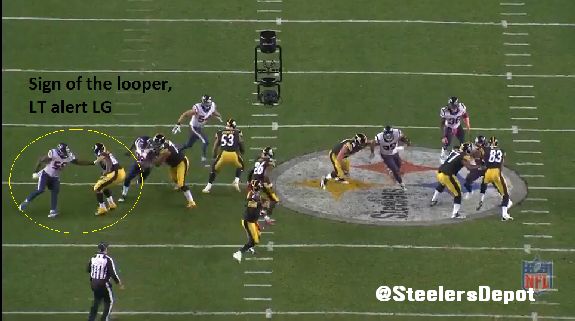 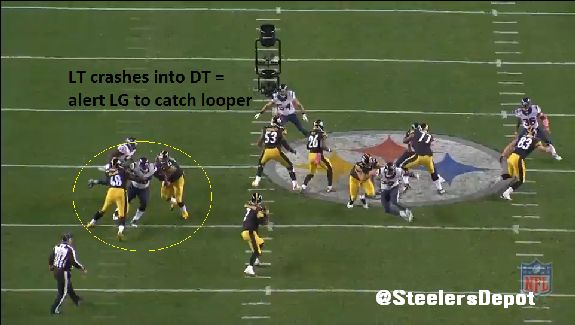 Foster never has “active” eyes to find the looper. Sticks on the tackle the entire time, allowing Whitney Mercilus to rush freely. 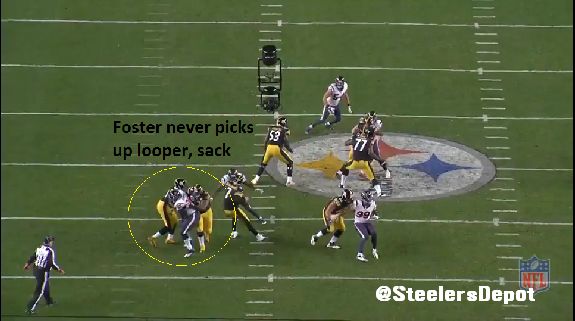 With Pouncey’s eyes occupied, it’s a free rush. Mercilus pops the ball out on a relatively soft fumble by Ben Roethlisberger.

It’s frustrating on two fronts. The Steelers have done a tremendous job in stunt pickup all season. The sack was given up to Mercilus, who came into the game without a sack in 340 snaps. Likely the worst mark in the league for an outside linebacker. 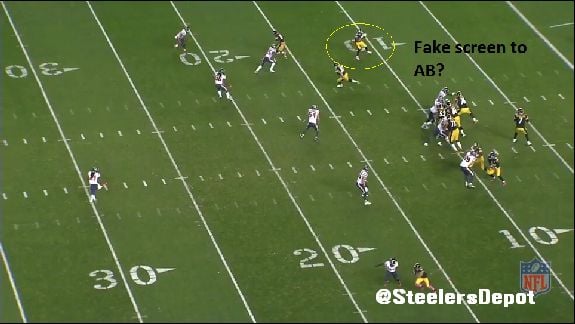 Ben’s second read is Heath Miller breaking across the middle of the field. He’s waiting another moment or two to pull the trigger as he enters the open window in the defense. 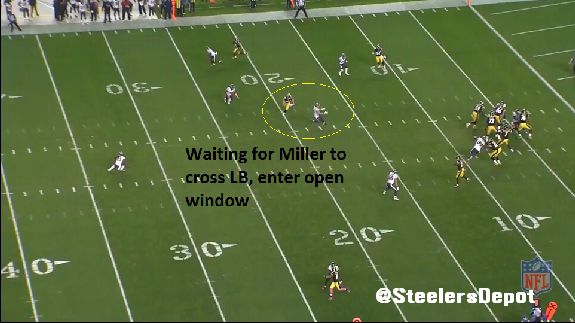 That doesn’t happen though as the pressure from Watt disrupts the play.

Little bit of bad luck here. Le’Veon Bell is chipping and gets a good piece of Watt, knocking him to the inside. So much so that Beachum can’t move laterally enough and Watt drops Ben. 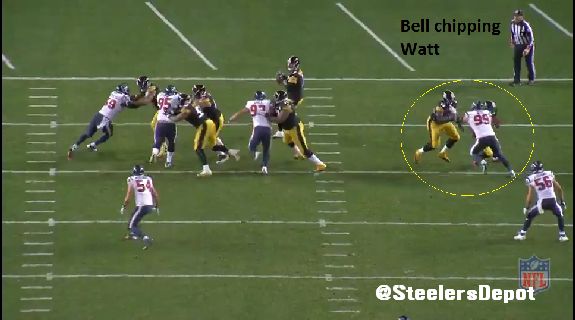 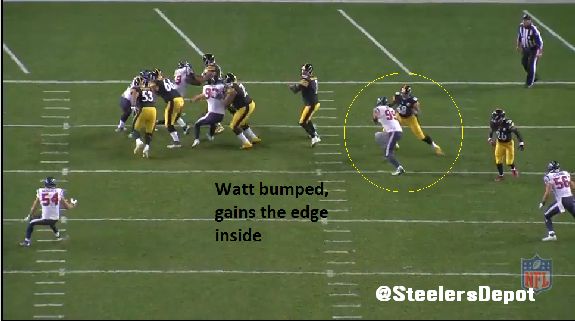 Still going to give the full sack to Beachum even if it is admittedly an unfair tally. Don’t like putting “bad luck” in my blame. 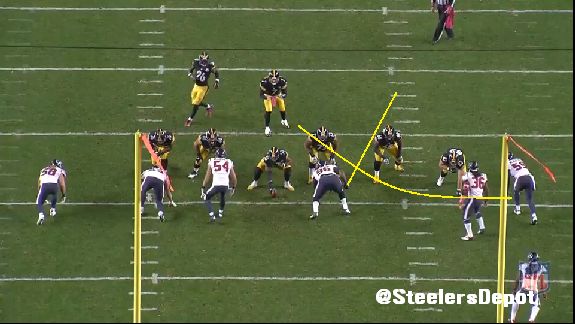 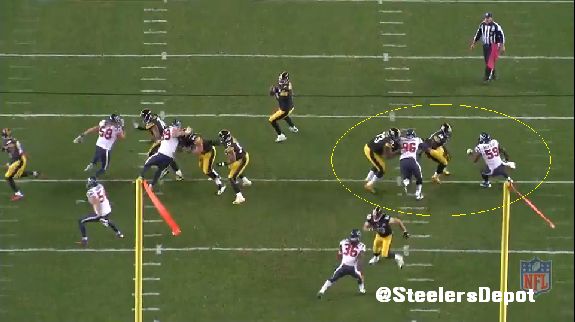 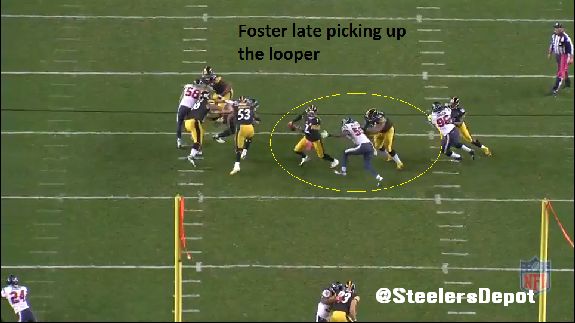