Breaking down the four sacks allowed by the Pittsburgh Steelers Week 5 against the Jacksonville Jaguars.

Steelers in the red zone, causing the windows for the offense to significantly tighten up. Both backs release to the flat in an attempt to widen the defense. But there are still underneath defenders. Justin Brown and Antonio Brown appear to run a mesh concept with Heath Miller sitting down in the end zone. 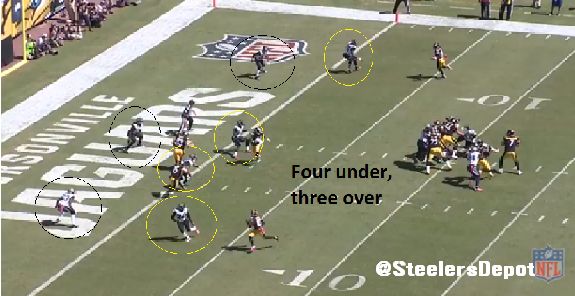 It’s well covered but the receivers could’ve done a better job in their scramble drill. Especially Justin Brown. He’s trying to sit down between defenders in zone coverage. It’s technically not an incorrect read; the rule is to sit vs zone and run vs man. But with the window so tiny, Brown needs to keep running until he crosses the face of the next defender and has some space. 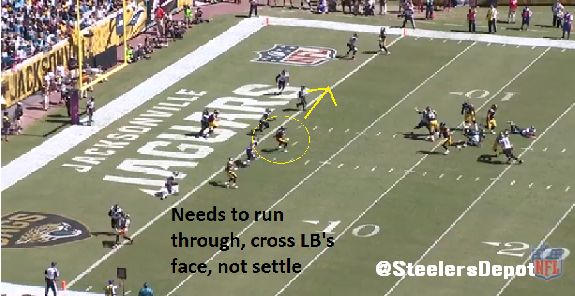 Along the line, Marcus Gilbert gets pancaked on a T/E stunt. Sen’Derrick Marks leverages him and plants the right tackle into the ground. Creates some pressure that forces Ben Roethlisberger to escape. 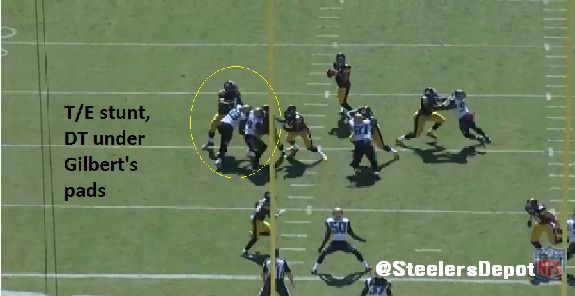 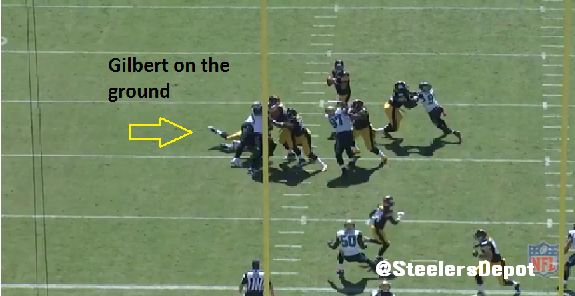 Blame: Half on wide receivers, half on Marcus Gilbert 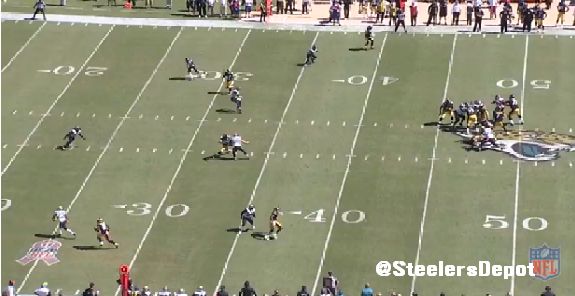 Tough to be picky along the offensive line. But defensive tackle Arby Jones (#95) works through Maurkice Pouncey to snag Ben Roethlisberger down.

This is obviously a partial cover coverage sack. A little over 3.5 seconds from snap to sack, an eternity in the NFL. Someone needs to get open. But Pouncey does get walked into the pocket and lets the tackle shimmy through. Fine line between giving blame or not but I chalk up half a sack to Pouncey on this one.

Blame: Half on wide receivers, half on Maurkice Pouncey 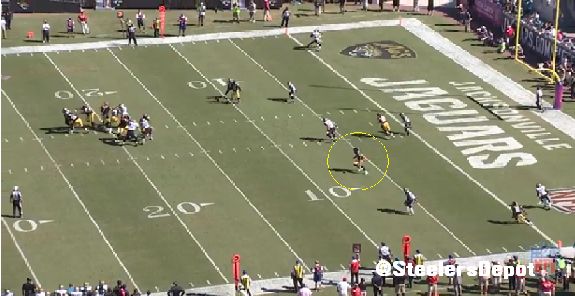 On the line, Ramon Foster finds work by helping out Kelvin Beachum with the end. Leaves Pouncey solo on the DT. As Ben Roethlisberger starts to flee the pocket, the tackle no longer has to work through the lineman. Can shed and work at an angle. Ball is knocked out and Jacksonville recovers. 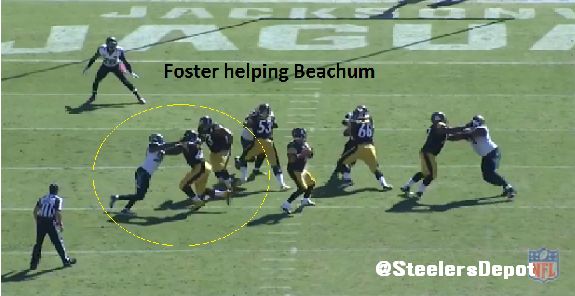 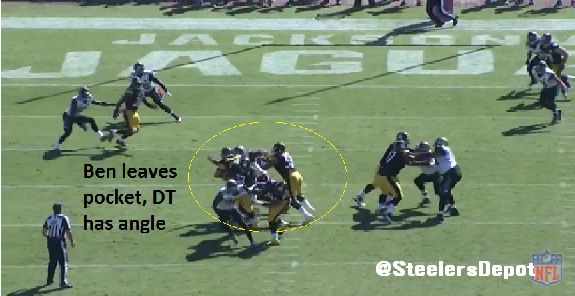 Fine line between giving Pouncey the blame here or not. I won’t do so here because of the angle advantage the tackle had.

Pump fake the angle route to Antonio Brown and attempt to throw a middle screen to Heath Miller. But the defensive end reads it well and snuffs it out. 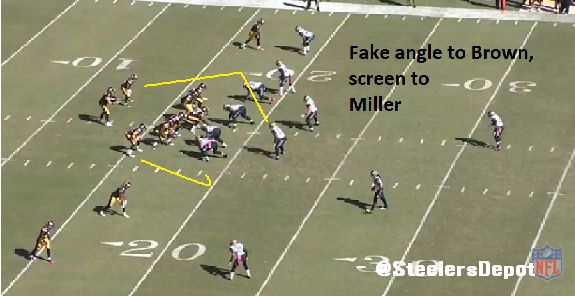 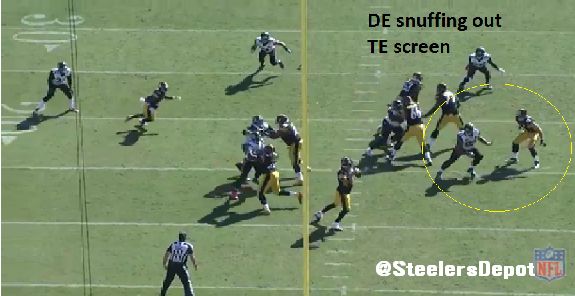 With no other options, Ben Roethlisberger immediately takes off. Zero yard sack.

Hate to use it as a crutch, but the Jaguars’ coverage is conducive for these types of sacks. Conservative style that takes away a lot of the offensive windows. Another coverage sack and this one isn’t up for much debate. Great recognition by the end, too.