Below is a breakdown of the five sacks allowed by the Pittsburgh Steelers Sunday afternoon against the Tampa Bay Buccaneers.

Gerald McCoy, with his busted left hand, clubs left guard Cody Wallace, knocking him off balance. Ugly for Wallace but to be fair, it sucks getting hit with a club like that. 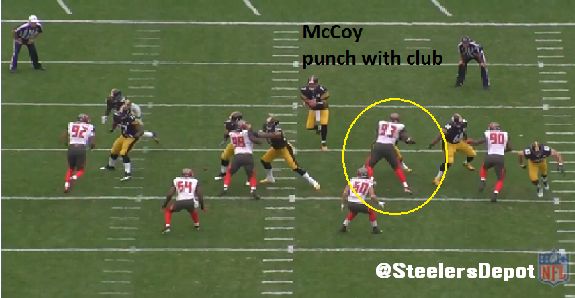 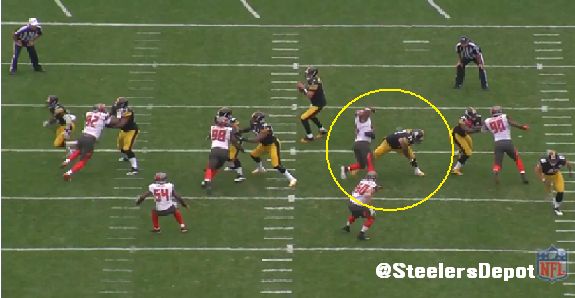 Wallace never recovers and McCoy brings down Roethlisberger for an easy sack. 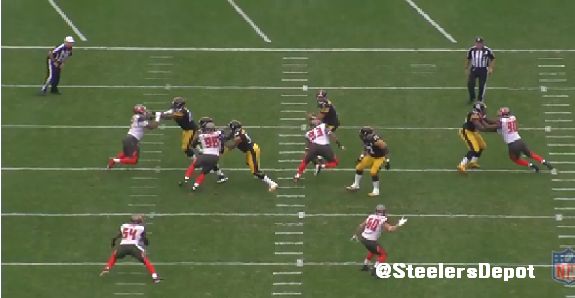 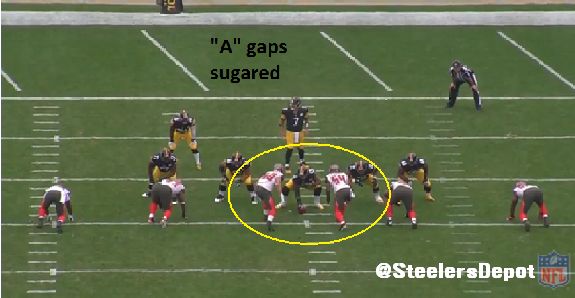 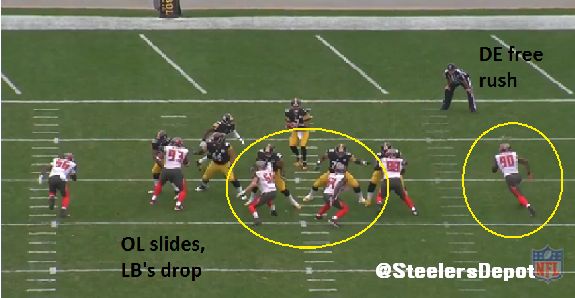 Play is a screen for Le’Veon Bell, releasing to the left flat from the offense’s point of view. It’s an obvious mismatch no matter what but he can’t even square up the end. He tries to shove him as they pass but Johnson does a nice job of dipping his shoulder and not getting knocked off balance. 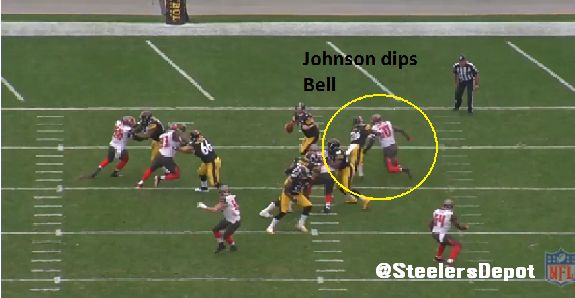 Nowhere to run, nowhere to throw. Ben has the ball down by his waist and Johnson pops it out. Tampa Bay recovers. 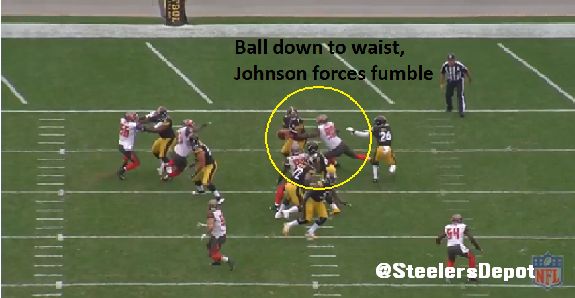 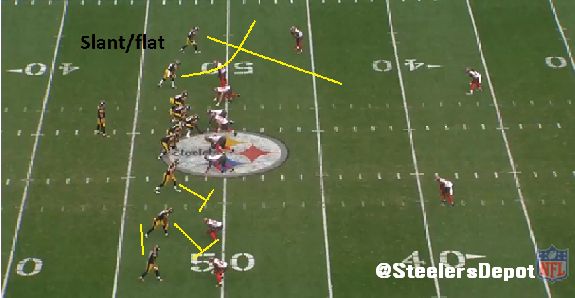 With the flat taken away, Ben looks to Antonio Brown on the slant. The corner is playing flat footed instead of going into his pedal. 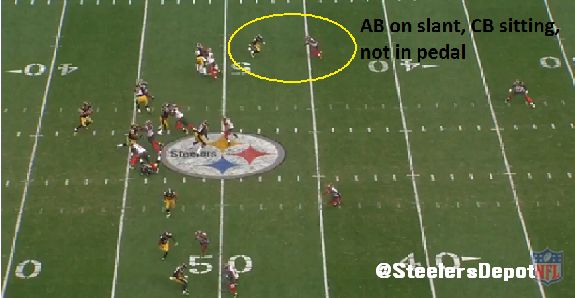 Brown should be crossing the corner’s face underneath. That’s what Roethlisberger expects him to do. But for whatever reason, Brown runs over the top of him. Ben is about to throw the slant but sees Brown over top the corner, pulling back mid-throw. Still can’t believe how he hangs onto the ball. No one else in the league can do that. 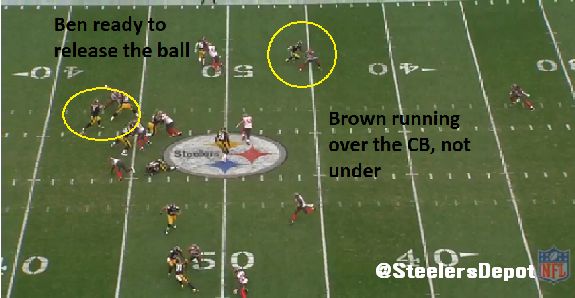 Ben is pointing to Brown after the play, motioning for him to break the route in front of the corner. 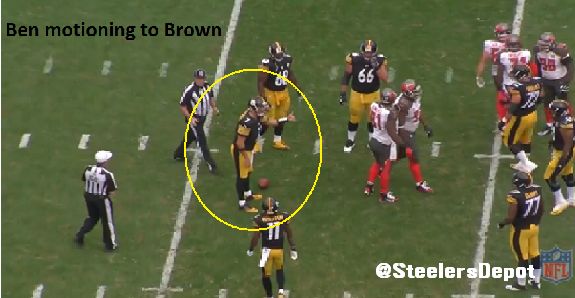 By that point, the pressure is already there. Kelvin Beachum is beat by Scott Solomon. Initially, Beachum looks fine. Good base and shoots his arms. As Solomon dips, Beachum’s feet inexplicably stop moving. His upfield toe opens up, letting Solomon beats him and crunch Ben. 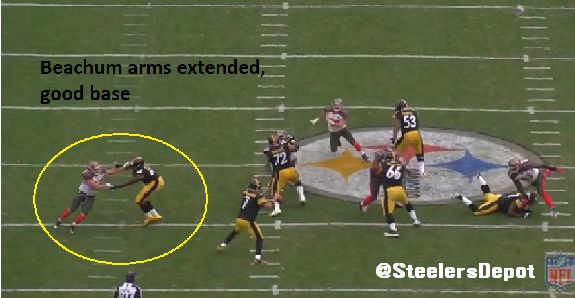 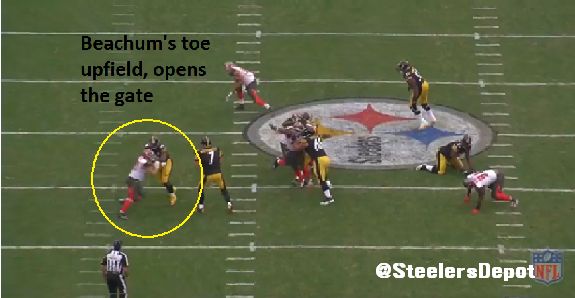 Blame: Half on Kelvin Beachum, half on Antonio Brown 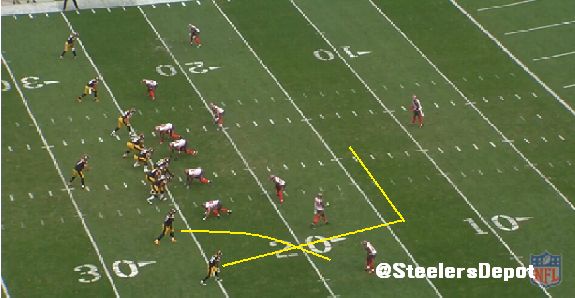 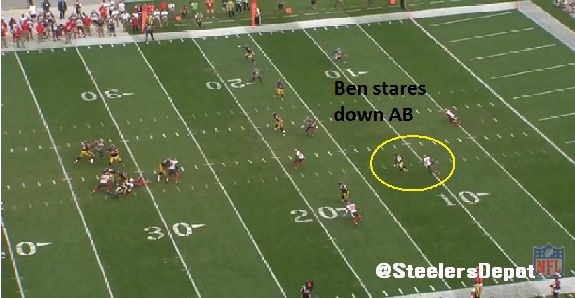 On the line, we look back to Beachum vs Johnson. Again, his initial base is fine. Good base and he has his arms extended. But Johnson generates a good push, knocking Beachum off his base with his left arm. So much so that Beachum’s right leg flies up into the air, causing the tackle to lose his power and unable to mirror as Roethlisberger climbs the pocket. 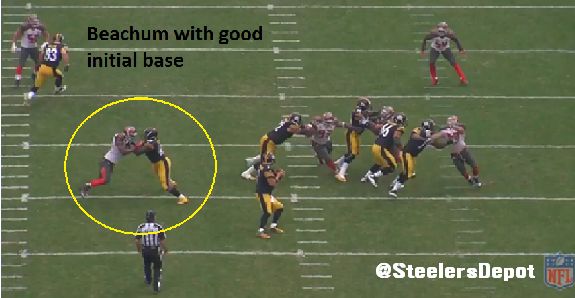 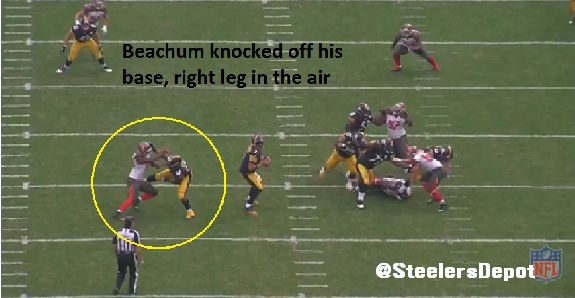 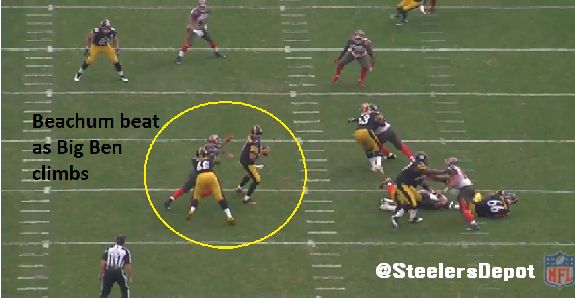 Blame: Half on Roethlisberger, half on Beachum 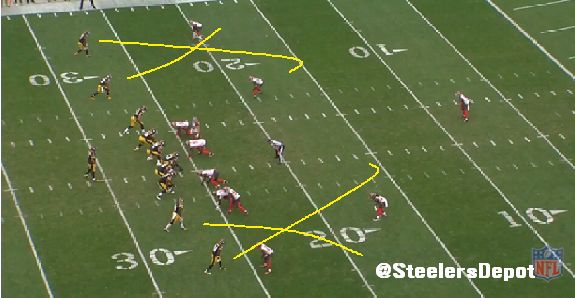 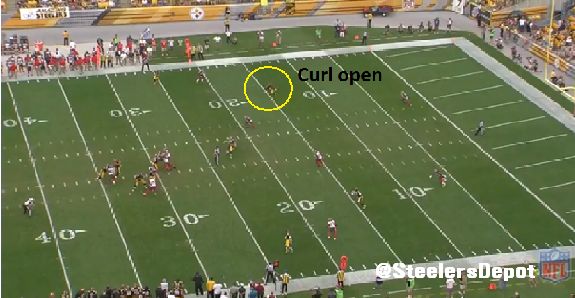 Tackle/end stunt. Beachum sees it but executes it poorly, doubling over. 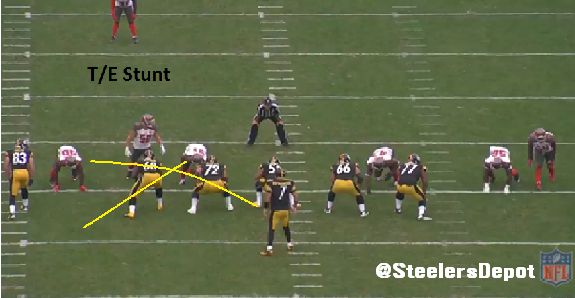 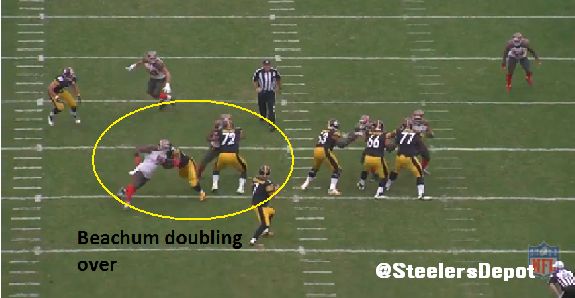 Roethlisberger gets taken down. Also, remember that there is no horse collar in the pocket.