Pittsburgh Steelers veteran cornerback Ike Taylor was targeted four times by quarterback Joe Flacco against the Baltimore Ravens last week, but Taylor was the only one to get a hand on any of those four passes.

Although he missed one tackle early on in the game (who didn’t miss a tackle going after Steve Smith that night on defense?), Taylor came up big and made some plays later, even though it was far from enough to salvage an embarrassing defeat. 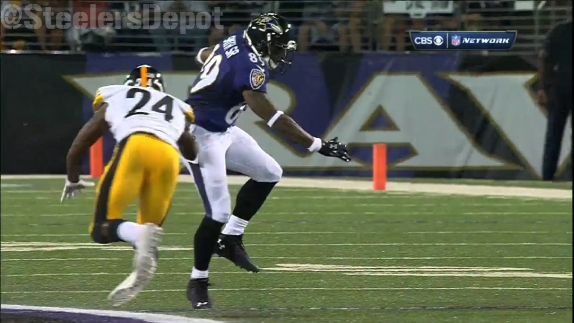 Early in the second quarter, with the Ravens on first down just outside their own 40-yard line, the Steelers left Smith uncovered off the line of scrimmage, with Troy Polamalu across from him set 15 yards deep.

Taylor was on the top of the route in coverage, and as Polamalu flew by on a missed tackle, it was up to the corner to prevent a big play. Of course, he failed to do that at midfield, and as a result, the play turned into a 23-yard gain.

Taylor was in good coverage deep against Smith on this late third quarter pass, despite the fact that there was clear miscommunication between Joe Flacco and his receiver. The quarterback presumed that Smith was breaking to the pylon from about the 30-yard lie, when in actuality he cut infield. The ball went to the sideline as Smith streaked down the middle of the field. 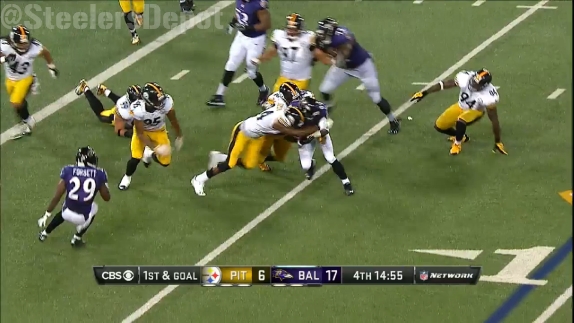 A few plays later to begin the fourth quarter, the Ravens had first and goal on the nine with Smith grabbing a crossing route at the seven-yard line. The veteran receiver made three Steelers miss before Taylor had to come up and tackle him along with Cam Thomas at the five-yard line.

On second and goal, he followed the receiver in tight coverage from the line of scrimmage on the outside to an inside route down the middle of the field to the back of the end zone. Taylor was on him, using his body as an obstacle and giving the shorter Smith no chance to make a play. 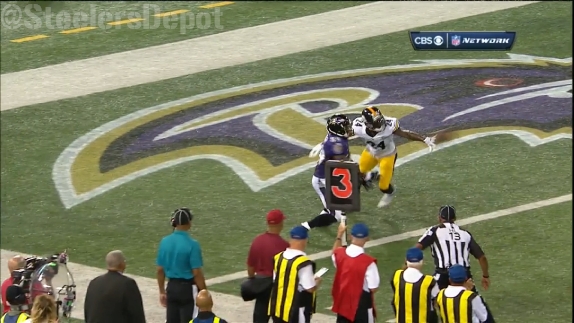 The two went at it again on third and goal, with Taylor winning again near the left pylon at the goal line. There was a bit of hand-fighting between the two well within sight of the official staring right at the action, but he clearly determined that the scuffling was a mutual offense and resulted in no call. Taylor was the one to separate first and got his arm outstretched to tip the pass out of harm’s way.