In this week’s video series, I discussed the wrinkles Dick LeBeau added to the Pittsburgh Steelers’ gameplan in last Saturday’s victory over the Carolina Panthers. Today, we’ll expand on that and show you some specific fronts that LeBeau used.

The first was one LeBeau showed multiple times. Mostly on 2nd and 3rd and long. Brett Keisel lines up at LOLB with Cam Heyward at LDT as the three tech. Jason Worilds lines up at inside linebacker, joining Ryan Shazier (Sean Spence after injury) and Lawrence Timmons. 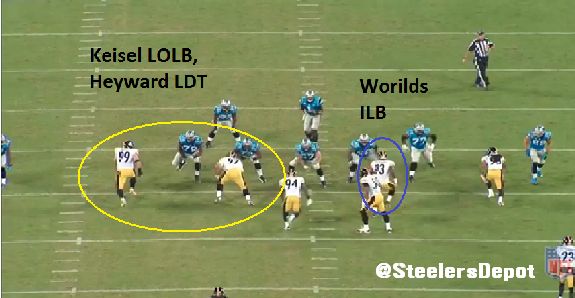 Saw that look flipped to the other side, too. Keisel’s natural side. 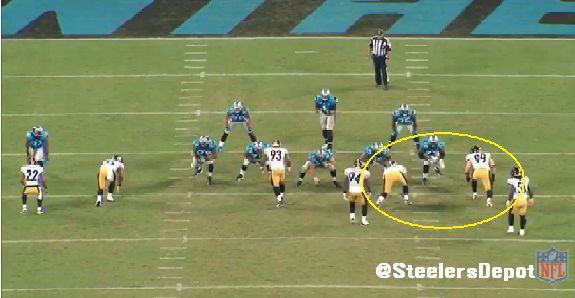 Similar example but with Ryan Shazier lined up off the edge, the Steelers covering every gap in a “Bear” front. 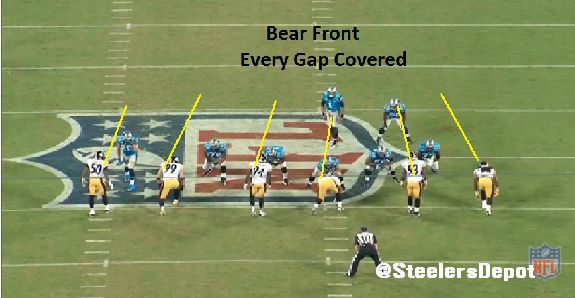 Creates confusion along the Panthers’ offensive line. They don’t know who’s rushing or dropping. Steelers blitz Jason Worilds. Miscommunication between the center and left guard and Heyward splits the two free, getting pressure on Cam Newton. 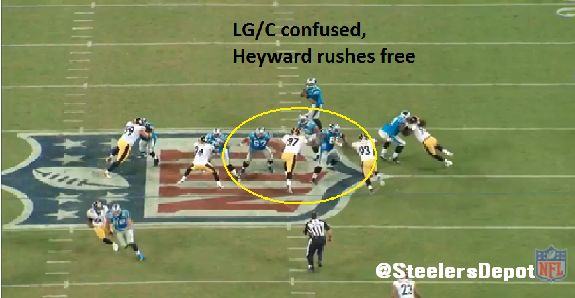 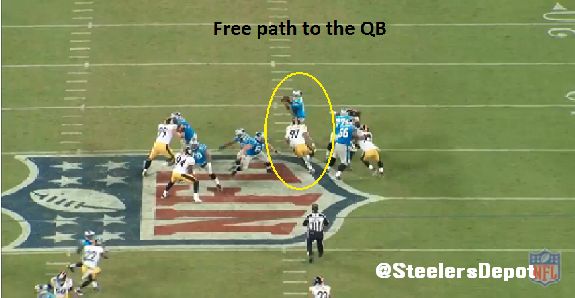 Look the Steelers had on Cam Newton’s fumble. Similar to the first but every player, including Heyward, have their hand up. 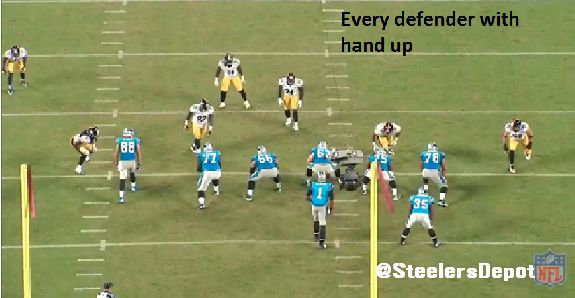 Finally, one last wrinkle. This play comes on Arthur Moats’ sack. Every defender has their hand up. Cam Heyward is at five tech with Brett Keisel and Cam Thomas at each two tech. Sean Spence removed from ILB to ROLB, one gap over from Moats. 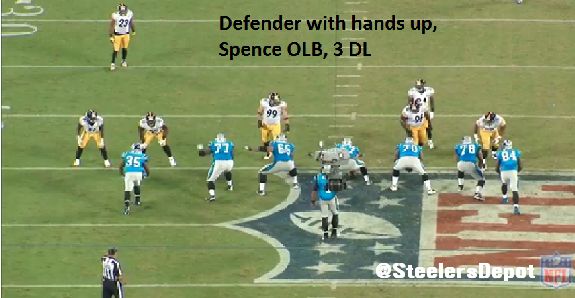 For the first time all season, Cam Heyward drops into coverage. 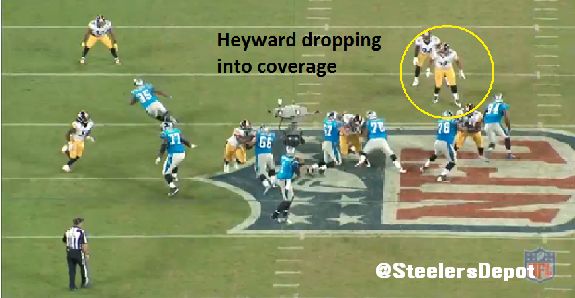 Remember, this is exclusively what the team showed pre-snap. Doesn’t take into account for the variations in coverage, Heyward’s drop aside.

Give Newton and the offensive line a lot to think about pre-snap. When you think, you play slow. And that’s how you give your defense a huge advantage. It showed last Sunday.