Game notes and observations from the Pittsburgh Steelers Week 3 37-19 victory against the Carolina Panthers.

– Great job by Cameron Heyward to cross the tackles’ face, keep the runner moving laterally, all while forcing a holding call against tackle Byron Bell. 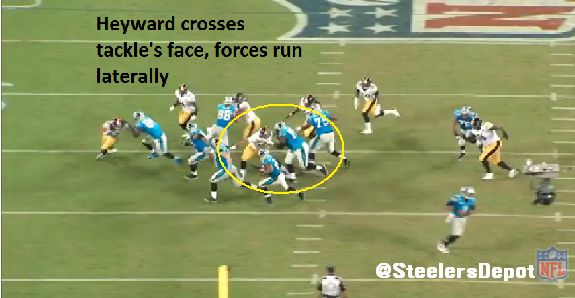 – Cortez Allen has not been very reliable in run support the last two weeks. Shy and not seeking out contact. Falls off this Jonathan Stewart spin. Not pretty. 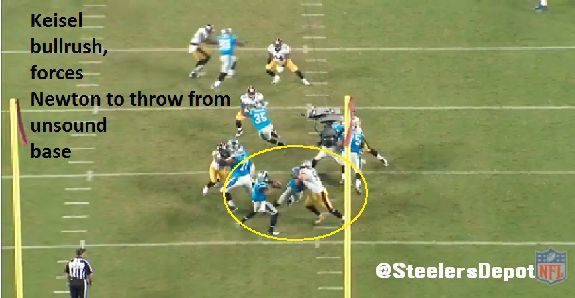 – Keisel and Lawrence Timmons immediately knew Jarvis Jones was hurt. Keisel talking to him even as the pile was still being peeled off and Timmons had motioned for trainers before the ref determined possession.

– Ditto with Heyward for Ike Taylor. Calling for trainers after whistle had just blown. He knew how serious it was right away. 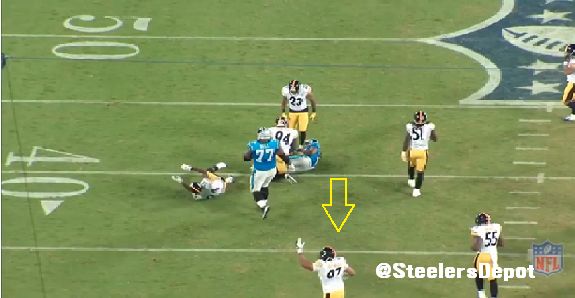 – Incomplete but this is basically a smash concept in the red zone. Le’Veon Bell to the flat to hold the corner, Heath Miller on a corner. 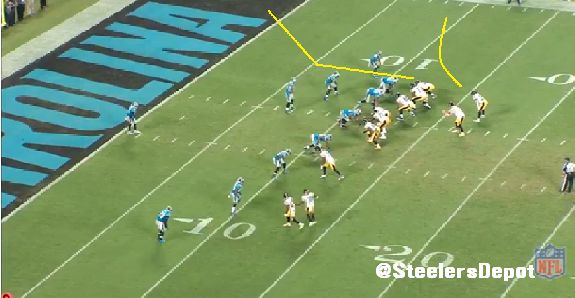 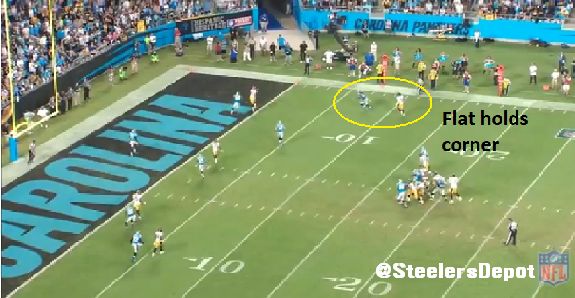 – Hustle from Heyward down the line to make this tackle on the screen. 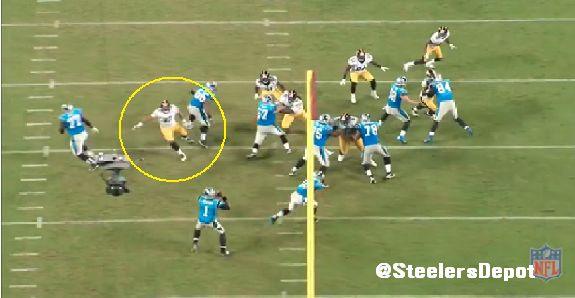 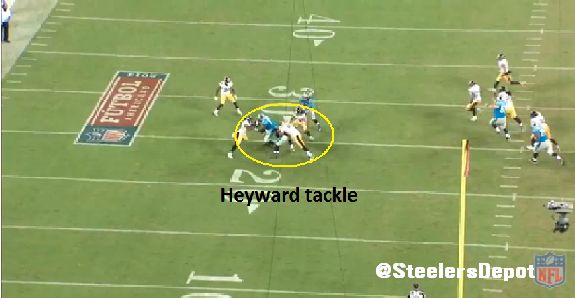 – Nice flow/fill by Sean Spence to meet Mike Tolbert in the hole. Makes the stop. 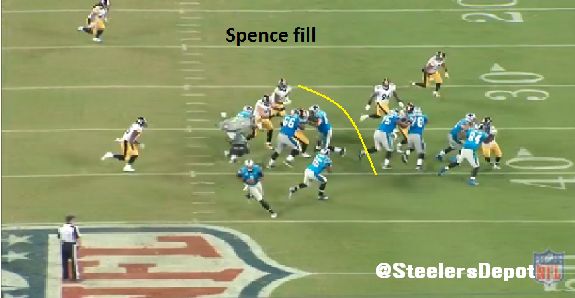 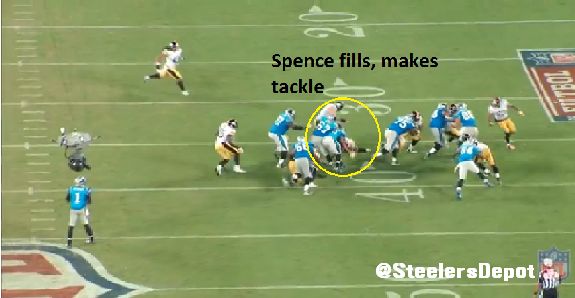 – Antwon Blake’s first snap. Targeted. Opens up his hips, isn’t parallel in his pedal. No chance to defend this slant. That’s Blake either guessing or playing out of his control. Quick hips aren’t enough to recover. 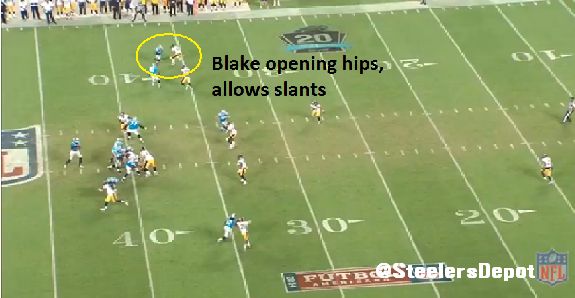 – Matt Spaeth’s “pick” that negated a Will Johnson catch. Fact Spaeth set that pick shows the plan was for Johnson to get the ball. Shows he is still mixed into the team’s  gameplan.

– That “fake swing, throw screen” pass failed twice. Carolina was not fooled by a lot of the Steelers’ gimmicks. Heady team. Starts with their linebackers. 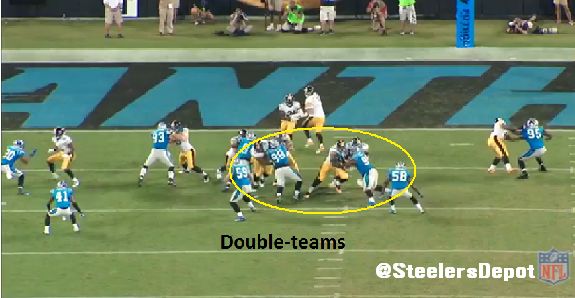 Next step is Bell reading linebacker Thomas Davis. He’ll press the hole Davis doesn’t fill. Davis never fills inside so Bell presses, explodes through, and it’s off to the races. 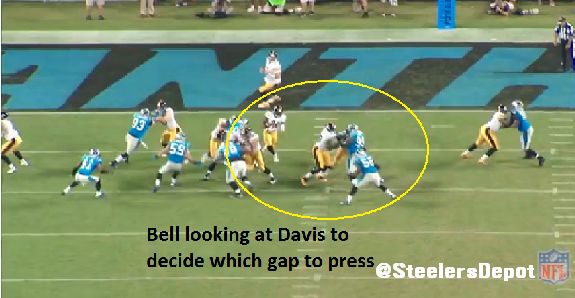 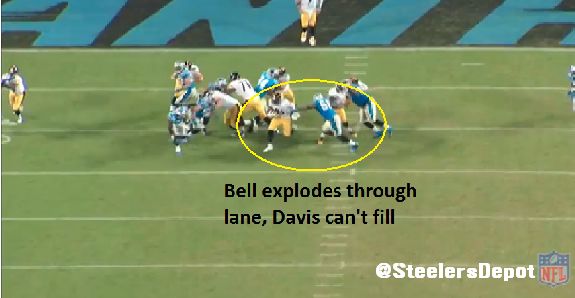 For what it’s worth, timing him from a running start, he ran 40 yards in about 4.5 seconds.

– Next play. Smoke screen to Antonio Brown on a called run. Bringing back an old sign from last year. Ben Roethlisberger grabbing his helmet to signal the pass. First time I’ve seen it all year. Appears they’re using more subtle arm movements in 2014. Still trying to figure out what exactly it is. Have a couple ideas but need to look at it more. 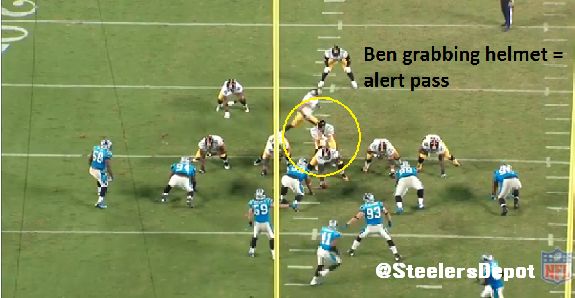 – AB finding the soft spot in this zone on his second touchdown. 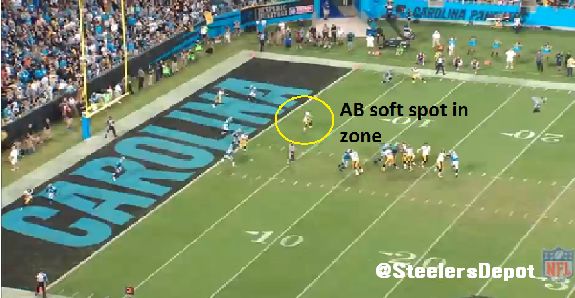 – Arthur Moats with a bull + rip on this sack. He’s not a finesse guy. Style is quite the contrast to Jarvis Jones. 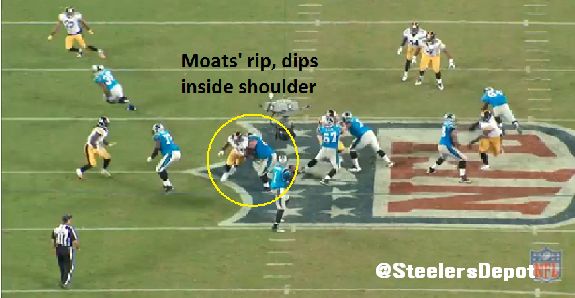 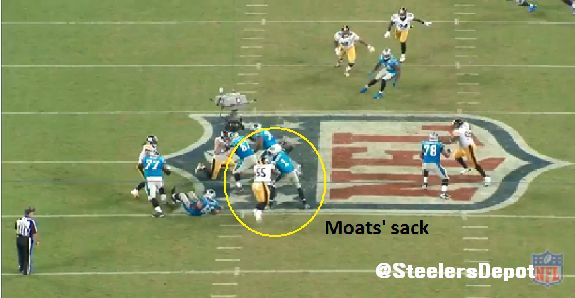 – Hate Mike Mitchell’s downright lazy effort on Greg Olsen’s touchdown. Assumes Cortez Allen is going to make the tackle and doesn’t start sprinting until it’s obvious Allen is beat. Had he ran to the ball imeediately, he probably makes the tackle. That stuff really bothers me.

– Solid stunt pickup by DeCastro/Gilbert here. Panthers didn’t seem to stunt nearly as much as I saw against the Detroit Lions. 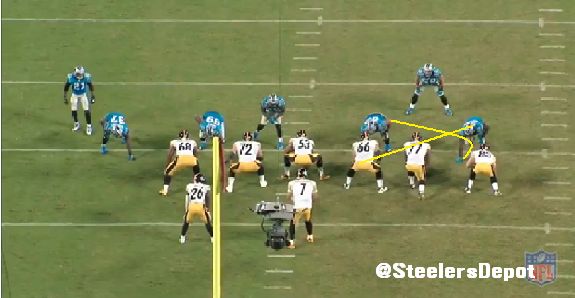 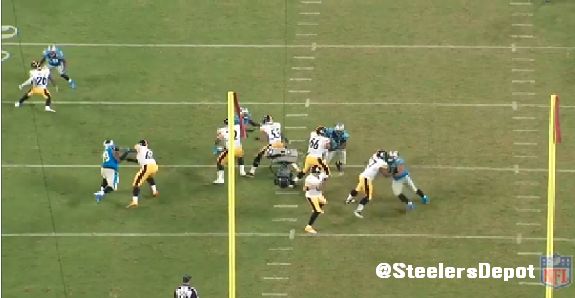 – Shamarko Thomas ran 62 yards from the snap until he made contact with the punt returner on the Steelers’ fumble recovery/touchdown. From his own 28 to the Panthers’ 10.

– Check the initial punch from Cam Heyward here. Blows the right guard back. 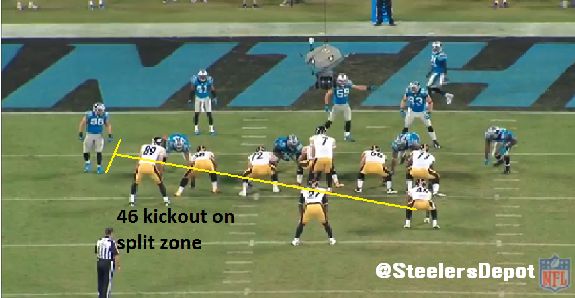 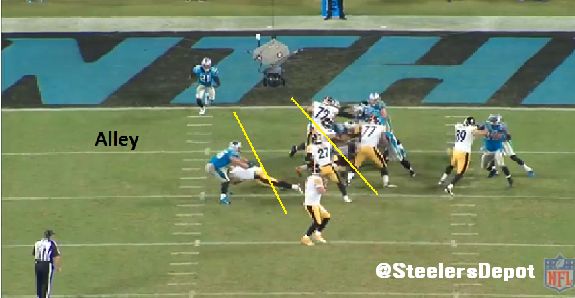 – Leverage from Moats. Gets under Bell. Had his number the second half. 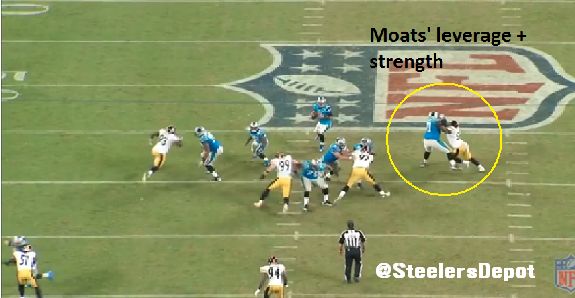 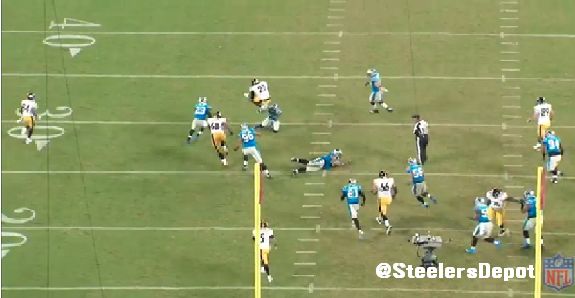 – Quick note on the Panthers to close things out. Pretty obvious now but Kelvin Benjamin is something special. I’d already put him in the top five, maybe top three, of the strongest hands at the game. Can’t play the pocket on him, knock the ball away. Only guy who beats Kelvin Benjamin at the catch point is Kelvin Benjamin.