An evaluation of the play of Pittsburgh Steelers guard David DeCastro against the Carolina Panthers.

1. 2nd and 4, 8:20 1st. DeCastro seals the left defensive tackle to help create a lane for Will Johnson. Sets his hips, and turns the tackle. Really like the arm extension, hand placement, and strength to push and stick to the defender.

It does help that the tackle appears to be one-gapping and swimming to the outside but still a positive play. 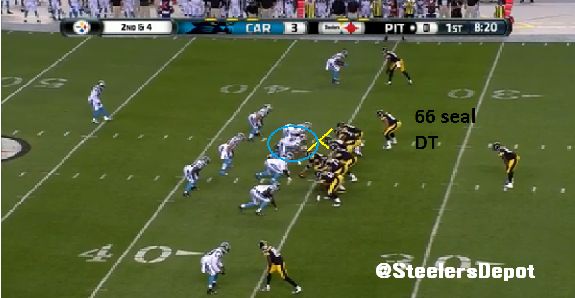 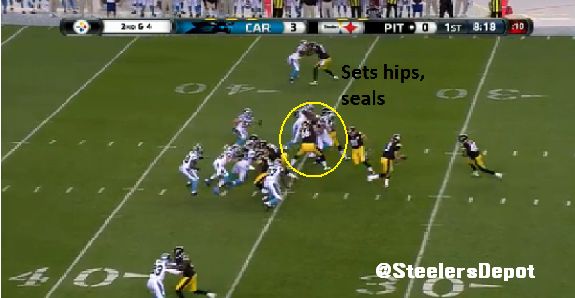 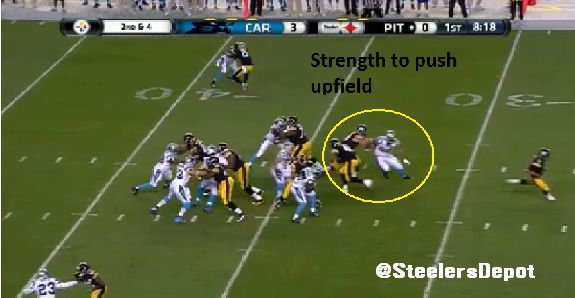 2. 3rd and 6, 6:18 1st. Stunt pickup with Marcus Gilbert. Chemistry they’ve shown since the start of training camp. The left DT, lined up as a three tech, slants hard into the weakside “A” gap. He passes him off to Wesley Johnson. DeCastro finds the looper, the one tech, and keeps the pocket clean for Landry Jones.

We’ll break down the concept of the T/E stunt, arguably the most common one you’ll see at any level of play. 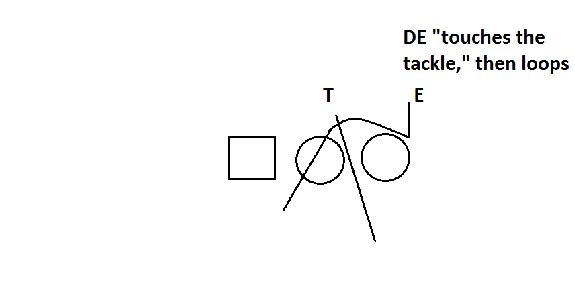 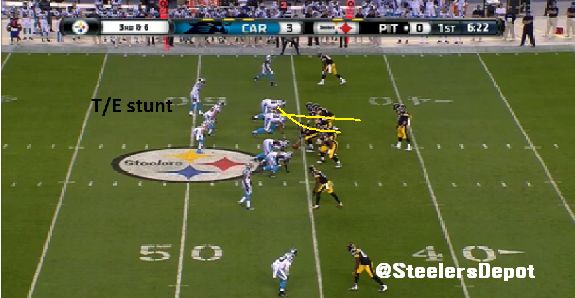 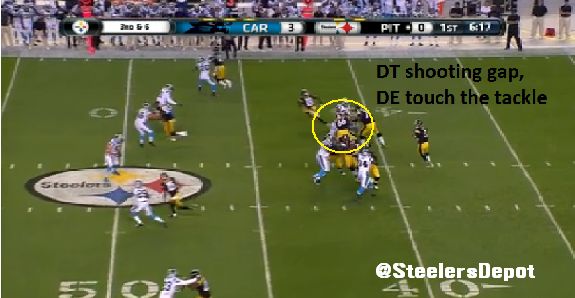 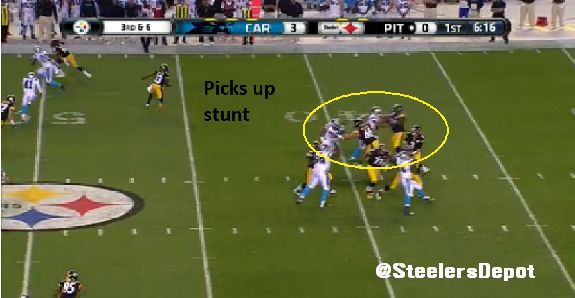 2. 3rd and 19, 2:20 1st. Minor point but again quick to recognize a stunt. Tackle/end (T/E) stunt, arguably the most common one you’ll see at any level of play. But DeCastro sees it, and the stunt happens late too, and picks it up flawlessly.

He did only play the first quarter but DeCastro is the first Pittsburgh Steeler not to have anything for the “bad” column. Mistake-free game from what I could tell.

Sample size is small but a solid game by DeCastro. Really got to see his chemistry with Gilbert on display. Those two should be a great tandem in 2014.