In the Pittsburgh Steelers 26-6 loss to the Baltimore Ravens Thursday night there were several big hits that people will be talking about for the next several days.

Below are animated gifs of each hit along with still shots of the moment of impact.

The first big hit came in the first quarter when Steelers wide receiver Antonio Brown was leveled by Ravens safety Darian Stewart. There was no penalty on the play, but Brown had to leave the game for a while to be evaluated for a possible concussion. 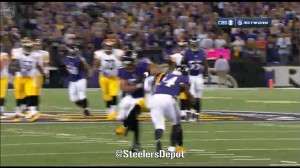 The second big hit came in the third quarter when Steelers safety Troy Polamalu attempted to separate Ravens tight end Owen Daniels from the football. Polamalu was flagged for unnecessary roughness on the play. 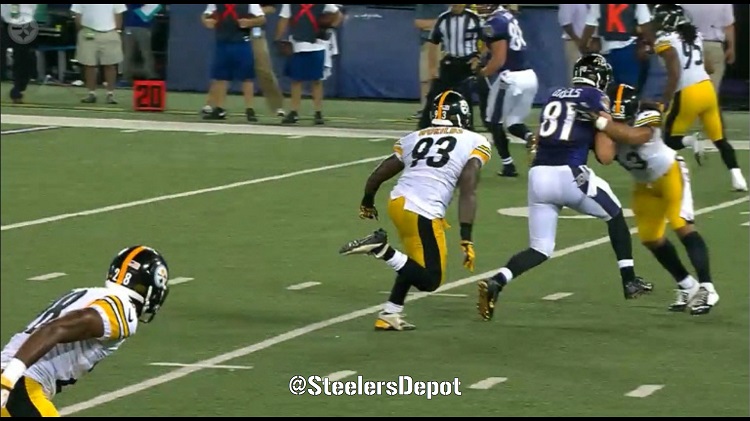 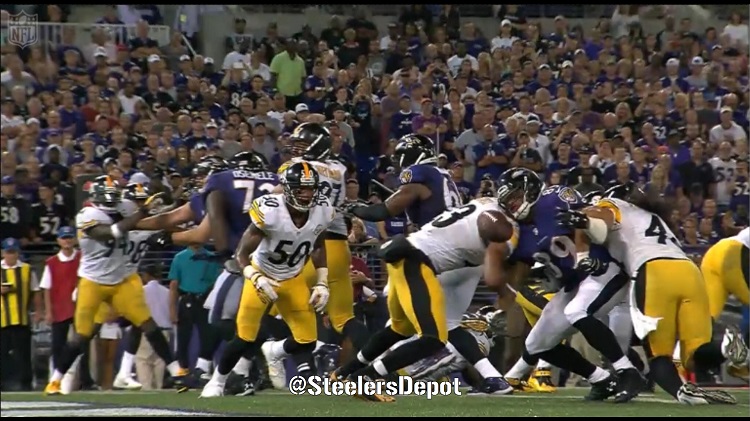