Pittsburgh Steelers second-year linebacker Jarvis Jones only managed one quarterback sack during his rookie season and it goes without saying that number needs to improve drastically in 2014. During the Saturday night preseason opener against the New York Giants, Jones notched his first sack of 2014 against backup left tackle Charles Brown.

Jones talked about the first quarter sack of Giants quarterback Eli Manning after the game.

“The tackle jumped outside and gave me the inside,” Jones said, according to Ed Bouchette of the Pittsburgh Post-Gazette. “He gave me room to work on the inside and I took the inside and got up field.”

While we aren’t privy to All-22 camera angles during the preseason, we do have a few animated gifs from the broadcast and steelers.com, along with a few screen grabs so you can see what happened on the play.

At the snap, Brown does jump outside a bit and while he does get his hands up right away, his right foot is not firmly set when Jones counters inside. Jones does a good job of using his hands in order to keep Brown’s hands off of him. This forces the gate to open just enough for Jones to get through.

Jones has his eyes in the Giants backfield the entire time and while he initially falls for the play-action fake to the running back, he quickly changes his direction in order to get after Manning.

Manning nearly sidesteps Jones, but the former first-round draft pick is able to get just enough of the Giants quarterback right ankle to bring him down to finish the sack.

We hate to emphasize that Brown is not a starter, but regardless, it’s great technique that Jones used on the play and hopefully we see this continue throughout the rest pf the preseason and into 2014.

The Steelers will host the Buffalo Bills Saturday night at Heinz Field and they will also scrimmage them twice later this week leading up to the game. It is unknown whether or not Bills starting left tackle Cordy Glenn will play after being activated off of the Non-Football Illness list Saturday. Should he be unable to play Saturday night, Jones could see a heavy dose of rookie seventh-round pick Seantrel Henderson. Should that wind up being his opponent, Jones will be expected to school the Miami product. 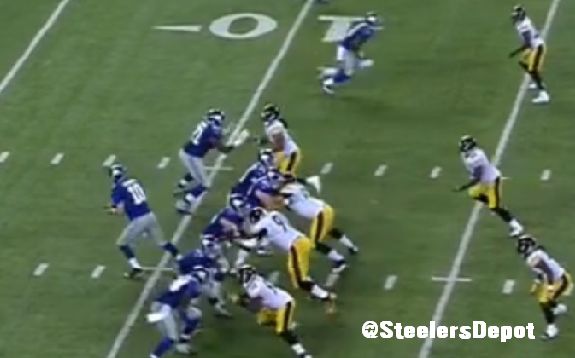 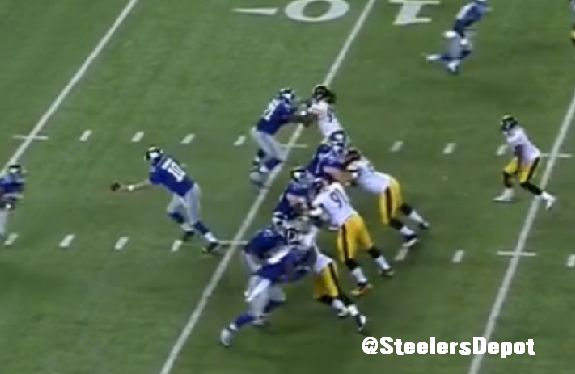 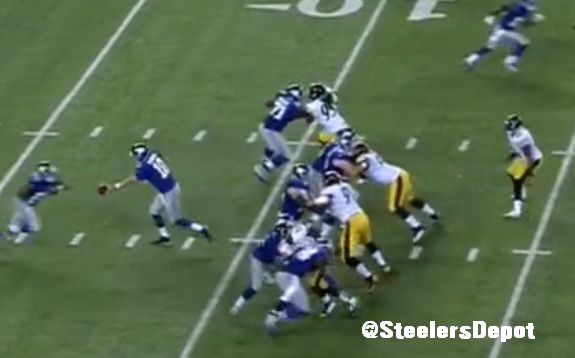 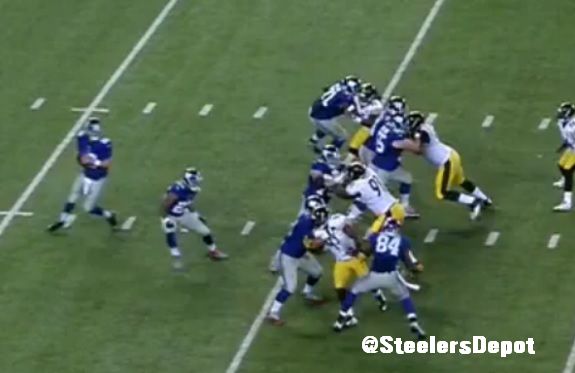