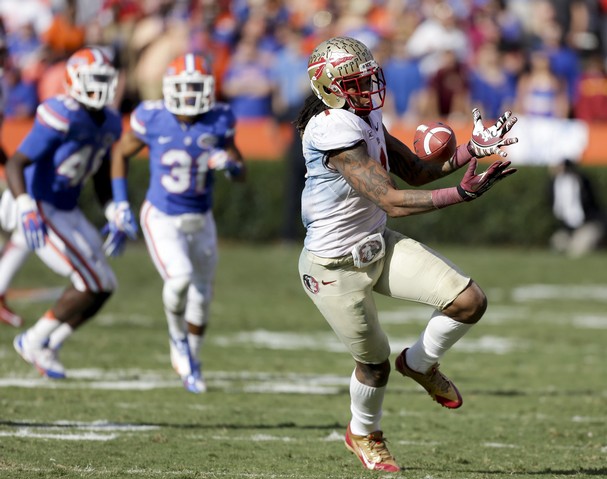 We will continue on today talking more about Florida State wide receiver Kelvin Benjamin and whether or not he should be considered as the first round pick of the Pittsburgh Steelers in the 2014 NFL Draft.

I have already documented Benjamin’s touchdowns from 2013 and it’s only fair that we have a look now at the balls he dropped last season.

I went through each and every play by play sheet of the Florida State games from 2013 and pulled out the incomplete passes scored as going to Benjamin. After that, I viewed every one of those plays and made gifs of the ones that I thought could possibly be scored as drops or passes he should have caught. This resulted in the 17 plays you see below.

If you would, please go through all 17 of these plays and let me know in the comments how many you view as being drops. Also, let me know if this changes your opinion of Benjamin having awful hands.

As I have previously noted, in my opinion, Benjamin needs to work on coming back to the football at the NFL level and this should be able to be coached into him. Second, I think you will see that a few of these drops are a result of Benjamin not watching the football all the way into his hands before turning up the field. This is another area that I believe good coaching can come into play.

If you think I missed any plays, please let me know and I will go find it and add a gif to these below.