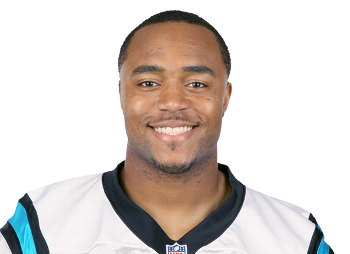 The Pittsburgh Steelers have signed an outside free agent on the opening day of free agency, and wouldn’t you know, it’s a safety.

Former Carolina Panthers safety Mike Mitchell has been signed by the Steelers, as he announced on his Twitter page, though contract details have yet to be confirmed.

Pittsburgh!!!!!! First I have to thank God for this blessing and Mr. Rooney and the Steelers organization for such a great opportunity!

I’ll never forget it! I look forward to continuing my career in the black and Gold!

A former second-round pick of the Oakland Raiders in 2009, Mitchell became a regular starter for the first time last season when he joined the Panthers.

Playing in 15 games and starting 14, Mitchell recorded 66 tackles, intercepted four passes while deflecting eight others, and forced two fumbles. He also recorded 3.5 sacks, which is a high number for a defensive back.

According to Pro Football Focus, Mitchell graded out at 4.0 in pass coverage, but he was a liability in run support with a -5.9 grade. Not surprisingly, he had a positive pass rush grade of 2.5.

Most worryingly, however, he missed 18 tackles by the website’s data, which would have been by far the most on the Steelers’ roster last season. Missed tackles had already become a recent and bothersome issue for the defense last season.

Nine tackles were missed in the run game, while nine were missed in coverage. Based on PFF’s logs, Mitchell had the worst tackling efficiency rating of all safeties who played at least half of the team’s snaps.