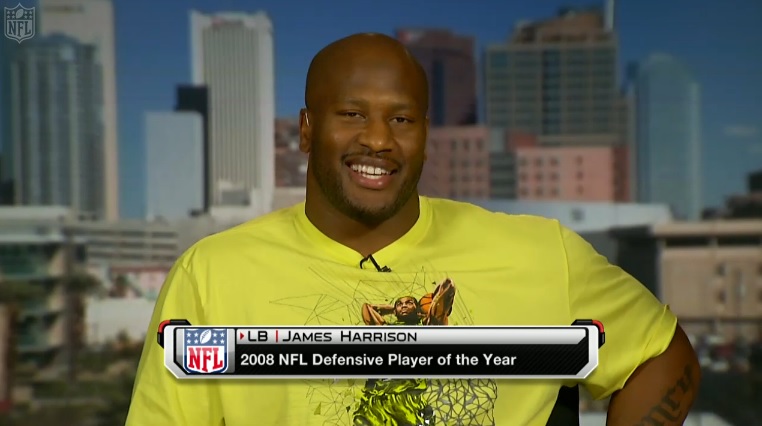 On the Monday edition of “NFL Total Access“, veteran linebacker James Harrison, who was recently released by the Cincinnati Bengals after just one season, hinted that he’d like to return to the Pittsburgh Steelers in 2014.

When host Dan Hellie asked where Harrison wants to play this season during the interview, Steelers cornerback Ike Taylor, who was a co-host on Monday, immediately jumped in with “Pittsburgh.”

Harrison’s response: “Everybody knows that.”

Harrison is currently training out in Arizona and he let it be known that he’s going to “go until the wheels fall off” or “until nobody want to put wheels on it.”

The Steelers released Harrison last offseason after the longtime outside linebacker wouldn’t accept a pay cut to stay. A few weeks after his release he signed a two-year deal, $4.45 million deal with the Bengals that included a $1.2 million signing bonus.

“We got to see what happens,” said Harrison. “If nothing happens, then so be it.”

Now that the Steelers have released LaMarr Woodley, they are left with fourth-year linebacker Chris Carter to back up both Jason Worilds and Jarvis Jones. The team had interest recently in Green Bay Packers linebacker/defensive end Mike Neal, but he decided to re-sign with his old team.

Harrison will turn 36 in May.