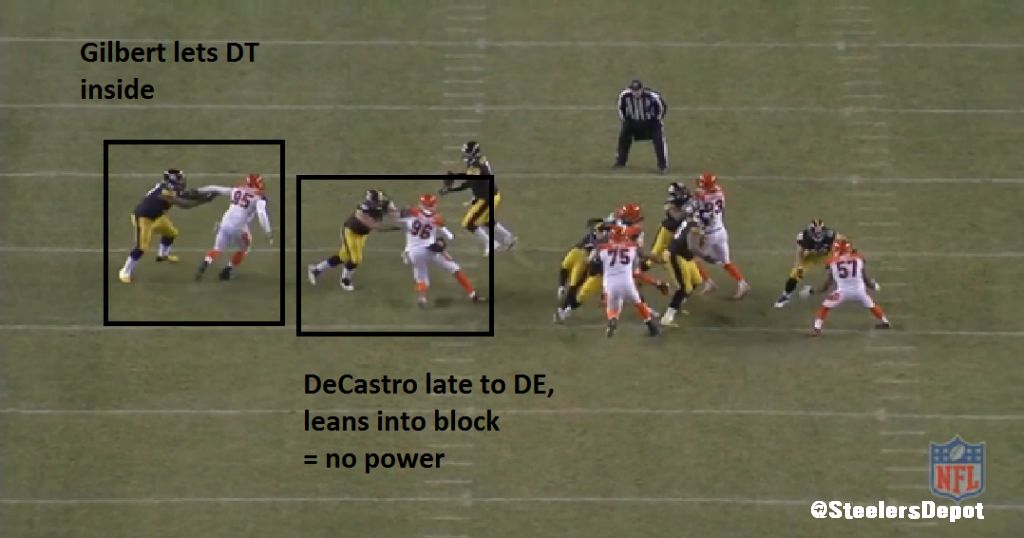 Sack breakdown from the Pittsburgh Steelers victory over the Cincinnati Bengals. 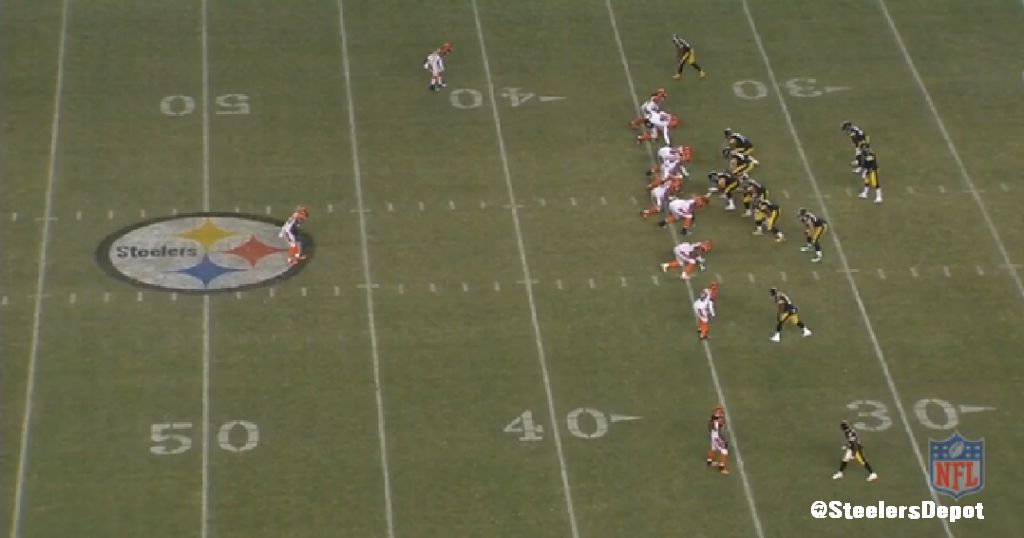 Off the snap, two deep shell though essentially bracket coverage on the weakside. Well defended all-around. 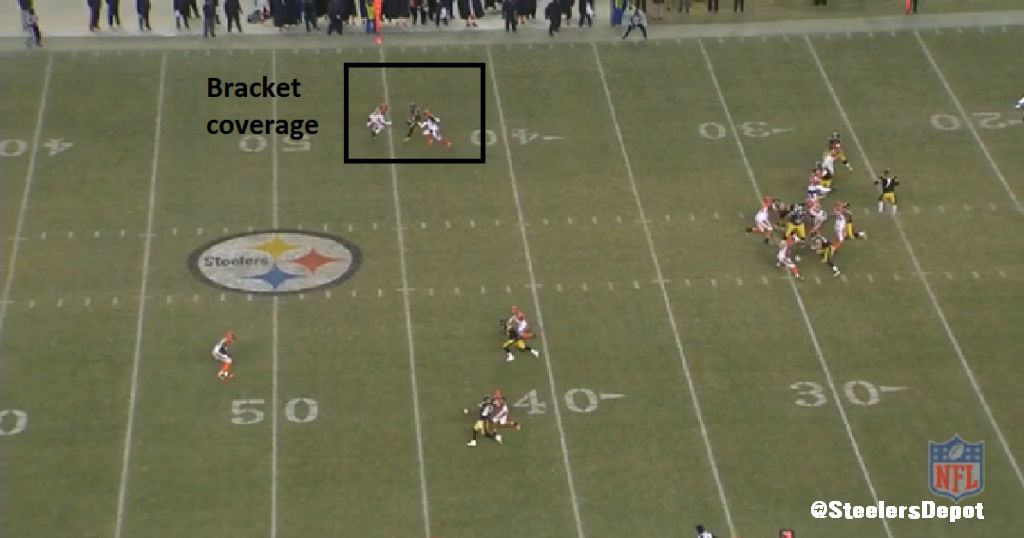 It may be an exotic looking blitz but it’s just a simple tackle/end stunt that does the Steelers in. Something they’ve struggled with all season long and showed it again in the Dolphins game breakdown. Left end and defensive tackle stunt. Tackle crashes and end loops to the inside. 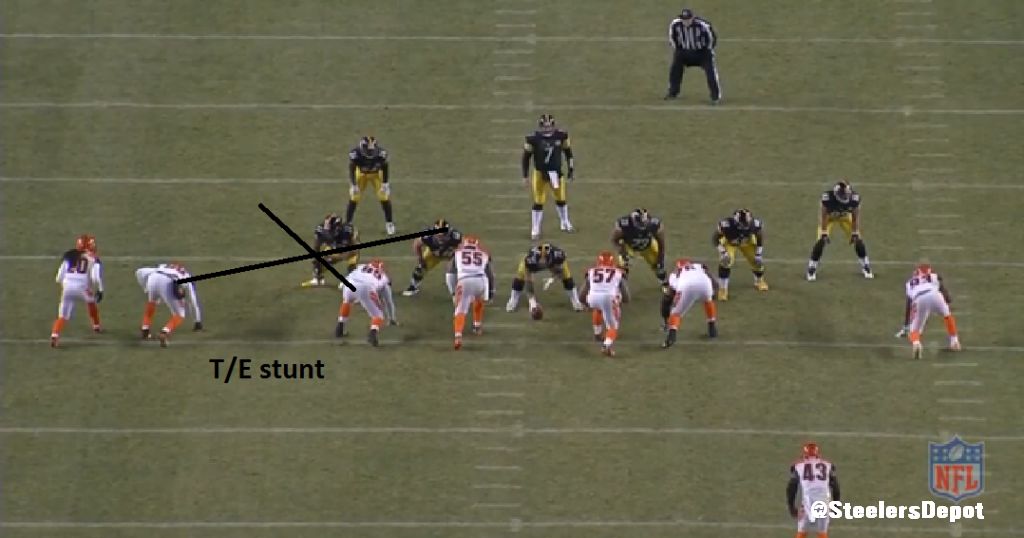 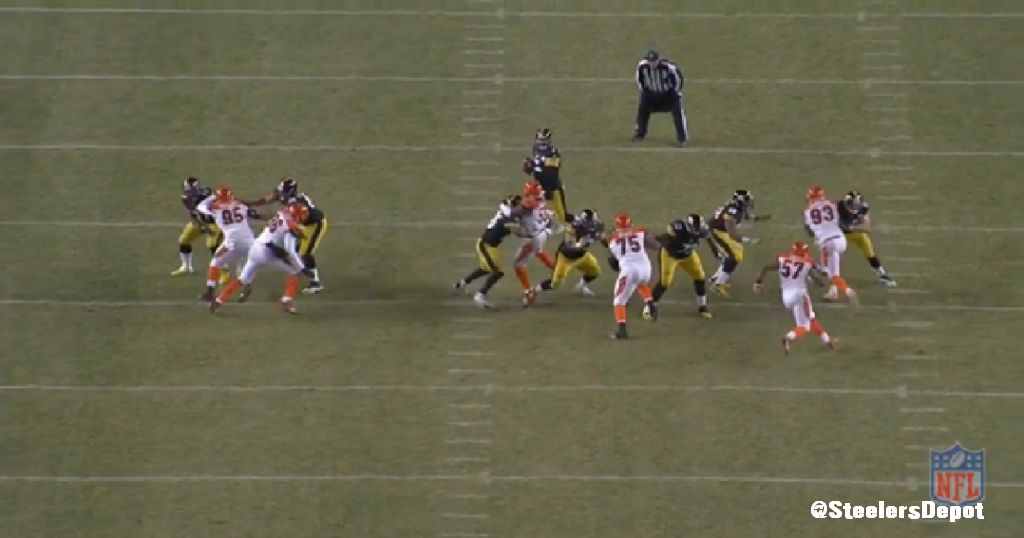 David DeCastro sees it late and leans into the block, sapping him of his power. Marcus Gilbert really never sees the stunt and the tackle, who bear in mind is slanting to the next gap over, is able to rush to cut back and rush to the inside, ultimately getting the sack.

This play joins the ever-growing list of mental blunders from the offensive line. Show a pressure look and this line will fall apart. No doubt in part attributed to the injuries that make coherency difficult but not a good enough excuse. Not at this level.

Blame: Half on Gilbert, half on DeCastro

With the Steelers only allowing one sack, we’ll breakdown the sack they registered against Andy Dalton.

1. 3rd and 11, 7:15 1st. Shotgun, 10. Bengals keep six in vs a four man rush. Zone coverage but Steelers conscious of where the sticks are at. Five players within five yards of the marker. 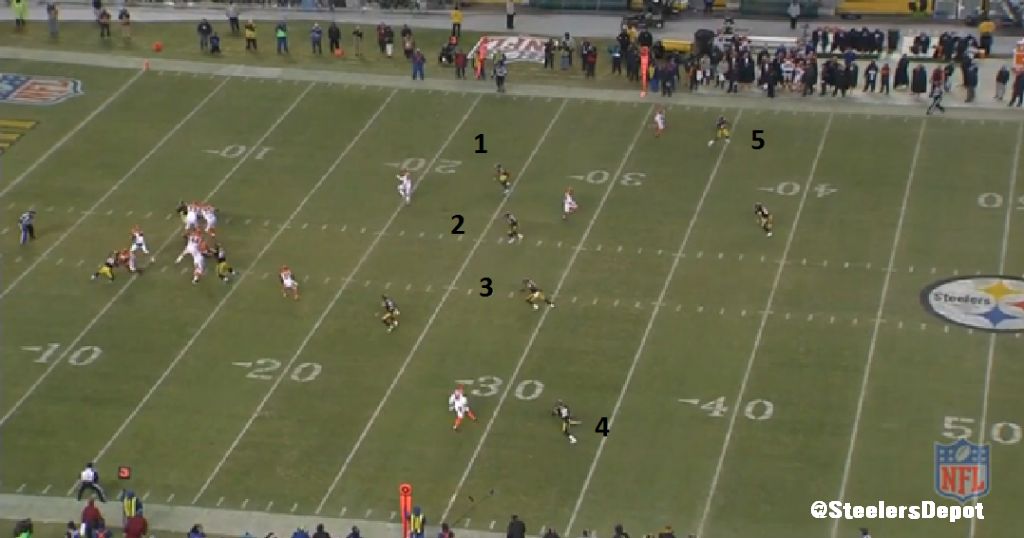 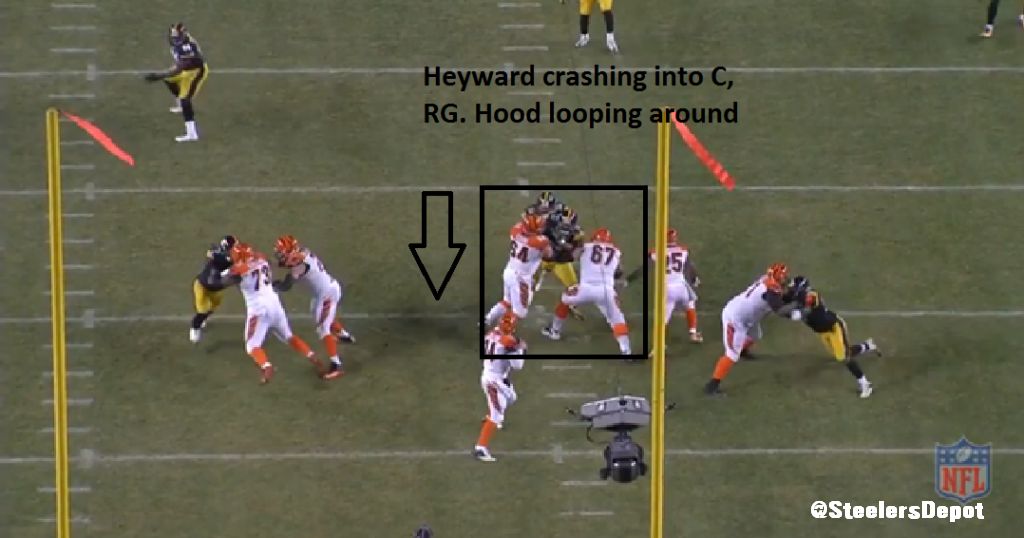 Hood loops around through the “A” gap. Cook sees him late and Hood’s able to blow past. Gobbles up Dalton. 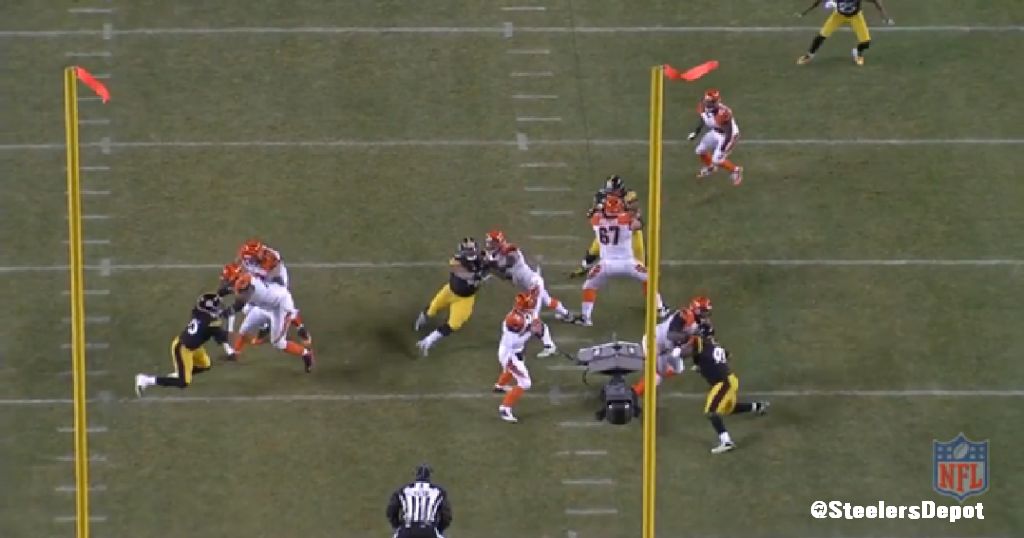 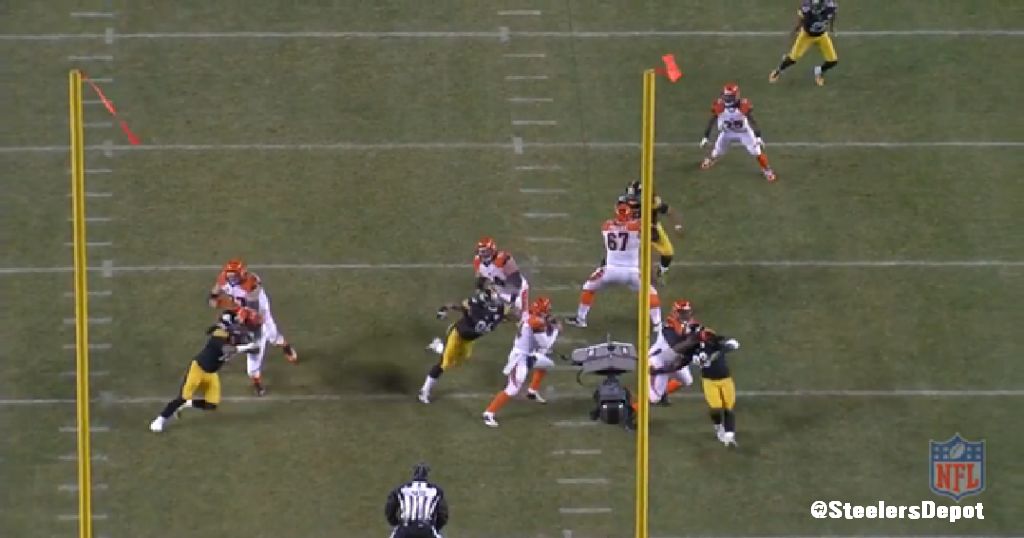 One other thing I really liked pre-snap from Pittsburgh. Putting Lawrence Timmons in the “A” gap right over center before dropping him on the snap. Bengals slide protect to the left. 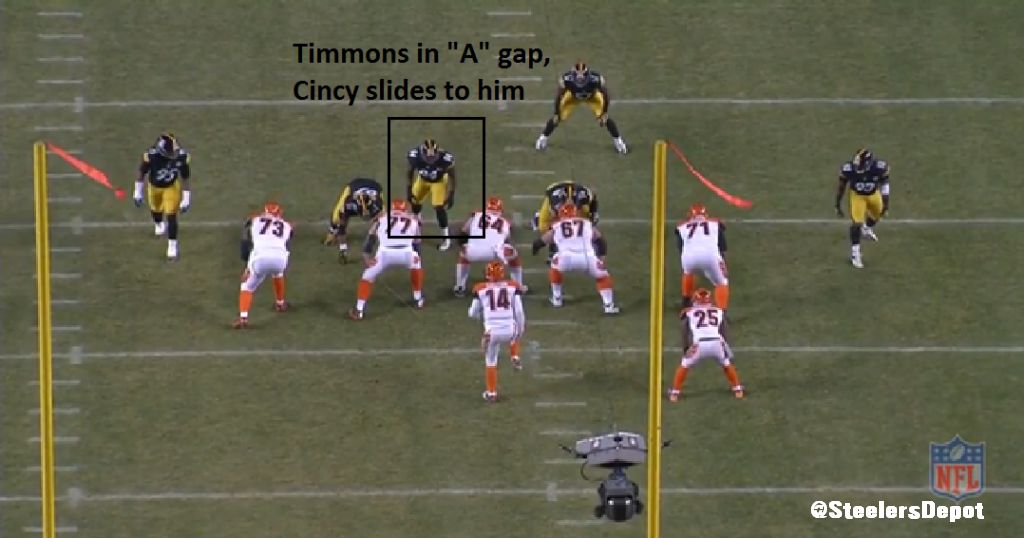 With Heyward crashing right, Cook has to flow that way. So the Steelers have him moving left then right. Trying to move left again to pick up Hood is really stressing him and he can’t do it. Has to worry and slide to the potential ILB blitz, take on Heyward, recognize the stunt and move laterally in less than two seconds. Difficult.