A seven-year-old Cincinnati Bengals fan is mad at Pittsburgh Steelers linebacker Terence Garvin for injuring punter Kevin Huber Sunday night and he hopes that the West Virginia product pays dearly for his actions.

Nicholas Andrew Johnson, who calls Huber his favorite Bengals player, wrote in a letter to the injured punter that he hopes Garvin “loses his house and has to live in his car” as a result of the first quarter block during a punt return. Huber, who broke his jaw on the play, has been placed on injured reserve by the Bengals and is currently awaiting surgery, which will reportedly take place on Friday. 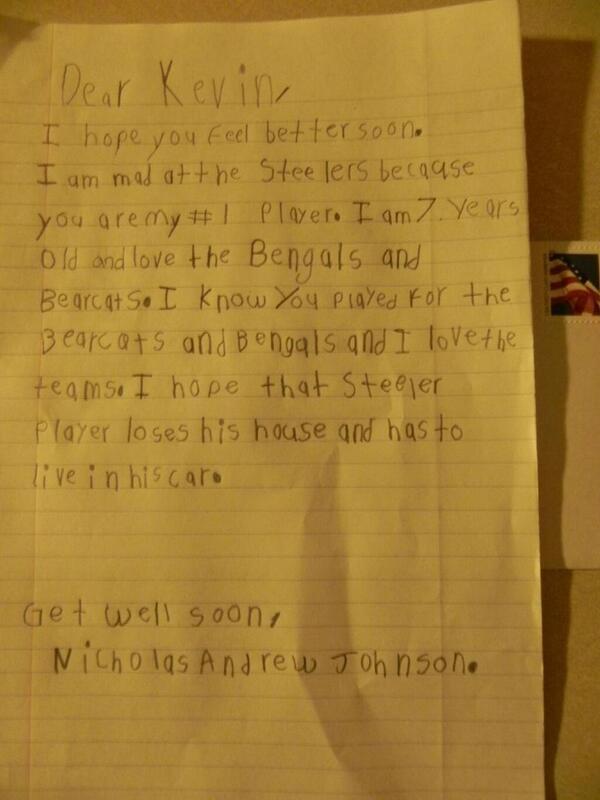 Little Nicholas need not worry as I believe the NFL will fine Garvin for the hit. I do not think Garvin’s intent was to injure Huber, however, so I do not believe he should have to live in his car.

Until Huber recovers and is able to play next season, little Nicholas will just have to settle for watching his favorite team go one and done in the playoffs once again.