Cincinnati Bengals punter Kevin Huber is now out for the remainder of the season due to a fractured jaw suffered Sunday night as a result of Pittsburgh Steelers linebacker Terence Garvin decleating him with a block during the first quarter punt return for a touchdown by wide receiver Antonio Brown. Despite his misfortune, Huber is being a good sport.

On Monday, Huber announced on Twitter that he has changed his avatar which now is a picture of him being hit by Garvin.

And now by popular demand.. I have found a pic worthy of my new avatar! Enjoy everyone

“And now by popular demand.. I have found a pic worthy of my new avatar! Enjoy everyone,” the Bengals punter wrote.

According to Chris Mortensen of ESPN.com on Monday, Garvin’s hit is being looked at by the league as to whether or not it was legal. The hit was not flagged, but according to the NFL rulebook, it probably should have been.

Garvin should know by Wednesday whether or not he has been fined by the league for his actions. As for Huber, he should be able to resume his career next season, according to reports. 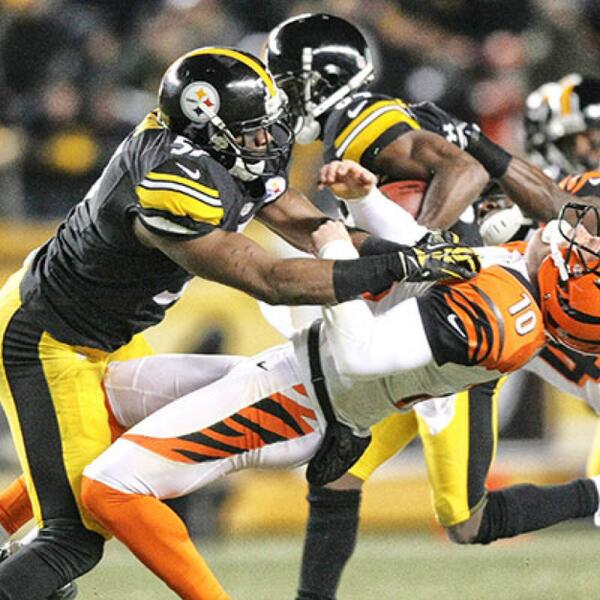