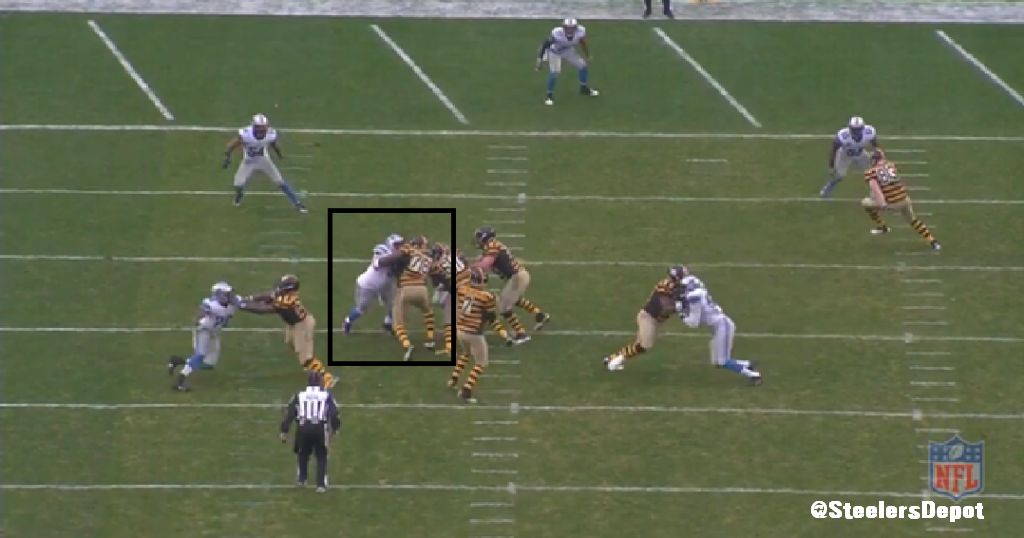 Breaking down the sacks allowed and recorded by the Pittsburgh Steelers against the Detroit Lions.

1. 3rd 10, 8:11 2nd. Empty, four man rush vs five blocking. Smash concepts on each side of the field with Ben looking at the top of the screen as his first read. 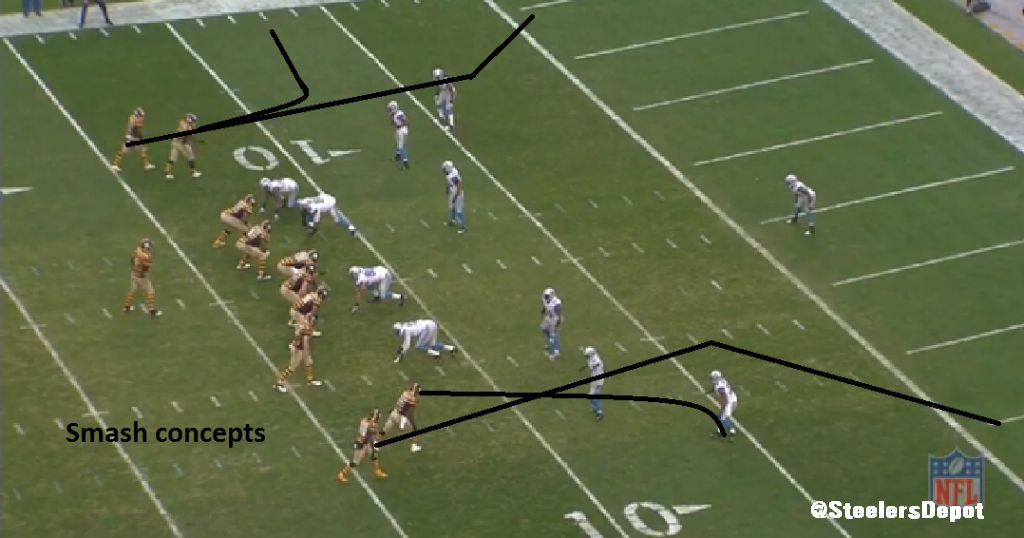 Detroit plays it smartly with the CB carrying vertical and not biting on the curl (force the throw on 3rd and long into the flats, drive on any throw). 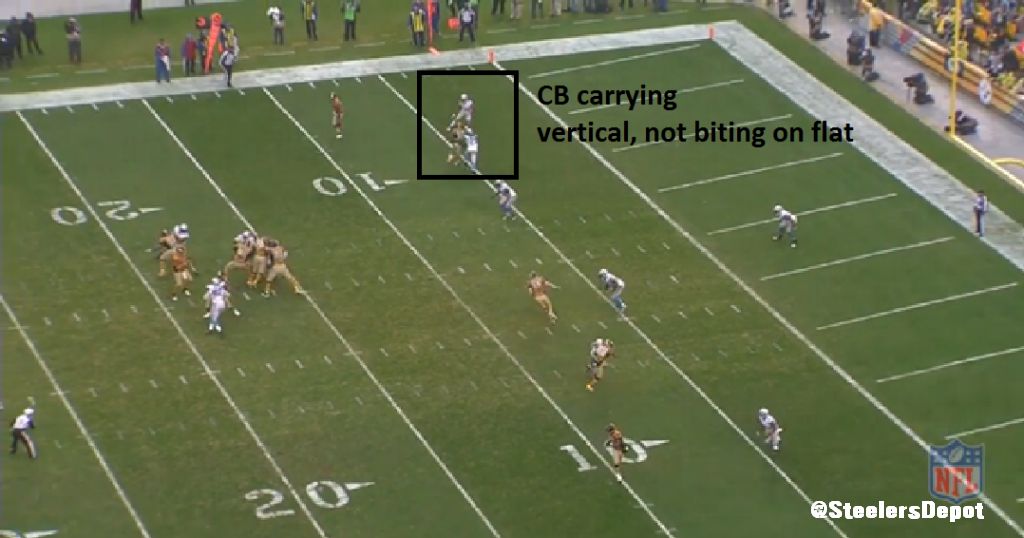 Ben Roethlisberger doesn’t have time to get to his second read, getting taken down by Nick Fairley.

On the line, Fernando Velasco does bump into Guy Whimper, knocking him off balance slightly. Fairley gets into Whimper’s pads and sheds bringing Ben down.

Bit of bad luck with the Velasco bump but not the greatest technique from Whimper either.

Blame: Half on good coverage, half on Guy Whimper

And that’s the only sack the Steelers gave up. A season low. To celebrate, a quick look at the two sacks of Matthew Stafford the Steelers recorded. 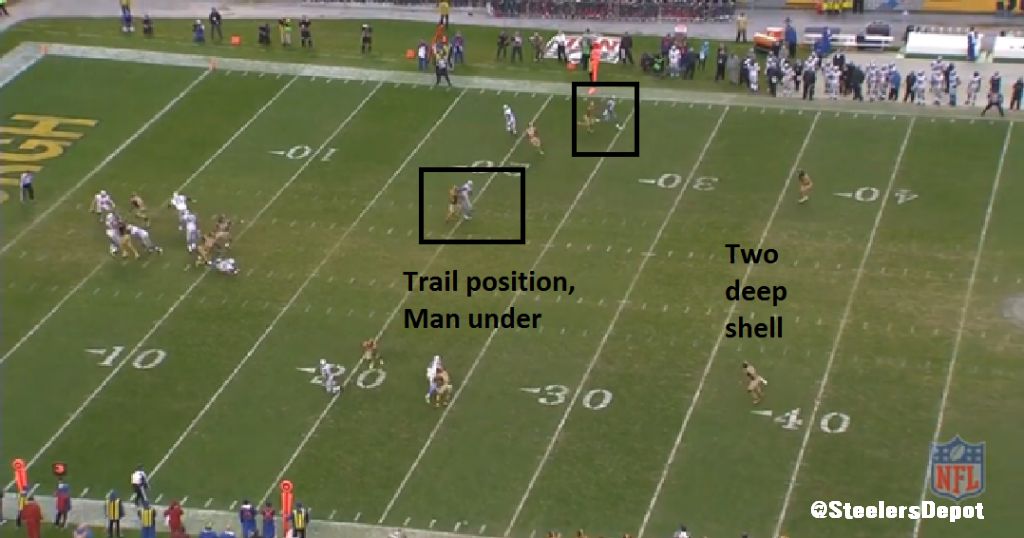 Great teamwork/concept by Jarvis Jones and Jason Worilds. Jones crashes/slants inside, taking the tackle with him and slamming into the LG. 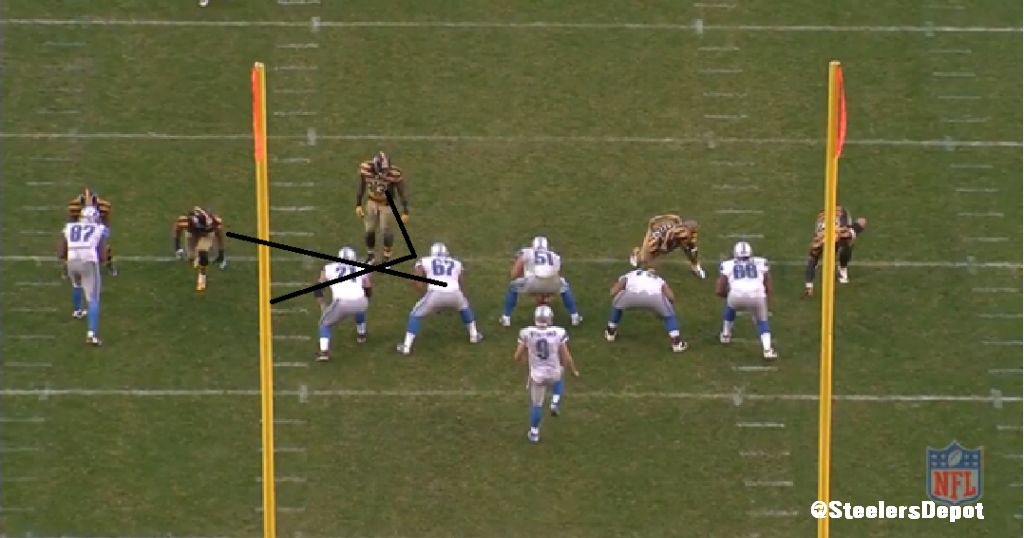 Worilds with a spin on the guard looping to the outside. Happens so quick the tackle can’t see the twist and pick it up allowing 93 to have a free run at Stafford. 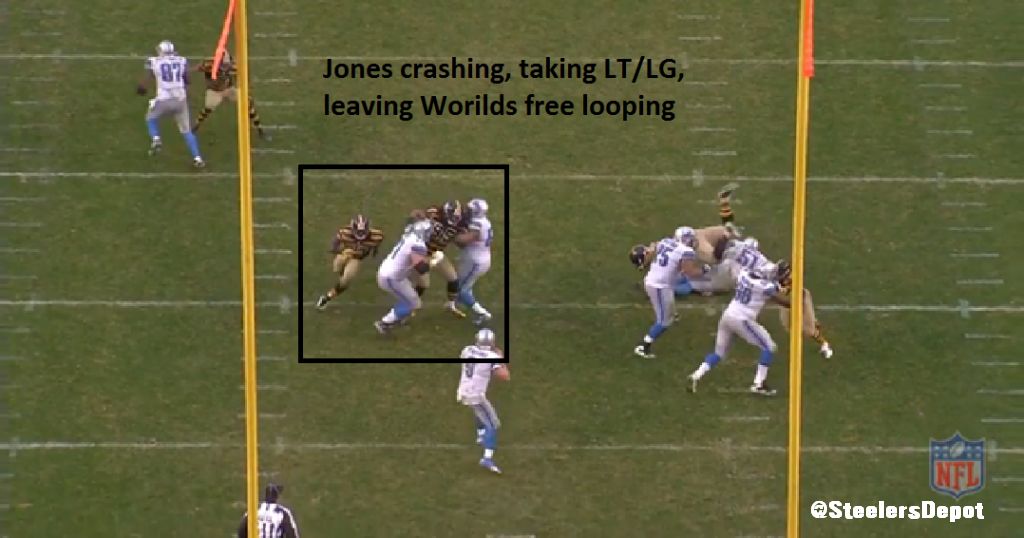 2. 4th and 15, 1:46 4th. Four man rush, five block. Coverage sack at the end of the game. Good arm extension from Ziggy Hood to get off the RT as Stafford steps up. Shows his strength to bring the QB down basically with one arm. 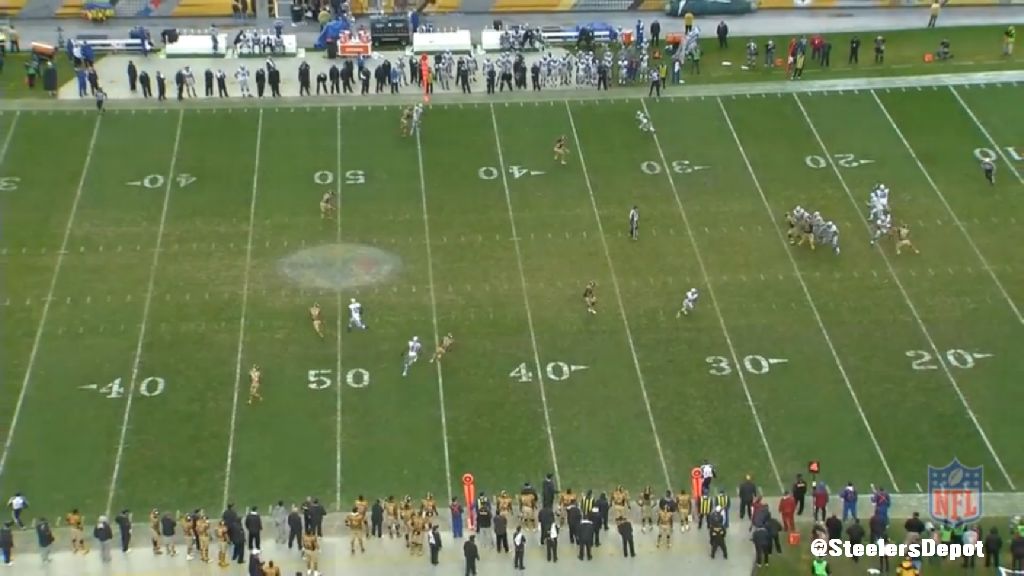 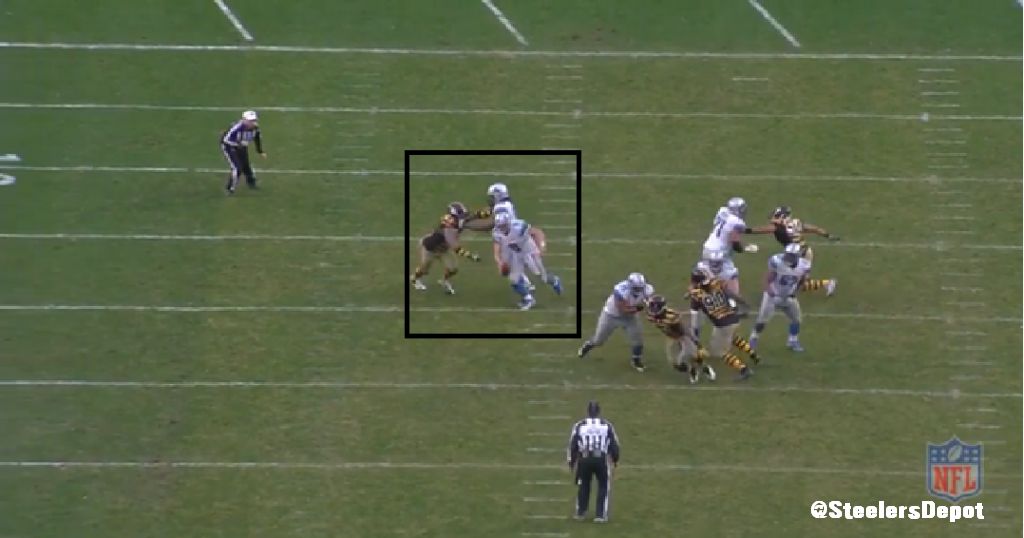