Back with the weekly sack breakdown, taking a look at what went wrong on each of the three New York Jets sacks vs the Pittsburgh Steelers Sunday.

1. 1st and 10, :22 1st. 12 personnel (1 RB, 2 TEs). Six blocking vs a five man Jets rush. Heath Miller allows this one. Doesn’t move his feet on his attempted punch of OLB Garrett McIntyre, who pushes upfield with ease. 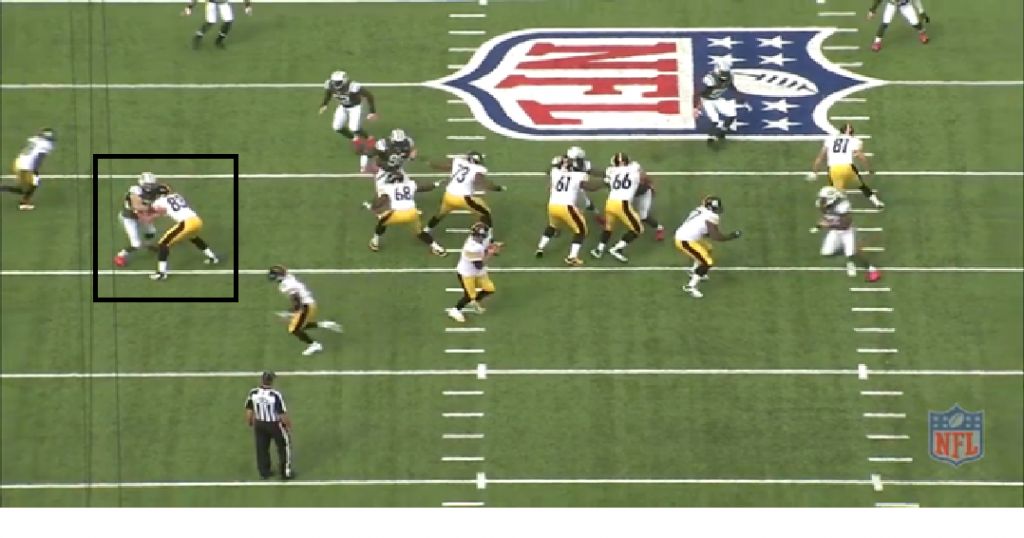 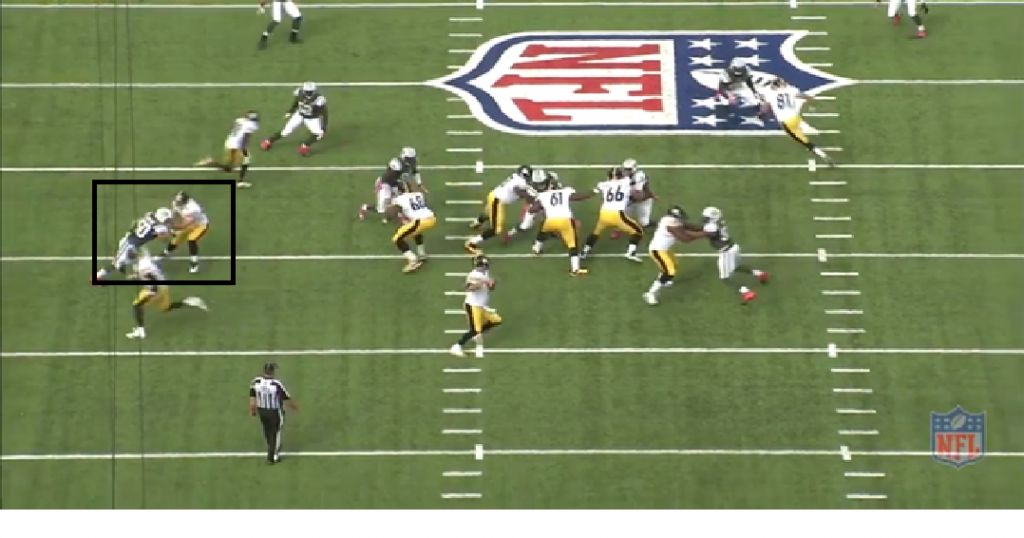 Marcus Gilbert does allow pressure on the play with Calvin Pace getting into his chest and walking him to the quarterback but Pace doesn’t record the sack.

2. 2nd and 10, 13:31 2nd. Shotgun, 11. Six blocking vs a five man rush. T/E (tackle/end) stunt from the LE and left three tech. Yet again, not picked up well by the Steelers. Gilbert and David DeCastro respond to it late, letting the DT work between them and getting upfield. 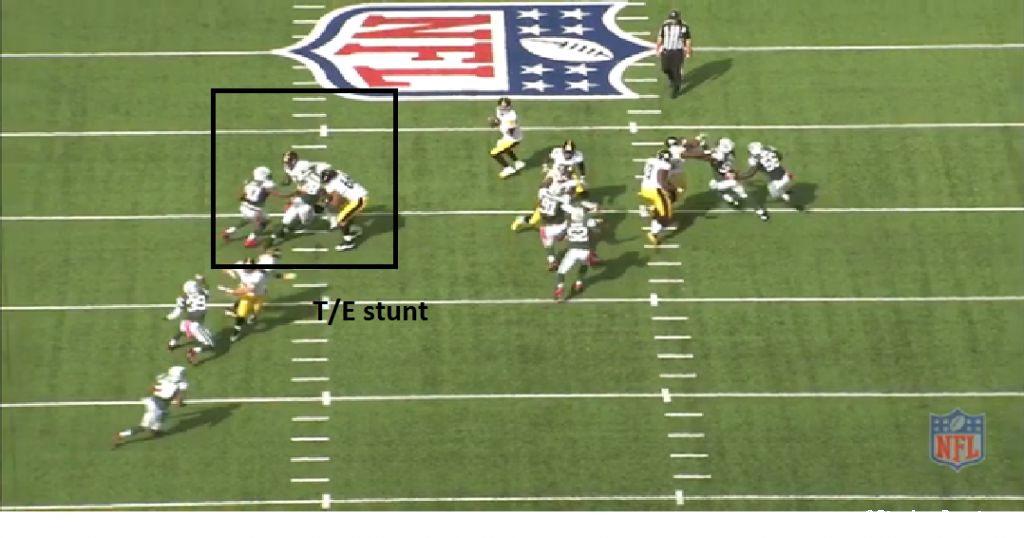 DeCastro does get square to Pace for the briefest of moments but sensing the DT getting past Gilbert, attempts to help out. 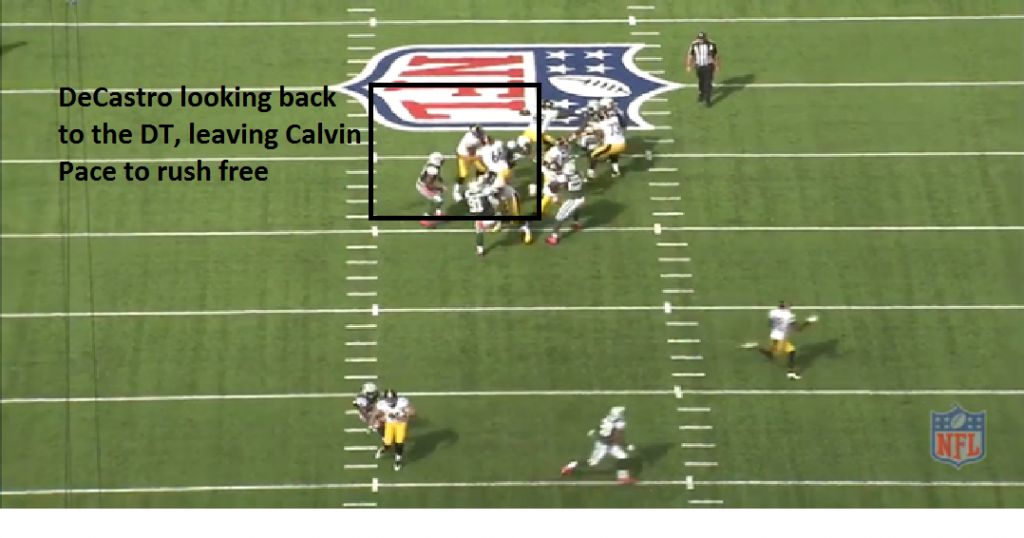 He can’t get back to the DT in time who works under and gets upfield, chasing Ben from behind. Calvin Pace, now completely unblocked, helps clean up the sack. 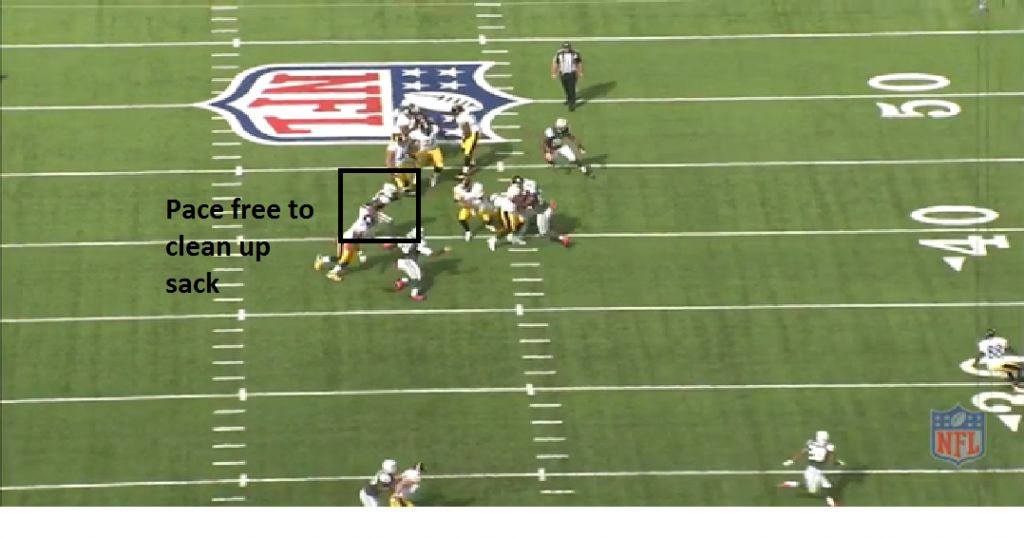 Simple stunt recognition, as I’ve preached over the course of the season, has been one of the biggest issues along the offensive line. Again, this one was picked up late so blame goes to both DeCastro and Gilbert for lack of communication (not necessarily verbal but the ability for them to both realize the same event and react accordingly).

Also an example of DeCastro trying to do too much instead of his assignment. Should have never looked back to pick up the DT. Role is to pick up the OLB looping inside. Understand him trying to bail Gilbert out but if there’s one guy not doing his job, everything falls apart. Does Ben still get sacked even if DeCastro stays on Pace? Maybe. But playing on the line is about five individual assignments that ideally, becomes a collaboration of everyone working together.

3. 3rd and 4, 5:37 4th. 13. Half-hearted playaction on a one-man route, no doubt hoping to get the Jets to sell out on the run given the situation (Steelers up late in the game) and personnel (heavy set with three TEs). Heath Miller and David Palmer double-team the EMOL to sell the run. 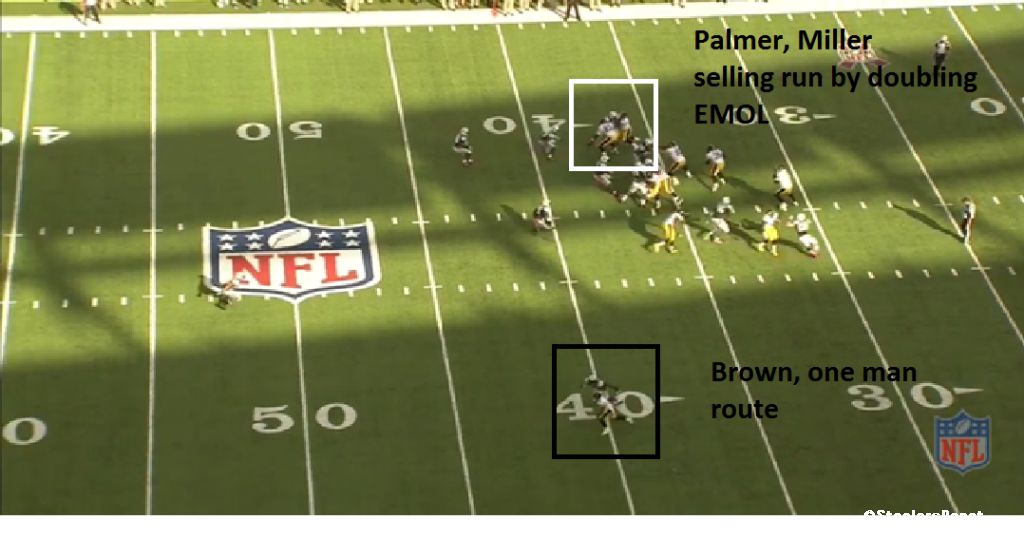 Play never even gets a chance to be successful. Ramon Foster lunges against Muhammad Wilkerson. Bad to do working on any defensive player and especially versus one of the better defensive lineman in the AFC. 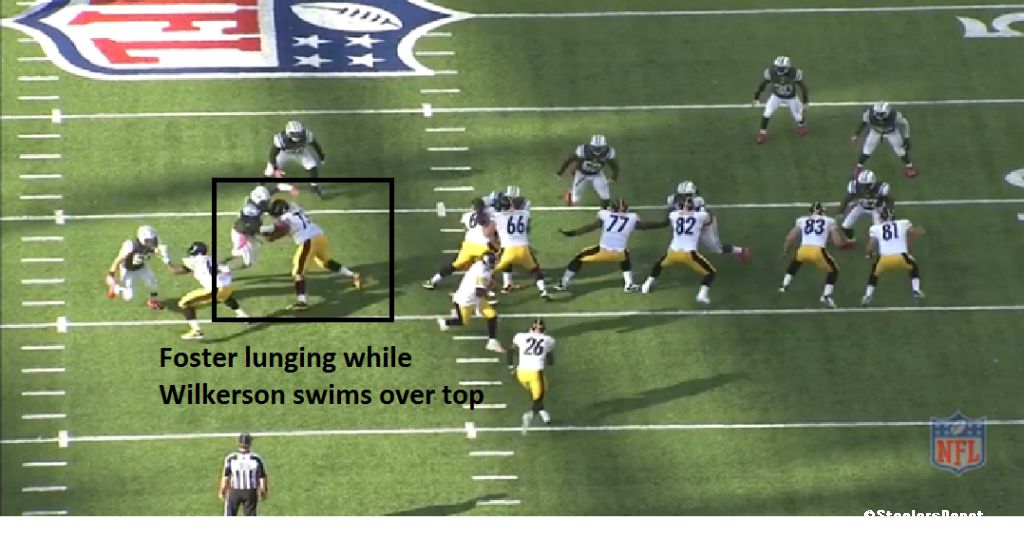 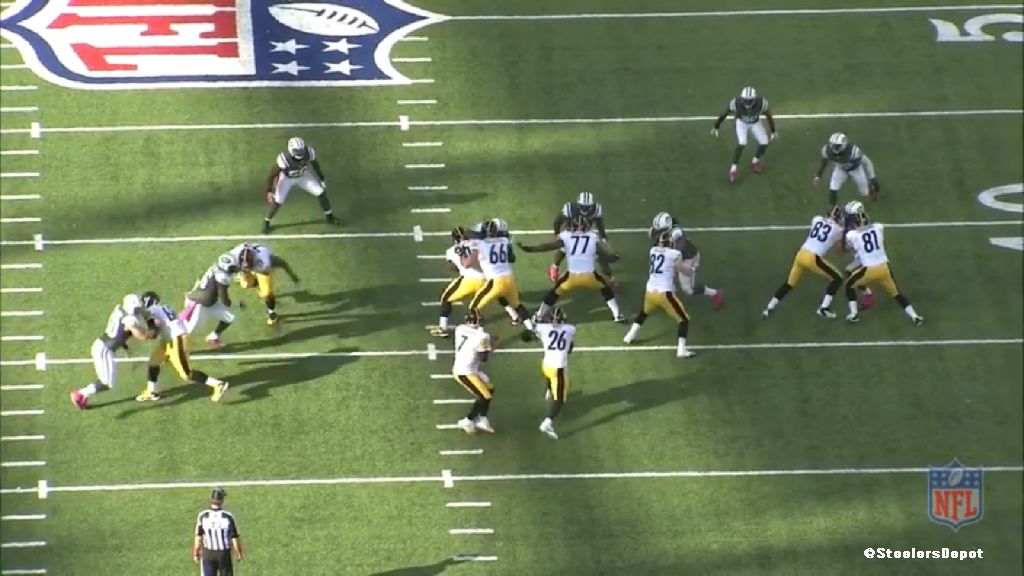 With Foster lunging and not able to derive as much power from his lower half, Wilkerson easily swims over the top and blows past the left guard. Ben has no chance and probably does the smart thing by taking the sack.

More this week (5) than the previous four weeks combined (3).