Thanks to the all-22 film that is now offered by NFL.com, it is easier than ever to Monday morning quarterback plays that aren’t successful. A few people have now asked me to look at the fourth quarter incomplete pass to wide receiver Derek Moye on third down from the Baltimore Ravens 20 yard-line as they feel quarterback Ben Roethlisberger should have went underneath to wide receiver Antonio Brown instead.

When you look at the several screen grabs an animated gifs below, you will see the Ravens are playing man coverage across and that rookie linebacker Arthur Brown is lined up in the slot against Antonio Brown. Arthur Brown appears to be Antonio Brown’s hot read in this situation and the Steelers wide receiver reads it well and breaks toward the middle of the field which is vacated by the Ravens rushing inside linebackers.

The use of the vertical route run by tight end Heath Miller allows him to pick Ravens safety Matt Elam, so Antonio Brown would have only had safety James Ihedigbo left to beat for the touchdown and at worst the Steelers have a new set of downs.

As far as Moye goes, he never had good separation from Ravens cornerback Lardarius Webb. Sure, the pass was thrown perfect and Moye should have caught it, but he didn’t. This decision was basically made by Roethlisberger prior to the snap of the ball and it was a feast or famine shot. Did he miss the read on Arthur Brown?

A touchdown on this drive would have been huge.

I doubt Roethlisberger will be asked about it Wednesday, but it would be interesting to hear his thoughts about what he saw on the play. 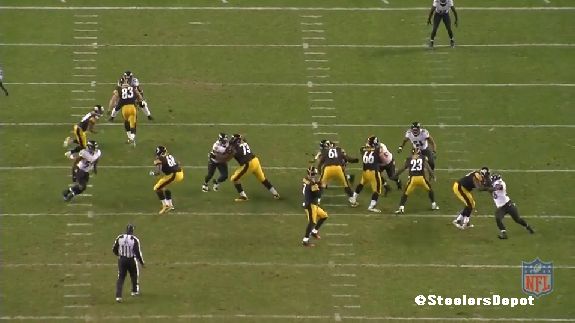 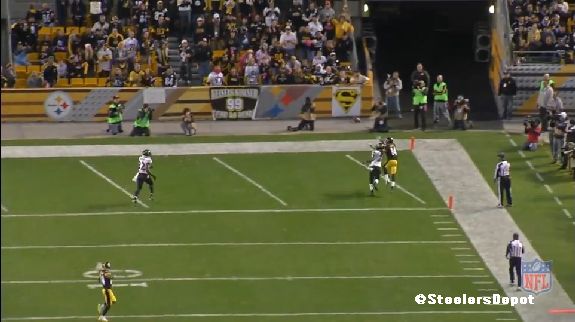 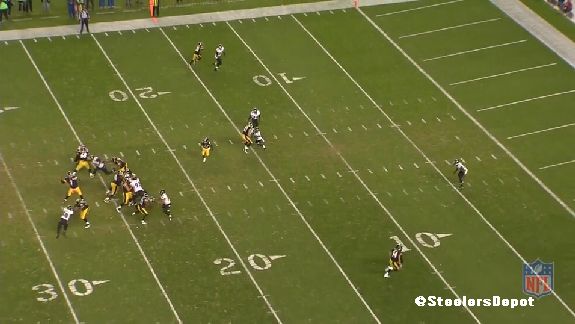 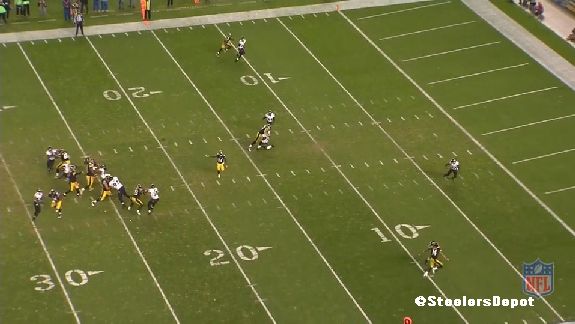 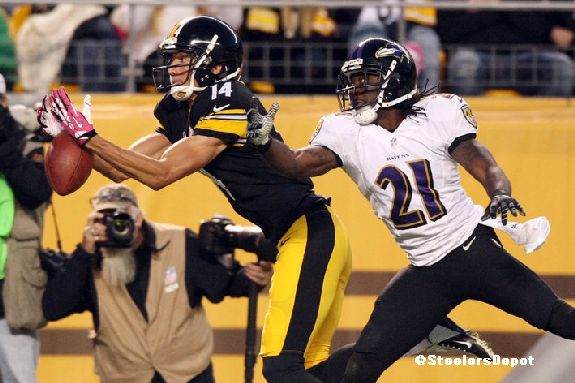