Pittsburgh Steelers running back Jonathan Dwyer had two great blitz pickups and two nice runs Sunday night against the Chicago Bears, but he could have had another big one in the game as well.

Below is yet another example of Dwyer’s inability to read blocks as he consistently leaves yards out on the field. It is getting tiring pointing these out.

On first and ten from the Steelers own 41 yard-line, Dwyer takes a delayed handoff from Ben Roethlisberger and runs left for one yard.

As you can see in both of the still shots and animated gifs, Dwyer has a huge lane to his right that he misses. There are six Bears defenders trapped in the middle of the field and no defensive backs in sight.

The Steelers were only down seven points at the time and this was the first play of the fourth quarter. If Dwyer reads this right, he goes for at least ten yards and possibly more as he will get a rematch with safety Chris Conte, who he punished earlier in the game.

Dwyer had 39 yards rushing in the game on 12 carries. One of those 12 carries went for 25 yards and one other went for 11 yards, which was perhaps his best read and run in sometime. If you do the math, you will see that Dwyer’s 10 other runs totaled 3 yards.

A running back can’t consistently leave yards like this on the field. 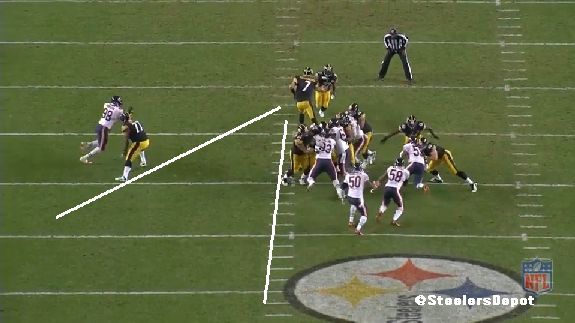 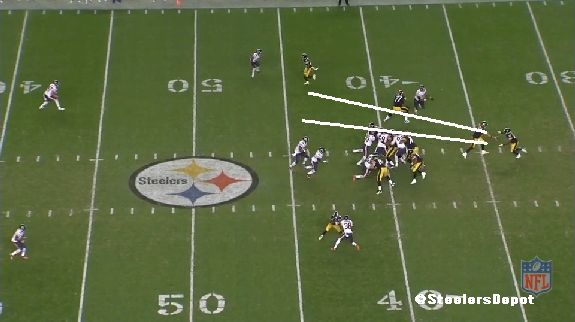