The Cincinnati Bengals drafted tight Tyler Eifert in the first-round of the 2013 NFL Draft and offensive coordinator Jay Gruden has wasted no time in getting his hybrid toy involved in the offense. In their season opener against the Chicago Bears, the Bengals showed just how much they like the versatility of Eifert and they also showed just how much they like using their 12 personnel grouping, as it was used predominantly throughout the game.

Below are a few formation still shots from the Bengals season opener against the Bears and I used these to best illustrate just how much Eifert is moved around. It’s similar to the way the New England Patriots used tight ends Rob Gronkowski and Aaron Hernandez prior to losing the latter of the two this past offseason to a murder charge.

Eifert can function as an in-line tight end, an h-back, a slot receiver or as an outside receiver and quarterback Andy Dalton has the flexibility to move him around pre-snap based on what he sees from the defense.

Eifert and fellow tight end Jermaine Gresham were targeted ten times Sunday against the Bears and they caught all ten passes. What’s interesting is the fact that only one of those ten passes was to the middle of the field as Dalton preferred to work the short sides with his two tight ends.

Below is an animated gif of a pass to Eifert and you can bet the Pittsburgh Steelers will see this exact play or some variation of it Monday night.

On the play, the Bengals use a balanced line with their 12 personnel grouping and a single back eye set. It’s a simple misdirection play to their left complete with play action and a rollout to the right side. At the snap, Eifert comes across the formation and easily sneaks out into the flat for an easy catch and a 17-yard gain. The Bengals of course can run this play to either side and use Gresham as the target instead of Eifert in addition. They will set of this play by running the stretch first or vise versa.

Defending the Bengals two tight ends Monday night will not be an easy task for the Steelers and I fully expect that we will see some new personnel groupings on defense in order to best neutralize it. 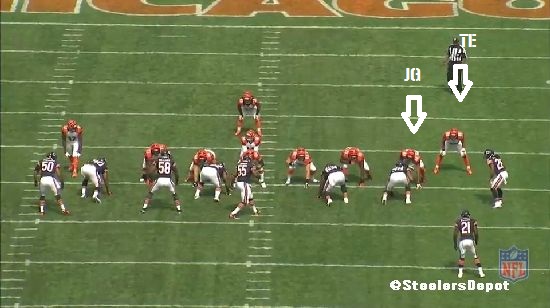 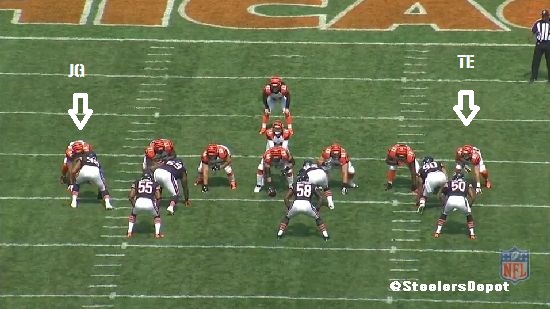 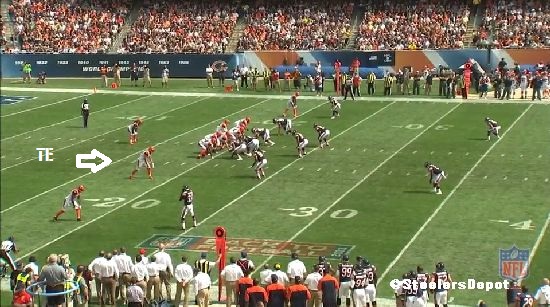 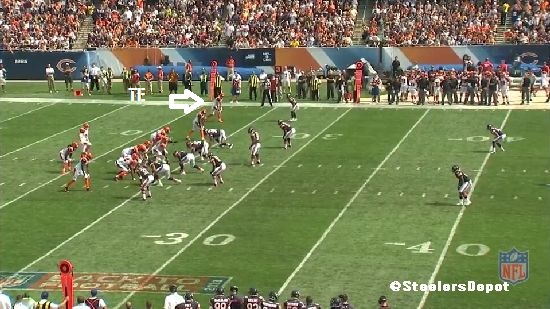 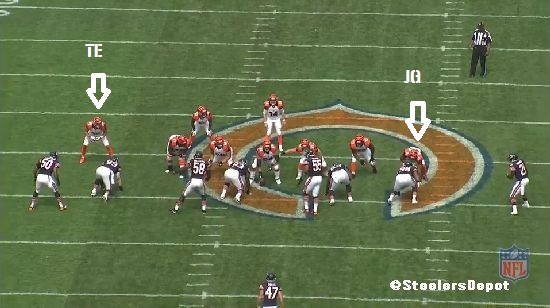