Pittsburgh Steelers running back LaRod Stephens-Howling made his debut Saturday night in the black and gold and he did not disappoint.

The University of Pittsburgh product carried the ball seven times in the game for 40 yards and that included six carries in seven plays during the Steelers second offensive possession of the game. “The Hyphen” showed great vision, patience and cutback ability on several runs and it wasn\’t more evident than on the six yard run on the third play of the second possession.

Below is an animated gif and three still shots of the play.

Stephens-Howling sees the middle linebacker mirroring him and filling the lane to the left. It looks as though this play will go for no gain initially, but the running back looks right and sees right guard David DeCastro controlling and turning an over-committing outside linebacker out of the lane. Even though center Maurkice Pouncey is losing control of his block on defensive tackle Linval Joseph, Stephens-Howling is able to use his quickness and power to break through the attempted  arm tackle.

While this is a great example of an inside zone run and good blocking by both Decastro and right tackle Marcus Gilbert, the patience, read and cut by Stephens-Howling made it go.

The Steelers running back was asked if he liked the zone blocking scheme after the game.

“I love the schemes here,” said Stephens-Howling. “It\’s a little different from what I\’m used to, but I\’ve been able to adapt quick, and yeah, I love what they do up front.” 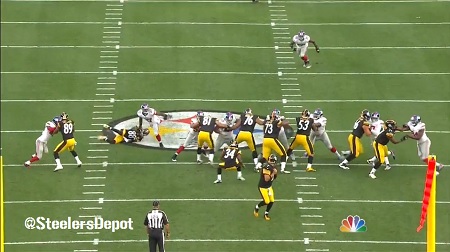 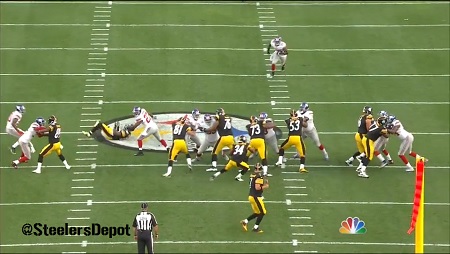 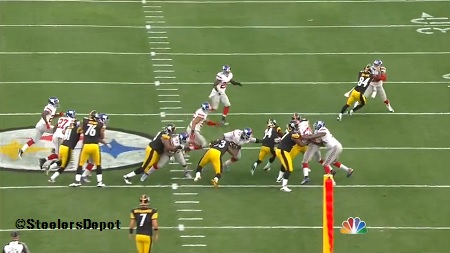