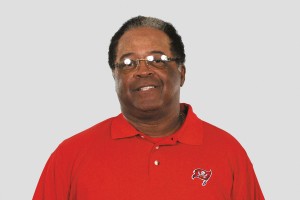 It was announced on Wednesday that long-time NFL assistant Richard Mann will be the new Pittsburgh Steelers wide receivers coach. This means that that two-thirds of the “Young Money Crew” will get an “Old Mann” as their second position coach since coming into the league as Mann is 65 years of age.

A lot of Steelers fans seem to be upset with Mann being the choice and they point to his age and him being out of coaching since the 2009 season ended as the main reasons why they don\’t like the hiring.

Steelers head coach Mike Tomlin worked with Mann during his time with the Tampa Bay Buccaneers so there is your familiarity factor. It is not uncommon for coaches to gravitate towards other coaches that they have worked with in the past and this late in the offseason, it is just a week before the NFL combine mind you, the pickings are not what they were three weeks ago. Like it or not, the NFL is an incestuous business as far as front offices and coaching staffs go.

Until Mann speaks to the media we can only guess as to why he has been out of the league for the last three seasons. Perhaps he just wanted a break or perhaps his phone just wasn\’t ringing. We don\’t know. Even though he hasn\’t been part of a staff, Mann has been close to the game as he has been assisting and consulting players as they prepare for the NFL Draft. In addition to that, it should be noted that his son, Richard Mann II, is currently a scout for the Washington Redskins.

When it seemed as if Mann might be exiting Tampa Bay following the 2009 season, Buccaneers running back Earnest Graham told 1010 Sports Radio in Tampa back in January of 2010 that Mann “would be a big loss, if we did lose him.” Graham also reportedly said in that same interview that Mann is a soft-spoken guy with a powerful locker room presence and made it clear that when Mann did address the team, or a group of players, that every player was listening to him.

Mann, when hired by the Buccaneers back in 2002, was widely regarded as one of the top receivers coaches in the league, according to Len Pasquarelli, who added that he is a stickler for detail, and a coach who always stresses the proper technique. That sounds exactly like what the Steelers wide receivers need right now and I am sure that you would agree.

Scottie Montgomery, while many of us outside of the walls of the Steelers facility never really knew much about him, seemed by all appearances to be a player-friendly coach. Montgomery had also only been the league for just three years and you have to wonder how much impact Hines Ward had in the development of Mike Wallace, Antonio Brown and Emmanuel Sanders during that span of time. Maybe Montgomery was too player-friendly? We really don\’t know.

It won\’t hurt to have a veteran coach coaching that positional group right now. Mann knows the game and it is hard to believe that it has passed him by being as he has remained close to it the last three years. He has worked with some big name wide receivers and tight ends during his 28 years in the league and will now get a chance to turn Brown, Sanders, and potentially an early round draft pick, into big names as well.

Passing judgment on Mann because of his age and time away from the game-day sidelines is pretty ludicrous. Whether or not you like the hire doesn\’t really matter at this point. He is the new Steelers wide receivers coach with a clean slate right now. After the 2013 season is complete we shall see if this hire was a good one or not.