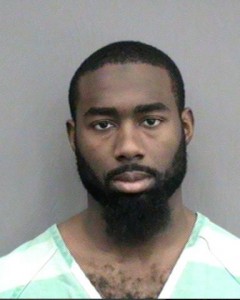 Matt Watts of the Miami Herald is reporting Thursday via Twitter that Pittsburgh Steelers running back Chris Rainey was arrested this morning on a simple battery charge according to the Gainesville Police Department.

Rainey, the Steelers fifth round draft pick from last April out of Florida, was arrested in September of 2010 and charged with aggravated stalking, a third-degree felony, for allegedly sending a former girlfriend a threatening text message.

Rainey was arrested Thursday morning in Gainesville for slapping his girlfriend in the face during an altercation over a cell phone. Witnesses reportedly saw Rainey pull his girlfriend out of a car and slap her in the face, according to Watt.

Below is the GPD Press Release

GAINESVILLE, FLA – At approximately 8:26am on January 10th, 2013, the Gainesville Police Department received a 911 call from a witness that reported a male subject and a female subject involved in a verbal altercation that turned physical.

Officers arrived and identified Christopher J. Rainey, BM 3/2/88 as the male involved. Witnesses told officers that Rainey and the victim got into an argument over Rainey’s cellphone. The female victim entered the vehicle of Rainey’s roommate, and Rainey confronted her on the passenger side of the vehicle, and began pulling her out of the vehicle. Witnesses then observed Rainey slap the victim across the face with an open hand. Both Rainey and the female victim then fell to the ground. The victim was able to run away, but Rainey chased after her because his cellphone was in a bag the victim was carrying. Rainey grabbed the bag again, and they both fell to the ground again. Neither party suffered visible injuries from the encounter. Multiple witnesses confirmed the incident.

The investigation revealed that Rainey and the female victim have been in a dating relationship for approximately nine months. Rainey was ultimately arrested by the Gainesville Police Department and charged with one count of Simple Battery (Dating Violence.) Rainey was transported to the Alachua County Jail for booking.