Below are the offensive player play counts and participation chart for the Pittsburgh Steelers week 5 game against the Philadelphia Eagles.

With Rashard Mendenhall back from injury, Jonathan Dwyer, as expected, was inactive. In addition, Baron Batch never saw the field on offense. Rookie tight end David Paulson saw extensive playing time at the expense of Leonard Pope and we already pointed this out in a previous post. Although it was original thought that Pope saw no snaps on offense, he actually was in on the final offensive play as a third tight end. The Steelers used 2 or more tight ends on 18 plays as a result. Will Johnson also saw considerable playing time this week as he logged 26 snaps.

The Steelers used the 11 personnel grouping predominantly in this game and we will break down the groupings in a future post. 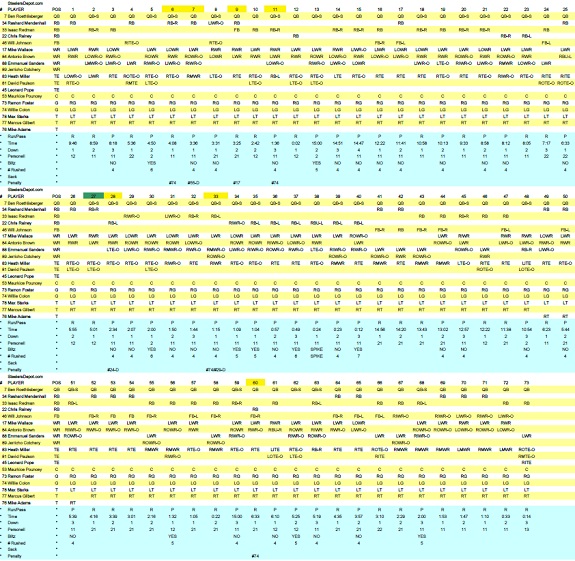