Below are the offensive player play counts and participation chart for the Pittsburgh Steelers week 7 win over the Cincinnati Bengals.

There were not too many surprises this past week on offense unless you consider the fact that all five offensive linemen were able to play every snap in this game. Running back Jonathan Dwyer of course had the bulk of the snaps at running back and Chris Rainey received his normal amount of snaps with Baron Batch picking up the slack in-between.

We forgot to chart the two point conversion this week, but I laid that play and personnel out in a previous post. It was the only snap that tight end Leonard Pope saw with the offense. This was the first game that the Steelers were able to use the victory formation, and with Troy Polamalu sidelined, safety Ryan Clark served as the deep victory deep on the play.

On 41 snaps the offense used the 11 personnel grouping that features 3 wide receivers. 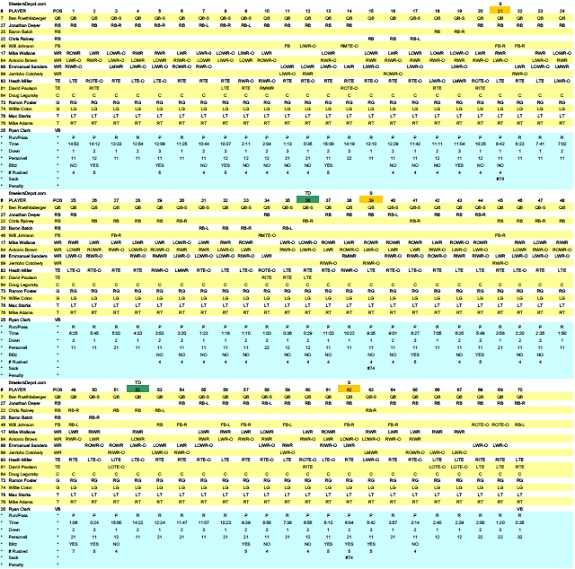