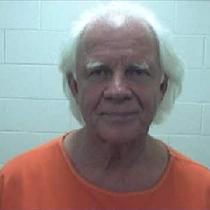 Former Oakland Raiders quarterback Ken Stabler is leading the charge of a recently filed concussion lawsuit against the league. In that lawsuit Stabler points to the fact that the league’s Super Bowl XLVI commercial regarding decades of changes to the rules fails to mention how “recidivist violators” like Pittsburgh Steelers linebacker James Harrison are still allowed to continue to play the game. The argument is of course based on Harrison and his five illegal hits in three seasons.

Now that the players have reported to Latrobe for training camp, the media wasted no time in asking Harrison what he thought about being listed in the lawsuit that was filed earlier this week. When asked by Tim Benz of 105 The X radio asked Harrison if he knew he was listed in the lawsuit, Harrison replied, “I\’m not aware of it.” After being filled in on the minor details of why he was listed, Harrison replied, “Who is — Ken who?” That was later followed by Harrison saying that he had never heard of Stabler and that his opinion doesn\’t matter to him.

Being as Harrison is busy now getting ready for the 2012 season, I figured I would help him out by letting him know just who Stabler really is.

Stabler was drafted by the Raiders in the second round of the 1968 draft out of Alabama where he played under the legendary Paul “Bear” Bryant. Stabler played 15 seasons in the NFL for the Raiders, Houston Oilers and the New Orleans Saints before retiring in 1984. He was a four-time Pro Bowl selection, a two-time All-Pro and was the winning quarterback for the Raiders in Super Bowl XI.

Stabler also was the NFL MVP in 1974 and led the NFL in passing touchdowns in 1974 and 1976. In addition, Stabler was the losing quarterback for the Raiders in the 1972 AFC Divisional playoff game against the Steelers, the game the featured the Immaculate Reception by Franco Harris to win the game for Pittsburgh.

In addition to his long playing career in the NFL, Stabler is also a habitual drunk driver that doesn\’t know how to pay his taxes. It has also been long believed that Stabler also set up a framed cocaine bust back in 1979 of a Sacramento sports writer that he was not fond of. The NFL looked into the incident at the time, but of course nothing ever came out of it.

Stabler was first arrested in 1995 in Pensacola, Florida, which just so happens to be my home town. He pleaded no contest to the charge. The Florida highway patrol reported at the time that Stabler recorded a blood-alcohol level of .12 percent and .125 percent on two breath tests. The legal limit in Florida at the time was .08 percent.

In May of 2001 Stabler was arrested again in Orange Beach, Alabama for driving under the influence. He was also charged with illegal possession of prescription drug and reckless driving in addition. Stabler plead guilty to the DUI charge as part of a plea deal that resulted in the charges of drug possession and reckless driving being dropped.

With two DUI charges already under his belt, Stabler was once again arrested in June of 2008 in Robertsdale, Alabama and charged with his third DUI. Stabler ended up spending the night in jail and was released on a $1,000 bond 12 hours after the arrest was made. Stabler ended up being acquitted of the charge in court after a judge said that the police and prosecutor did not prove their case. And you wonder why they call him “The Snake”?

Stabler still drinks like a fish to this very day. How do I know? Several friends of mine spot him all the time at a very famous bar on the Alabama, Florida state line, one he has patronized for years. Stabler is always still willing to let someone buy him a drink. I too am guilty of having a beer or eight with Stabler back when I drank. On my tab of course. Stabler was once asked about all of his divorces, to which he replied, “All I wanna do is drive around in my truck and drink Jack Daniels… and they just don\’t understand.”

In 2006 Stabler was sued by the IRS because he owed over $500,000 in unpaid taxes. Stabler eventually reached a settlement with the government to pay off the back taxes in a deal called for the sale of two houses that he owned, one of which that his estranged wife lived in. Even after the sale of the two properties, Stabler still had a tax debt of over $250,000. He was reportedly put on a payment plan of sorts, but he will likely never pay off the balance based on his current income. That is of course if he doesn\’t get any money in the lawsuit that he now has against the NFL. The lawsuit that claims that Harrison should be kicked out the league. Kind of ironic, don\’t you think?

Hopefully this post ends up being read by Harrison so the next time someone ask him who Ken Stabler is, he will be able to tell them.