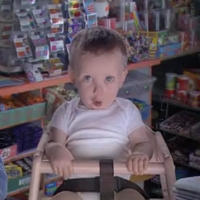 Adam Schefter of ESPN reported today that there was no news to report on Pittsburgh Steelers wide receiver Mike Wallace, who continues to refuse to sign his restricted free agent tender until he has to. Schefter said Tuesday on NFL Livethat it “may be awhile” before the Steelers see Wallace at the team facility, and that Wallace won’t sign the tender “until he absolutely has to.”

If you are shocked by any of this then you likely missed my post last week in which I stated that you likely will not see Wallace taking part in any of the OTA or mini-camp sessions this summer as he continues to make his statement that he wants a long-term deal done, something the Steelers want done as well. The next important date for Wallace that likely will end up being not important at all is June 15th, the date that the Steelers could reduce the tender offer given to Wallace to 110% of his 2011 salary and still retain his rights. The Steelers are unlikely to play that kind of hardball with Wallace and instead will wait until training camp to see if he reports.

There has been quite a bit reported about Wallace and his supposed wants and forthcoming actions ever since the he was tendered back in March, but neither he nor his agent Bus Cook have responded publicly to any of these reports. The Steelers have maintained their same company line throughout the entire offseason in stating that they want Wallace in Pittsburgh long term.

The Steelers first OTA session begins next Tuesday and Wallace is not expected to be in attendance for that or the two that follow in the consecutive weeks after that one. I suspect we will continue to get more of these new news reports that there is no new news to report on Wallace as the summer rolls along, and as usual, I will continue to pass along the new news of no new news to you so you can stay informed. You\’re welcome!