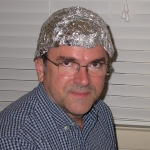 Welcome back to another edition of “Who has met Todd Haley?” Is this silly and over the top? Damn right it is. The next offensive player that we have confirmation of that will meet new Pittsburgh Steelers offensive coordinator is right tackle Willie Colon. Colon was asked via Twitter tonight if he has met Haley since he was hired and Colon replied, “tomrrow I will..” So if you are scoring at home, and I know ALL of you are, we now know that wide receiver Antonio Brown has met Haley and that Colon will meet Haley on Tuesday. We also believe that quarterback Ben Roethliberger has yet to meet Haley.

Now many have asked if coaches can have contact with players during the offseason and Mark Kaboly from the Pittsburgh Tribune-Review cleared that up earlier on Monday when he reported via Twitter that Haley is not permitted to have “mandatory” meetings with players until April 16, per the CBA. He added that Haley can have informal talks with players any time he wants. He just can\’t make it mandatory.

I can put my tin foil hat on that I always keep beside me and speculate that Roethlisberger is slowly sending in some players on offense to gather intelligence on Haley. How\’s that for a conspiracy theory? In reality though, Colon likely has other business to take care of and figured he would make a point to stop in and talk to Haley.

I will make sure to keep you abreast of other players on offense that meet with Haley before Roethlisberger does. Why? Why not? Don\’t worry though, the NFL combine starts this week and I am bound to be fully engulfed in that for a solid week. That is likely a win-win for everyone.

Until we meet again… or until someone else on offense meets Haley. Commence your bitching below!