The Pittsburgh Steelers offseason has already been a pretty busy one with Art Rooney II making his thoughts known on the 2011 season and the announcement Friday that offensive coordinator Bruce Arians would not be returning for the 2012 season. we have also had several players signed to future contracts as news filler in addition.

Luckily linebacker James Harrison gave us something on the lighter side to post about today on his Facebook page. In the video you can see here, Harrison pulls up in his big black truck with a snow plow attached to the front and leans out the window to say, “It\’s the offseason, Ive got to make money somehow. Anybody need a plow driver? Give me a call.” Harrison then speeds off. 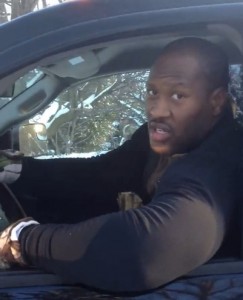 Not only has he been busy snow plowing, he also has been doing a little bird hunting in addition. Hopefully this will be a much quieter offseason for Harrison that does not include back surgery or Men\’s Journal interviews and more videos about snow plowing, acupuncture and bird hunting. I am pretty sure that Roger Goodell can\’t find or suspend him for those actions. OK I am lying, I am not sure about that at all.