I am sure we will get to see the bias against the Pittsburgh Steelers this week and the double standard that the NFL has as it relates to helmet-to-helmet hits on defenseless receivers. In case you missed it, St. Louis Rams linebacker James Laurinaitis hit Steelers wide receiver Hines Ward helmet-to-helmet while he was in a defenseless position after catching a short pass from quarterback Charlie Batch across the middle with 4:49 left in the game. 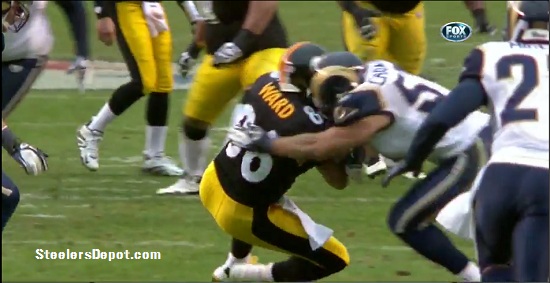 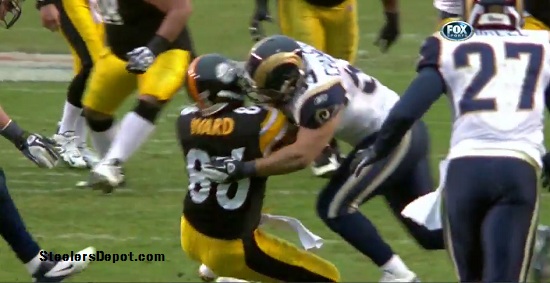 Ward was going down and had just turned his head around before Laurinaitis clearly led with his helmet and the hit clearly snapped the neck back of Ward. NFL Vice President of Officiating Carl Johnson even released a new video recently about these types of hits and Laurinaitis clearly is in violation of what Johnson deems as a legal hit. He should have aimed lower and led with his shoulder. This hit could have clearly given Ward a concussion, something the league says they are trying to take a hard stance on in regards to player safety.

Am I picking on Laurinaitis here? Absolutely not. Just like NFL commissioner Roger Goodell thinks Steelers linebacker James Harrison is an amazing player, I too think Laurinaitis is an amazing player, but as Goodell told James Brown a few weeks ago in his interview, the rules apply to all 2000 players and all 32 teams. We shall see early next week if this is just lip service from Goodell or if these fines and rules only apply to 53 players and 1 team.

It is your move Goodell. Let\’s see those double standards and you give us all some bullshit reason why this was a legal hit. We have come to expect it. I suspect that the league will also try to sell photos of the hit as well.