There were several great play by the Pittsburgh Steelers defense last Thursday night in their 14-3 win over the Cleveland Browns and I wanted to focus in on the 3rd down and goal play from the Steelers 1 foot line with just over 10 minutes left in the first quarter. This play followed the great touchdown saving tackle of Browns quarterback Colt McCoy by James Harrison, that was originally ruled a touchdown. The Steelers are in goal-line personnel on this play and the first picture has the Steelers players numbered that are on the field so you can see who is where to begin with. 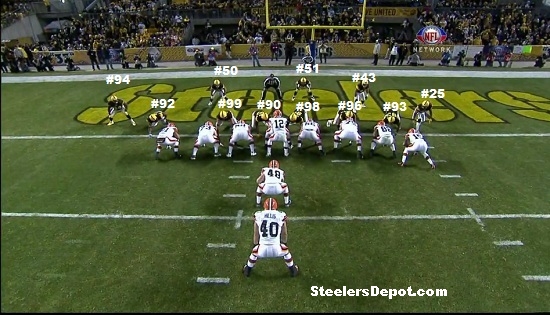 A great shot to start with of 11 on 11 with the Browns using 22 personnel which is 2 running backs and 2 tight ends. Peyton Hillis is the deep back in the I behind fullback Owen Marecic. Both Steve McLendon and Casey Hampton are in the A-gaps slanted towards center Alex Mack. Brett Keisel is in the b-gap with Ziggy Hood lined up on top of right tackle Tony Pashos. Both James Harrison and Jason Worilds are down 7 technique style on the outside shoulders of the two tight ends. 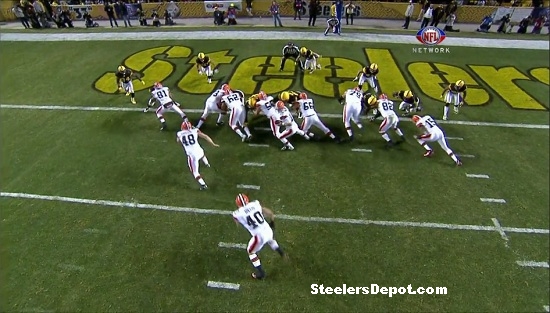 At the snap, you can see the double team on Keisel by Joe Thomas and Jason Pinkston. Both McLendon and Hampton already have good penetration through the A-gaps. Hood is double teamed by Pashos and Ben Watson. Alex Smith starts to engage Harrison while Larry Foote approaches the hole. 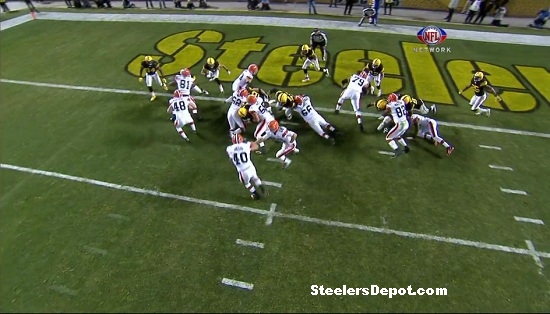 Look at the penetration by McLendon already as the ball is just now about to be handed of to Hillis. Hampton is not far behind. Harrison is fully engaged with Smith at this point and the left tackle Thomas is off his double team of Keisel to go after James Farrior. Lawrence Timmons has outside containment on this play with the fullback approaching. 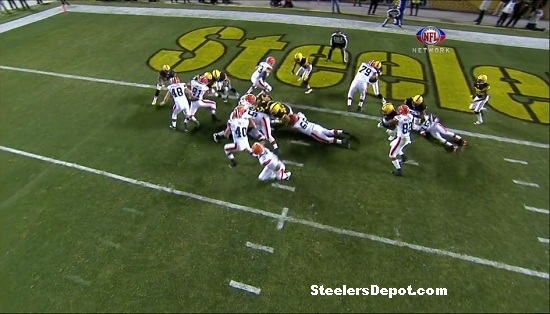 We lose McLendon in this shot, but he has, but he has great penetration with Hampton clogging up his gap completely. You can see that Smith clearly has his hands full with Harrison at this point. Foote is filling that gap from behind. 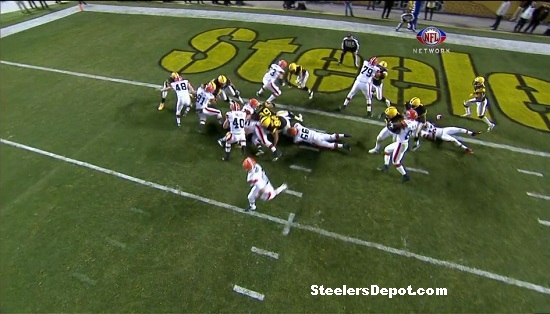 Harrison is buckling Smith now. Hampton is through as is McLendon, who you still can't see. Look how low Farrior is taking on Thomas at the goal-line. 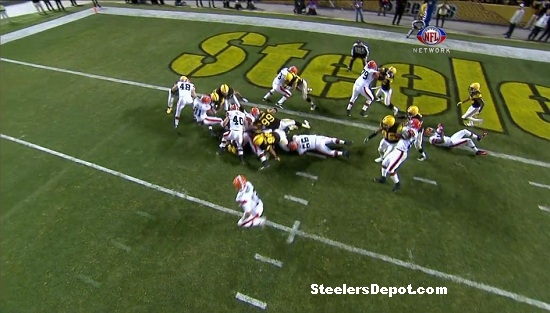 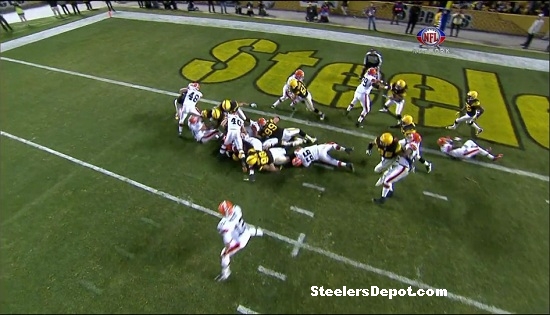 McLendon gets his piece on the leg in this shot, while Harrison continues to destroy Smith while filling the gap. All Foote has to do is make the tackle. Farrior continues to fight through the block of Thomas just in case. 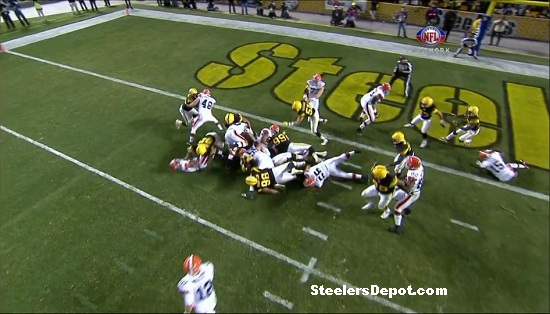 Hillis tries to go very low of Foote, but it is all over at this point. Harrison has Smith flat on his back. Farrior closes to help clean up anything left. 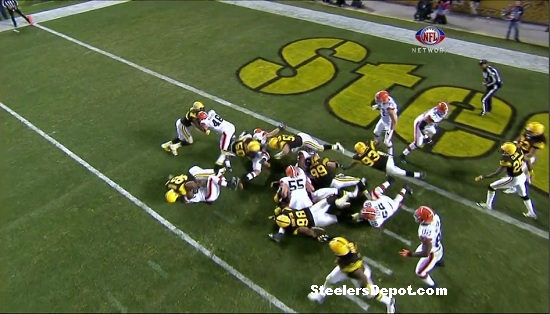 Harrison wants Smith to remember what he asked for here while Foote and Farrior finish up Hillis. 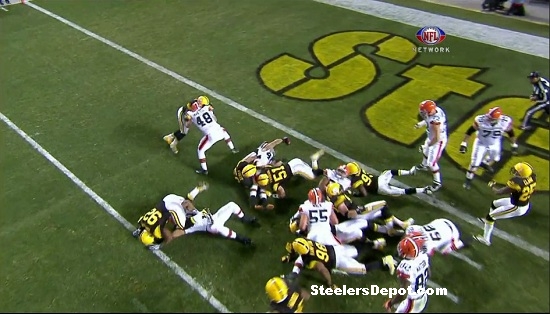 It is all over now and Harrison has Smith check him for freshness. What a fine goal-line stand and great plays by McLendon, Hampton, Harrison, Foote and Farrior.