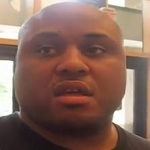 After the game against the Texans, Steelers head coach Mike Tomlin did not mention the shoulder injury suffered by nose tackle Casey Hampton during his press conference and also omitted him last Tuesday as well when he met the media. It was not until last Wednesday when Hampton showed up on the first injury report for the Titans game that Hampton had something wrong with him. I wrote it off as just needing a day off, but Hampton went on to miss Thursday and Friday in addition and was subsequently ruled out for the Titans game.

Chris Hoke filled in admirably for Hampton against the Titans and during his post game comments he made it seem that Hampton could be out a while or at least for this upcoming Sunday against the Jaguars. Hoke was talking about his play and said, ““I’m excited to watch this film (on Monday),” Hoke said. “I still have to get better, don’t get me wrong. I still need to work and Steve McLendon, we need to work together to hold down that fort, until hopefully, Casey comes back, so that’s what we’ll do.” Hold down the fort makes it sound like this may be more than a one week injury. I of course could be reading too much into these comments, but in the latest offering by Ron Cook, he thinks there is a good chance Hampton won\’t be ready by Sunday as well.

We should get a little more clarity later today on the status of Hampton when Tomlin holds his weekly Tuesday press conference. Hopefully a media member will ask about him if Tomlin does not volunteer an update on Hampton during his recap of the injured players. The way Hoke played last week, they might not be in a hurry to rush Hampton back.