Time for a little breakdown of the Steelers 95 yard touchdown pass from Ben Roethlisberger to Mike Wallace this past week against the Arizona Cardinals and it is a classic case of missed responsibilities by free safety Rashad Johnson. Johnson was making the start as Kerry Rhodes was sidelined with a broken foot. It is 1st and 14 from the Steelers own 5 yard-line following a David Johnson false start to begin the drive. The main option on this play is to Johnson on a short out. Here we go with 10 pictures and captions and you can see the full replay from the game here. In short, this is a breakdown of a breakdown. 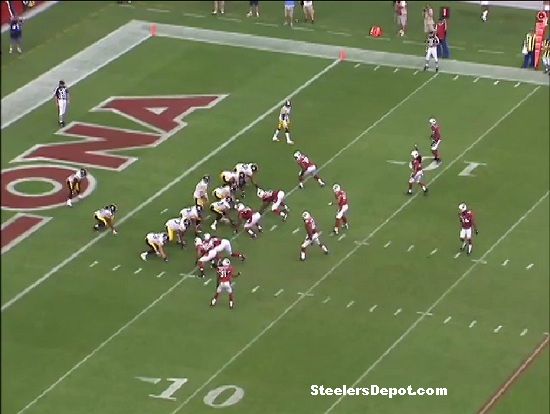 Here we are pre-snap on the "fake 14 straight" play run out of 13 personnel, three tight ends, but Johnson lined up as fullback. Mike Wallace is lined up wide left and rookie Patrick Peterson, who had been following him around most of the game up until this point, is lined up looking like he has coverage. That is strong safety Adrian Wilson as the one deep safety and free safety Rashad Johnson is initially inside Peterson with his hand up. Presumably he has Wesyle Saunders responsibility. Richard Marshall, #31, is the corner on the other side, bottom of the picture. 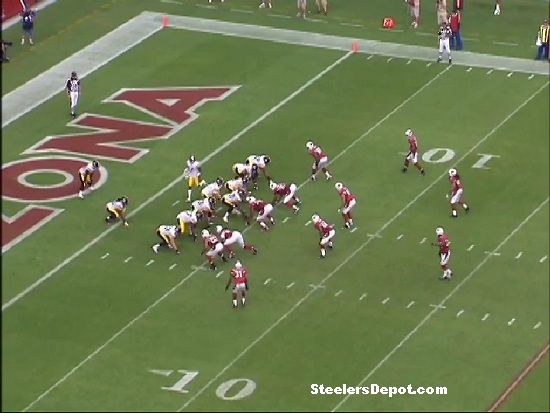 Wallace is in motion here to the strong side and Wilson starts his decent down in the box, while Johnson stays in his 3rd and only drops back a little as if he now only has over the top help on Saunders. 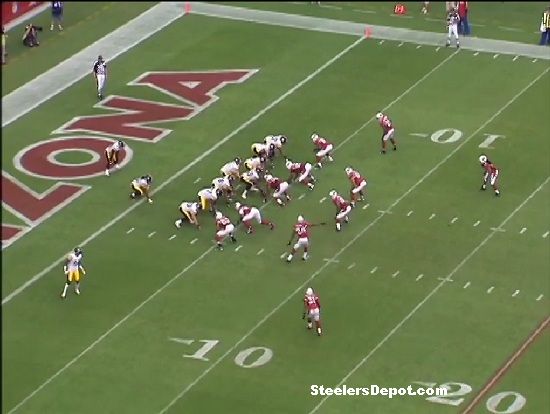 Marshall has now drifted back at the bottom of the picture to assume his matchup zone responsibilities as Peterson stays home and does not follow Wallace across the formation. You can see Wilson, now down inside the box, trying to get free safety Johnson to drop back deeper and more into a middle of the field spot as he his too far in his 3rd to offer support to Marshall over the top. 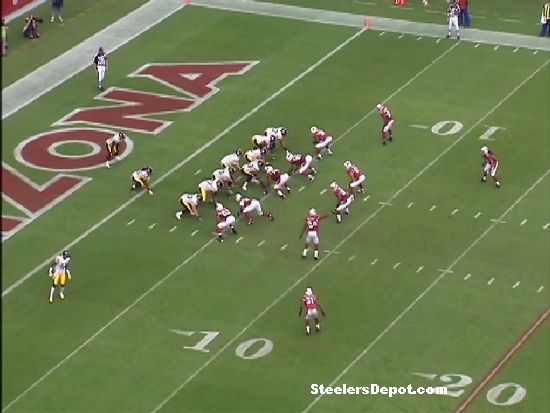 The play is designed to go to David Johnson on a drag route out of the backfield after play action. This shot again shows Wilson trying to get Johnson back and in the middle of the field. Johnson looks frozen and Wilson should have called a time-out right here as Marshall is out on an island alone with Wallace.

Everybody and I mean everybody bite on the play action here. Free safety Johnson is still almost in the same place up top, Marshall has even taken a step in. 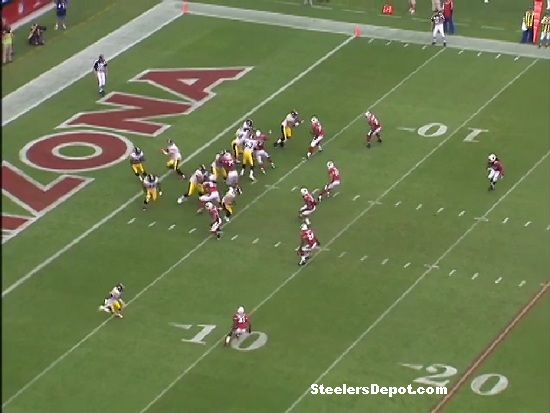 This is what you call the "oh crap" moment as everyone is changing direction after realizing it is not a run. Johnson is still only 4 yards deeper than Marshall and still on his third of the field. Wallace initially starts his rout to the outside before breaking back in. 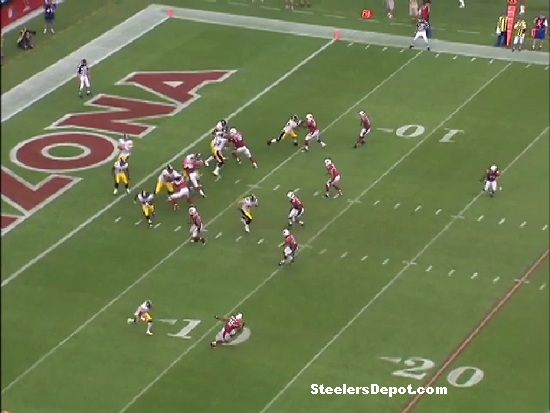 Marshall is just turning his back to run and hopefully keep Wallace outside of him as Wallace still appears willing to take that route. Johnson is also now realizing he has help responsibilities over the top as Heath Miller has also released and the linebacker appears to have him underneath. 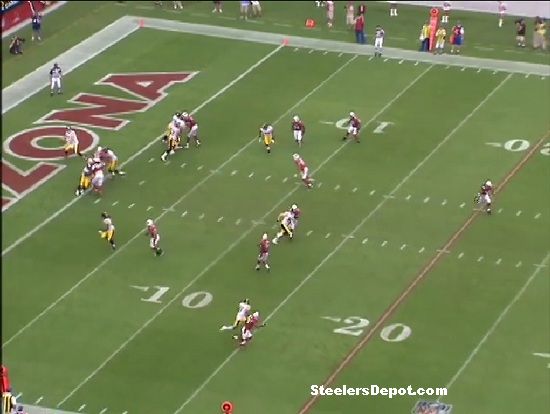 David Johnson is out in his drag route now and Marshall has allowed Wallace inside him while Johnson is still only at the far hashmarks. 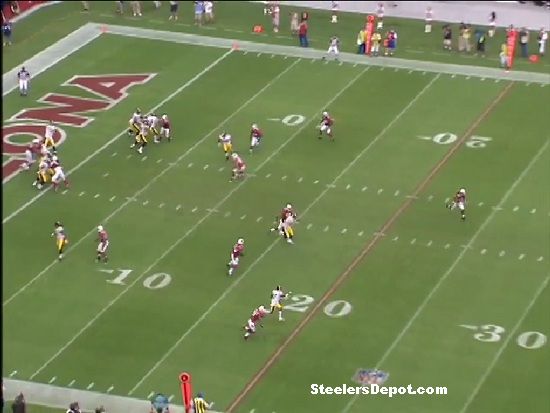 Wallace has his hand up. It is just pitch and catch here and all Roethlisberger needs to do is just hang it up and let him go get it. Classic example of the old, if he is even, he is leaving. 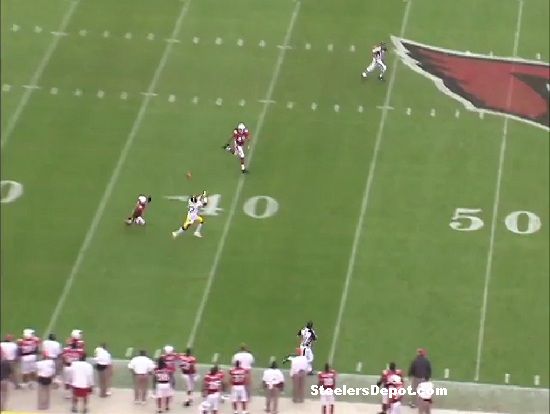 Johnson just can't get over to that side quick enough and Roethlisberger throws it about 49 yards and catches Wallace in full stride. It is just a foot race from here.