Several Steelers players are speaking out about a few of the blocks used on nose tackle Casey Hampton on Sunday in Baltimore and are accusing them of chop blocking Hampton. If you read my post game observations the day after the 35-7 loss I noted how much the Ravens cut block, but did not look closely at whether or not they were indeed chop blocks as I had several other things to chart and observe in the game.

The Ravens successfully cut block several times legally throughout the game, but one of the most blatant chop blocks came on the Ravens very first offensive play from scrimmage when Ray Rice ran around the left end for 36 yards. On that play Hampton was engaged with center Matt Birk and right guard Marshal Yanda chops him at his knees. You can watch the video replay below along with two screen captures from that run. The second blatant chop block happened at the 10:53 mark of the first quarter on a 1st and 10 run by Rice when he ran off left tackle for 5 yards. Yanda once again goes for the legs of Hampton as he is engaged with Birk once again.

Yanda, or any other Ravens player for that matter, has been fined for any illegal blocks as of Wednesday evening and it is doubtful they even will be. You can bet that Mike Tomlin has sent a copy of the plays to the league office though and this will be watched closely in the next meeting between these two teams in Pittsburgh.

UPDATE: Here is the rule below on this and supposedly these were not chop blocks as Yanda was not more than one position away from Birk.

On a running play, A1, an offensive lineman, chops a defensive player after the defensive player has been engaged by A2 (high or low), and the initial alignment of A2 is more than one position away from A1. The rule applies only when the block occurs at a time when the flow of the play is clearly away from A1.

And so, if the center hits a guy high and a tackle hits him low, it’s a penalty. When it’s a center and one of the two guards, the chop block is not illegal. 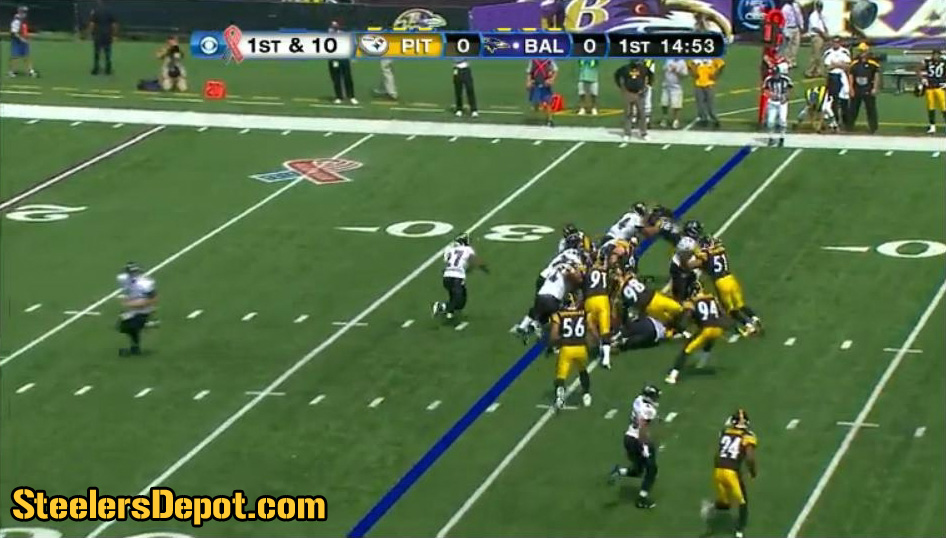 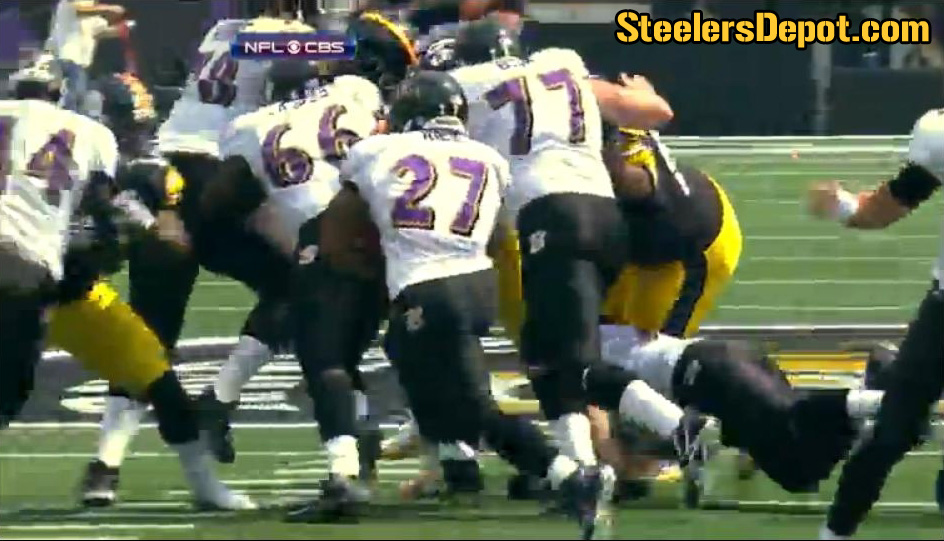