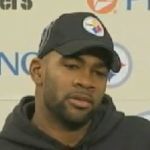 Not too much has been made about the knee surgery that Steelers veteran wide receiver Antwaan Randle El had back in April, but it certainly could signal that his spot on the Steelers 2011 53 man roster is in jeopardy. El chose to have his surgery after the lockout started, according to the reports, and it is a bit curious to why he waited so long to do so. Most players who needed offseason surgery chose to do so prior to the lockout beginning, so that they would be covered under their respective teams insurance. El was forced to use his own insurance instead to cover the surgery.

I suppose it is not such a huge deal that he waited, but I should point out that this is the second time that we know of that the he has had work done on his knees in the last four years. Back in May of 2008, El had arthroscopic right knee surgery to remove floating cartilage while with the Redskins, but did recover in time for the start of the season and never missed a game that year. El has only missed one game during his nine year career due to injury as he was sidelined with a hamstring injury in 2007 against the Bills during his second season with the Redskins.

El signed a three year contract with Steelers last offseason and started the year as the teams number three receiver. He slowly saw his role diminish though and rookie Emmanuel Sanders eventually overtook him on the depth chart mid way through the season. Sanders ended up playing nearly 140 more snaps on offense than El did through the Super Bowl and it would have been more had Sanders not injured his foot against the Packers. In addition to Sanders, fellow rookie Antonio Brown also saw his snaps increase late in the year as well.

Currently, El has several obstacles staring him in the face on the bottom of the Steelers depth chart, prior to the start of training camp, as fellow veteran Arnaz Battle is a proven contributor on special teams and 4th year receiver Limas Sweed looks to rebound from a torn left Achilles tendon. The days of El contributing on special teams as a punt returner are far behind him now and that could end up being the final nail in his proverbial coffin as the Steelers prefer to have non-starters contribute greatly on special teams to justify getting a helmet. While El does offer the ability to used in trick plays as a passer, it will not be enough to justify keeping him should Sweed show any signs of improvement. The Steelers also have receivers Tyler Grisham and Wes Lyons signed to their offseason roster to press both Sweed and Battle for their respective roster spots and they likely will add another camp body or two as soon as the lockout is over.

The three-year, $7 million contract that El signed last offseason included a $900,000 signing bonus, and the Steelers would be forced to eat $600,000 of it as dead money against the cap should they indeed release El prior to the start of the season. That is not a huge liability though, especially if the salary cap is raised in the new CBA. During his season wrap-up press conference following the Super Bowl, El said he would love to be back in Pittsburgh in 2011, but also acknowledged that it is a numbers game due to the young receivers playing very well last year as he put it.

Prior to the word of the recent surgery taking place, I thought that El still had an outside shot at making the 2011 roster, but since then my opinion has changed. El will turn 32 in August and following a second offseason knee surgery, the risk of keeping him now becomes even greater. Those are two numbers you do not want to see in the proverbial numbers game and it is a game that El will likely lose this time around.