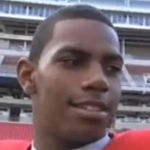 Ohio State quarterback Terrelle Pryor announced through his attorney on Tuesday that he would not be returning to the Buckeyes in 2011. Pryor was already suspended for the first five games of the 2011 season for accepting improper benefits and has been under further scrutiny since Buckeyes head coach Jim Tressel resigned a little over a week ago.

Although he has yet to make it official, Pryor will most likely enter the NFL supplemental draft if there is one. One team you can bet will not have interest in burning a 2012 draft pick on Pryor is the Steelers. While there is talk that Pryor, who is an impressive athlete, could make the move to wide receiver at the next level, it still would not be enough to warrant a pick from the Steelers. Pryor is not polished enough to be considered anything more than a 3rd string quarterback at best in the NFL and a move to receiver would be considered a long term project. The Steelers are set right now for the 2011 season at both the quarterback and wide receiver positions and Pryor would at best be a practice squad candidate as it stands right now.

If indeed a supplemental draft is held at some point prior to the season, Pryor figures to be drafted in the 4th or 5th round at the highest. Any team that takes him higher than that is surely taking a huge risk and likely has an extra mid round pick to burn from previous trades.

Get it out of your head right now. Pryor will not be a Steeler. Move along now!