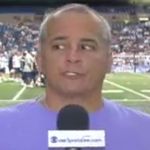 CBSSports.com Senior Writer Pete Prisco named Steelers safety Troy Polamalu the league\’s most-overrated player on Thursday so I think it deserves a rebuttal by breaking down the post of Prisco.

Prisco states that the Packers exposed Polamalu in the Super Bowl and says he isn\’t great in coverage. As far as the Super Bowl goes, Polamalu was thrown at just twice according to the play charting on Pro Football Focus and yes both passes were caught with one going for a touchdown. The fault of the touchdown can be disputed though and even Steelers defensive coordinator Dick LeBeau said just this week in an interview with Jim Wexell that the touchdown was not on Troy. Regardless, are you really going to boil down a player as being overrated in one game when he was not 100%?

As far as the coverage comments Prisco made, PFF has Polamalu as being targeted 122 times in total over the last 3 seasons and giving up just 64 receptions for 620 yards. They charge Polamalu with 4 touchdowns over those 3 years and he intercepted 18 passes and defensed 11 of them. Also over that course of time he has allowed just 9.7 yards per catch while allowing just 4.1 yards after the catch. Let us now compare those stats to the Ravens Ed Reed over the last 3 seasons. Reed was targeted 85 times during that same span and gave up 45 receptions for 600 yards. He also allowed 13.3 yards per catch, 3.6 more than Polamalu and charged with 8 touchdowns. The two nearly have the same completion percentage against when thrown at and have given up around the same amount of yards after the catch as well. Reed has 24 interceptions over the last 3 seasons, 6 more than Polamalu, but is also able to play more of a center field role as a free safety. Regardless, the two are great players and if Prisco calls Polamalu overrated then I guess Reed is as well. As far as the comment about facing good quarterbacks and them taking advantage of his aggressive style, Prisco list Tom Brady as an example. During the week 10 match-up this past season, Polamalu was not even credited as being thrown at in that game by PFF. Also Prisco obviously missed watching that game and how William Gay was the one that was really victimized in that game. Also the Steelers cover 3 style is more inclined to give up shorter pass plays underneath in lieu of giving up the big play. I wonder if Prisco understands the defensive X\’s and O\’s as much as he thinks he does.

Prisco continues on to say that “they” say Polamalu had a groin issue in the playoffs. Who ever said that? Where are “they”? It was an Achilles injury that sidelined Polamalu in 2010, not a groin injury. I even double checked that with sources close to Polamalu prior to writing this post and the groin was never an issue with him. Prisco should stick with facts and that his obviously not his strongest suit as you can see. Prisco continues on with the injury angle and the games missed by Polamalu over the years. Over the last 6 seasons Troy has indeed missed 18 games due to injury, but Reed has missed 16 over that same length of time. Prisco says hat has to mean something in the rating game. If so, he must mean once again that Reed is overrated as well.

Prisco surely missed the boat on this piece and he surely did not do enough research prior writing it. To say Polamalu, or Reed for that matter, is overrated is foolish and irresponsible. Polamalu is one of the best safeties to play the game. Not only do his splash plays turn games around on a dime, his play is stellar both inside and outside the box and very consistent. He may gamble a time or two, but to make big plays on defense in the NFL, you have to rely on your instincts as much as you do your ability and Polamalu is truly gifted in both of those characteristics.

Polamalu is far from overrated. Prisco writing about football where facts are concerned is what is really overrated.