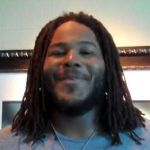 A little over a year ago the Steelers drafted Tennessee tackle Chris Scott in the 5th round of the 2010 NFL Draft with hopes he could provide some depth at both the tackle and the guard position. Offensive line coach Sean Kugler said immediately after the selection that Scott is a physical player that has some position flexibility at both the tackle and guard position. Kugler noted that Scott, who was primarily a left tackle at Tennessee, could also play on the right side as well. The position flexibility that Kugler mentions stems from the fact that Scott broke into the Volunteers lineup at the right guard spot before being moved to left tackle.

Mini camps and OTA sessions seemed to be going good for Scott after he was drafted as he saw time at left tackle and received some work at guard as well. Then disaster hit as Scott injured his foot late in June while working out back in Tennessee and needed surgery to correct the break. The injury cost Scott all of training camp and preseason as he was placed on the PUP (Physically Unable To Perform) list where he stayed until activated in the early part of November when left tackle Max Starks was placed on injured reserve with a neck injury.

The best thing about Scott getting activated to the roster when Starks went down was the fact he could finally get on the practice field again for the first time since the post draft OTA sessions. While his reps were likely few and far between, they were reps nonetheless and well needed ones at that. Since that time there have hardly been any updates of where he worked on the line and how he looked. He remains one of the biggest unknown quantities the Steelers have heading into his second season.

One of the biggest knocks on Scott prior to the draft was his inconsistent footwork and lack of lateral range. He measured in at the 2010 combine at 6 foot 4 and a 1/2 and weighed 319 pounds. His arm length was an acceptable 34 1/8 inches, but the times he turned in for the 40 yard dash, 20 yard shuttle and 3 cone drill certainly exposed his lack of speed, short area quickness and inability to change directions fast. These all add up to reasons as to why he lasted so long in the draft.

Now that the Steelers have drafted tackle Marcus Gilbert in the 2nd round of the 2011 draft and guard Keith Williams in the 6th, Scott will have to use what little work he has had in the practice offense to gain whatever advantage he can over the two rookies. Scott also needs several things to break his way in addition to some great early practices whenever they get started following the lockout. Gilbert is a near lock to make the 53 man roster so that could leave Scott to battle former Volunteers line-mate Ramon Foster and Williams for a spot on the roster. Should Willie Colon wind up being deemed an unrestricted free agent and move on elsewhere in 2011, it would certainly help the odds of Scott making the roster. One thing that could put Scott back behind the 8 ball once again though is if the Steelers choose to re-sign unrestricted free agent tackle Jonathan Scott. Scott came on strong late in the season in relief of the injured Starks and there were reportedly some early talks about re-signing him prior to the lockout beginning.

The Steelers carried just 9 linemen on the 53 man roster in 2010 and liked to dress just 7 every week on game day. Backup center Doug Legursky is also an easy lock to grab one of the non-starter line spots along with Gilbert; so that leaves just two spots left assuming Colon and Flozell Adams both return. That leaves two spots for Scott, Foster and the rookie Williams to battle over. Foster has the experience over the other two and has the flexibility to play all four spots on the line. Williams appears initially to be the most athletic of the three, but seems destined to be a guard only. He also will be hurt in his development the longer the lockout rolls on. Where does Scott fit in? More than likely he is best suited to be a swing right side guy as his footwork and lack of speed seems inadequate for a left side spot. If he is able to show he has improved on these areas during training camp, he could indeed make it hard for the Steelers to cut him. There is always an outside shot the Steelers could carry 10 linemen out of camp and that would certainly help the chances of Scott making the roster. I would not be willing to bet on that extra spot though.

5th round draft picks are easy to cut because their small signing bonuses are very easy to eat as dead money. Scott can\’t afford to miss any time during training camp again due to injury and he must stick out head and shoulders above the rookies during the pre season games. His position flexibility must be apparent or he will truly remain the forgotten draft pick of 2010 class.