We all knew running back Willie Parker would not be re-signed this past offseason. The writing was on the wall and he clearly is not the same running back he once was. The league must of thought the same thing as it showed with the lukewarm reception he got in free agency. The Redskins ended up being the landing spot for Parker as he signed a one year contract laced with incentives and only a $850,000 base salary.

The Redskins posted their first updated training camp depth chart on its Web site Monday afternoon, the same chart that hangs in the team\’s locker room. According to it, Parker appears slated to enter the team\’s first preseason game as the Redskins No. 4 running back, behind Clinton Portis, Larry Johnson and Ryan Torain. Parker is no special teams warrior, so as it stands right now, Willie could be back on the streets again in a few weeks looking for a job.

The Steelers current running back depth chart has very limited NFL game experience and as it looks right now will consist of 3rd year man Rashard Mendenhall, veteran third down back Mewelde Moore and undrafted practice squad hold over Isaac Redman. Rookie draft pick Jonathan Dwyer can\’t really be thrown in the mix right now as he has missed early time in camp with a hamstring injury and is in a battle to merely make the 53 man roster at this point. He may be better suited for the practice squad as it looks right now, but there is quite a ways to go before that decision needs to be made.

Back to Fast Willie. It begs asking whether or not the Steelers would be interested in bringing back Parker should he be released from the Redskins in 4 plus weeks. Parker might be a bit more humbled after his free agent experience and be willing to come back on a one year deal to back up Mendenhall. Parker has a bad taste in his mouth, but clearly understands know he is no longer an every down starter in the NFL. He does however know the Steelers system and could help add some veteran presence at the position if he tucks his pride down deep.

Do I think it will happen? A little over a year ago, I wrote about how he would be running out of town following the season. I am not willing to say he will now be running back to the Steelers by no means, but it makes the most sense if indeed the Steelers are not happy with the depth at the position. Regardless, I do not think this post will be the last one you read before week 1 that links Parker back to the Steelers. Stay tuned! Poll question below.

Click on the screenshots below to see 2009 Willie Parker Week 17 vs. Dolphins highlights. 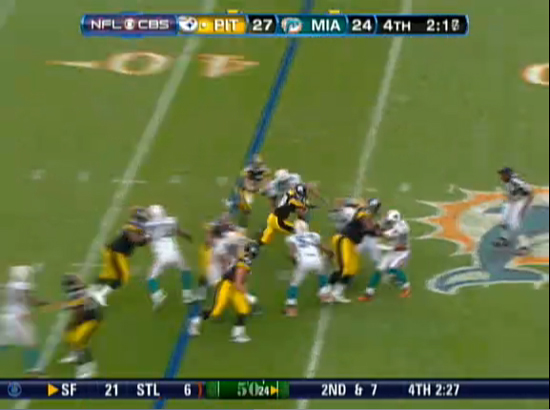 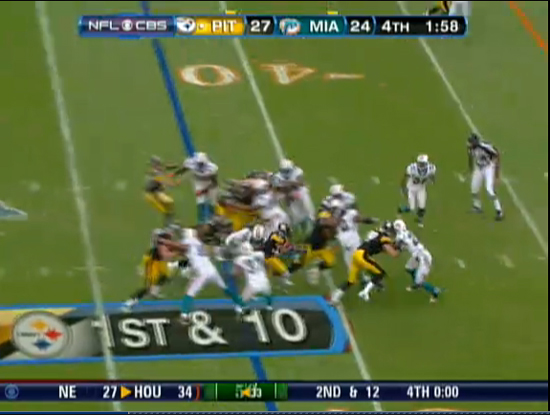