I broke down the Byron Leftwich to Mike Wallace touchdown against the Giants in 9 pictures to give a birds eye look at how Leftwich worked over the deep safety, Michael Greco and freezes him while Wallace runs right past cornerback Bruce Johnson. 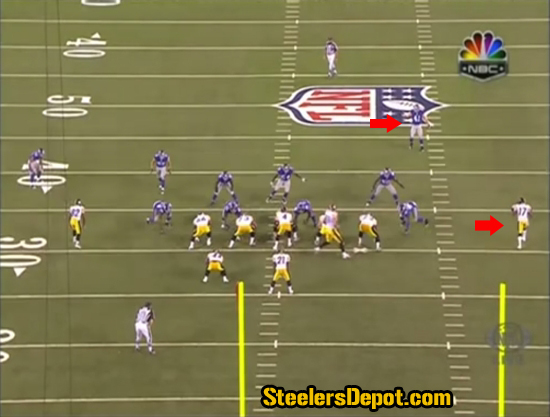 Pre snap with tight end Matt Spaeth in motion. Wallace (red arrow) is lined up with Bruce Johnson to the outside of him and Greco (red arrow) should be covering over the top as the deep safety playing center field. 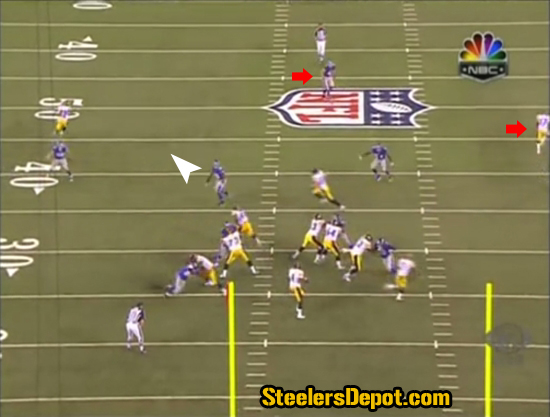 A nice line of sight for Leeftwich with a nice pocket formed. He is looking left as Antwaan Randle El is slanting in and Spaeth is crossing the middle of the field. Wallace (red arrow) is driving Johnson to the numbers before sticking his foot in the ground and breaking towards the middle lane. Greco (red arrow) is staring down Leftwich. 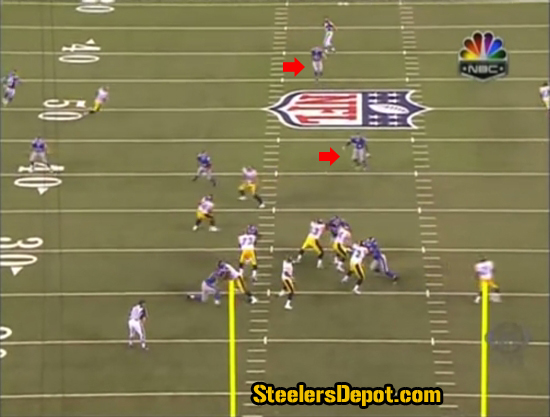 Leftwich cocks back for pump fake as if he is going down the middle of the field to El and begins to freeze Greco (red arrow) and a linebacker (red arrow). Wallace has started to break for the goal post. 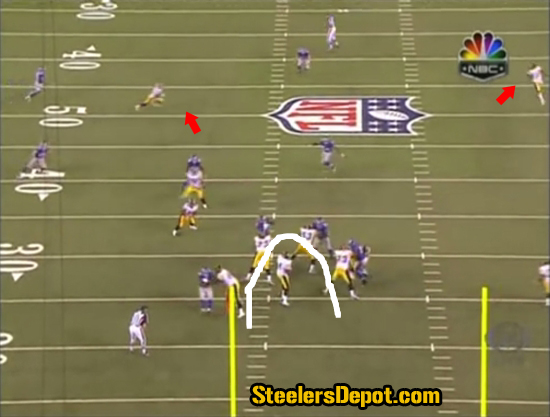 Leftwich is patting the ball on the pump fake as you will see in the next picture below. You can clearly see the routes El (red arrow) and Wallace (red arrow) are running. Look at the nice pocket Leftwich has to step into to. Probably the best pass blocked play this preseason. Greco sits flat footed in center field. 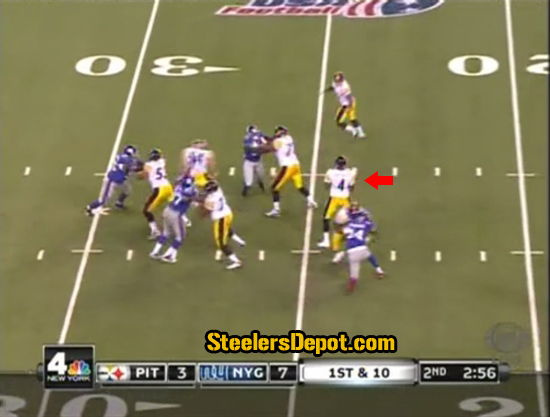 As mentioned, this is the other angle of Leftwich patting the ball after pump fake and his head is squarely turned to Wallace as he knows he has the safety Greco frozen and Wallace off to the races. Another great look at the pocket with Mewelde Moore peeled out as a safety valve dump off. 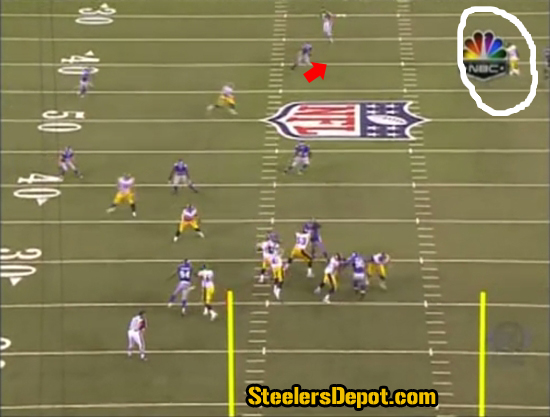 Look at the separation Wallace has as Johnson just now is coming into frame. Leftwich is just about to let it fly and Greco (red arrow) has just turned to try to help, but even with Wallace who is in 5th gear. Pocket remains formed with great protection. 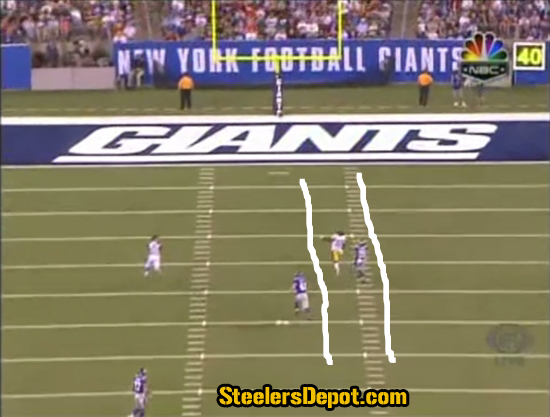 What a great, easy route by Wallace. This is his speciality as he has Johnson beat and only needs to hope Leftwich does not under throw him. 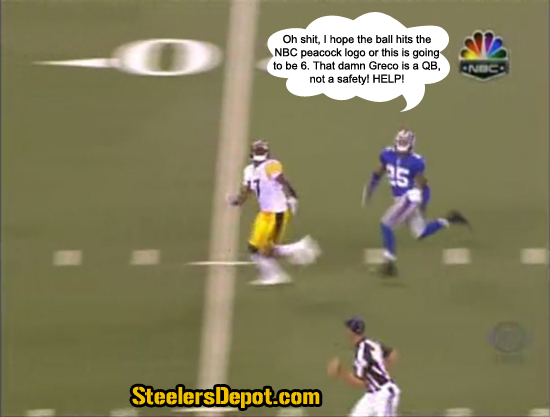 I will let Johnson tell you his thoughts on this shot and what is going through his head. 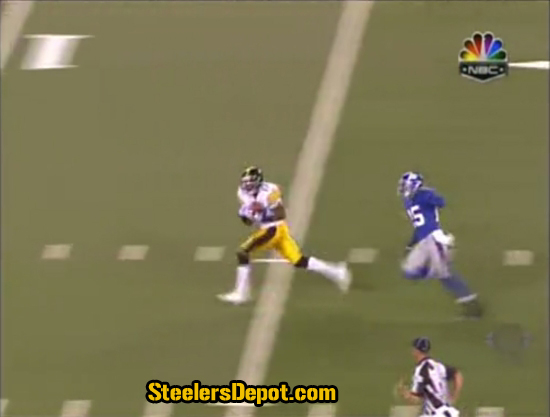 The eagle has landed as Wallace is in full stride making the catch. It should be noted that Greco was released today as he was a quarterback turned safety experiment that is now over. Perhaps thanks in part to this play. He suffered a knee injury as well in this game I believe, but am not sure if it was on this play that Leftwich buckled his knees.