If you watched the game on Sunday, you certainly remeber the play that Daunte Culpepper hit fullback Jerome Felton with a pass in the short middle area of the field that ended up going for 27 yards. I have that play broken down in the pictures below. 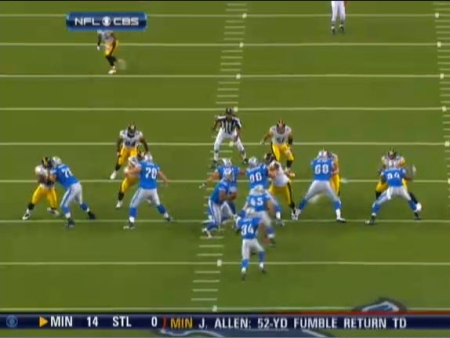 At the snap, you see both Lawrence Timmons and James Farrior freeze to see if it pass or run. LaMarr Woodley is engaged with Lions tight end Brandon Pettigrew, but will soon release to drop into coverage. You will also notice safety Tyrone Clark in the top left going back to help Ike Taylor in coverage of Dennis Northcutt. 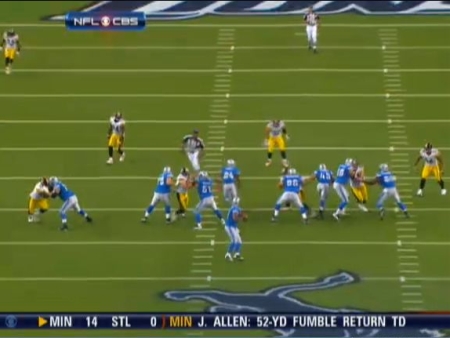 In this photo, Woodley is now not engaged with the tight end, Farrior and Timmons seem frozen in their tracks when by now they should now pass with no tight ends in the pattern. Carter too seems frozen. 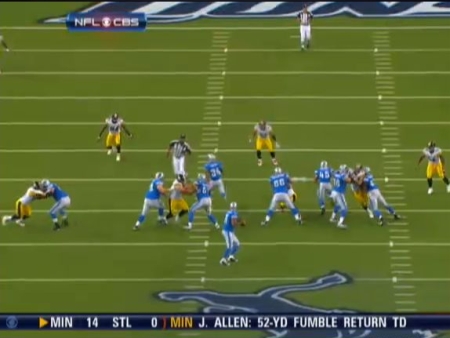 Timmons, Farrior and Woodley all sense pass now. Woodley has to hold the edge, Farrior does not see Felton still and both he and Timmons both break for running back Kevin Smith. In my opinion this is where Troy would have been at least breaking back into frame, whereas Carter is out of frame. In reality Farrior should likely have coverage on Felton. 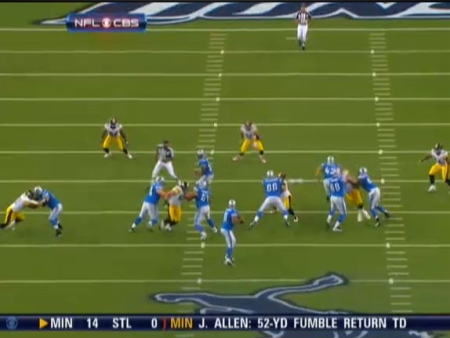 Woodley still is holding the edge both Timmons and Farrior break towards Smith. Safety Ryan Clark is out in coverage helping William Gay and Carter is still not breaking back in frame. Felton is clearly now in his pattern while Smith is turning to sit down in soft coverage. 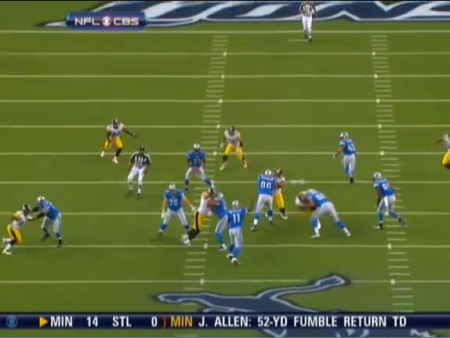 Woodley has his "oh crap" moment now, but it is too late. In my opinion he held the edge as he should of done. Timmons and Farrior are headed squarely for Smith and Felton runs straight down the middle. Still no Carter in sight. 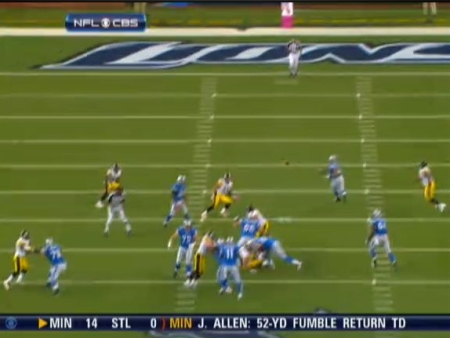 All three linebackers break after the fact. Still no Carter anywhere in sight. Troy would of clearly been in the frame by now and sniffed this for a minimal gain. 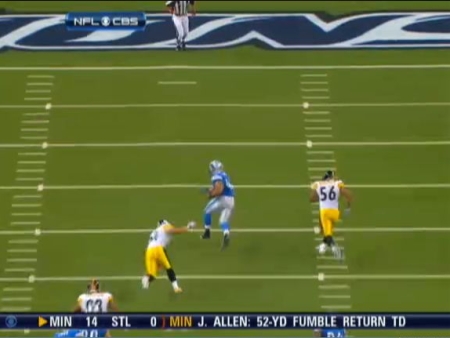 The chase is on. 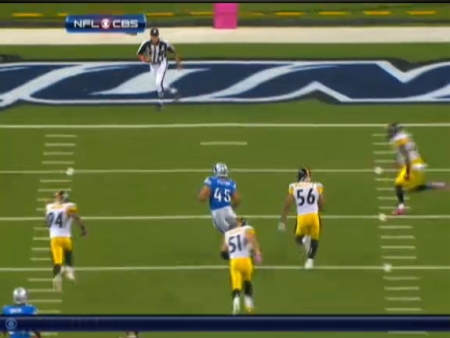 Here comes the free safety Clark. Still no strong safety in the form of Carter. 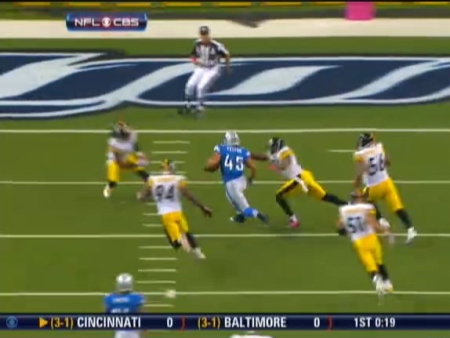 So nice of Tyrone to finally join the party!

In closing this was a well designed play, but should of only gone for 13 yards at most. Polamalu has a sixth sense of smelling these things out and helping limiting the gain. The Farrior miss was a miss nonetheless, but with only two wide receivers in the pattern with two backs, Carter could of and should of sniffed this out earlier.